Here you will find articles on local entertainment news for Hong Kong. If you would like to submit any news to this section please get in touch.

The Chemical Brothers and Die Antwoord confirmed for Clockenflap 2016 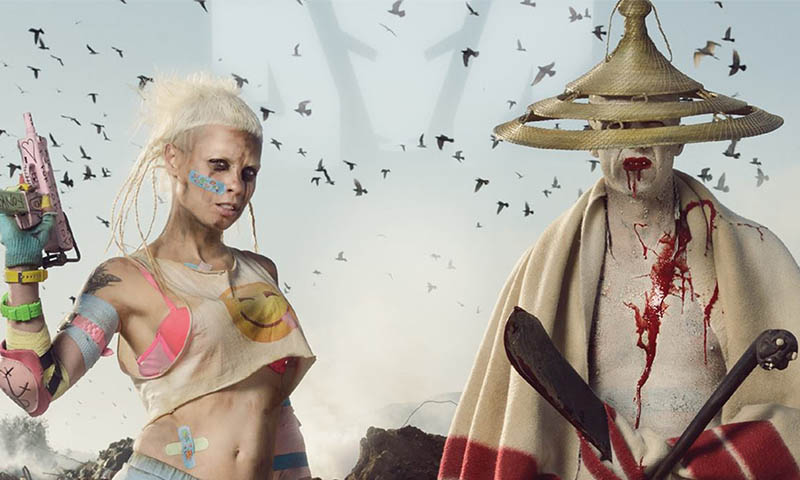 We thought we lucked out when initial announcements for the Clockenflap lineup featured the likes of Sigur Rós and Foals, but the latest update—with additions including The Chemical Brothers, Die Antwoord, Blood Orange and Yo La Tengo—has us excited more than ever for November to arrive.

The Chemical Brothers from the UK are simply legends in the dance music community producing some massive timeless tracks and have performed all over the world. Die Antwoord are from South Africa and honestly I first heard about them when I watched the film Chappie. Since then I have explored their music and can't wait to see them live in Hong Kong. Watch a selection of their music videos below and for the full line-up of Clockenflap, click here.

Joe Bananas is looking for a live band, is that you?

Joe Bananas one of the most iconic live music venues in Hong Kong is currently looking for a live 7 piece band. Is that you? Check out the details below:

SAI MATA GROUP is a Hong Kong based of companies operating 4 of the most popular club/bars & restaurants in HONG KONG, namely, Escape, JB Live-Joe Bananas, Graffiti and RIO with such venues situated throughout Hong Kong. 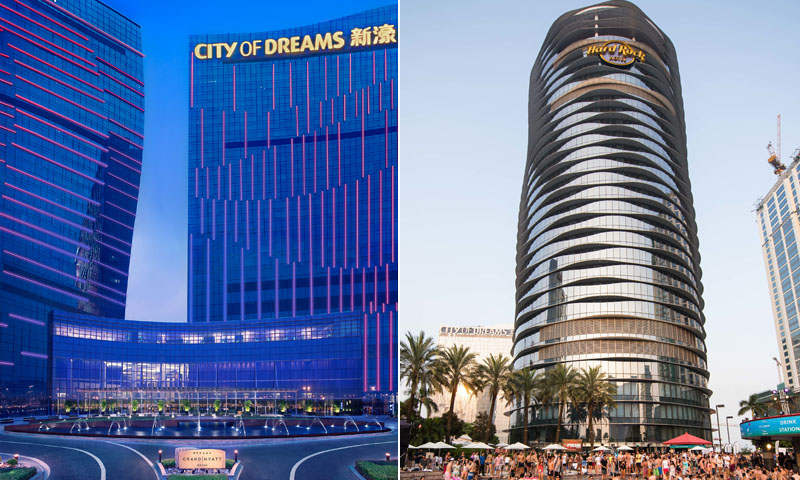 The mission of The Asia Music Conference (TAMC) is to assemble electronic music’s most legendary and innovative artists and professionals from across the globe to demonstrate the huge potential of Electronic Dance Music throughout Asia.
The Conference consists of 3 days of events - a networking cocktail, seminars and a pool party located at the City of Dreams integrated resort in Macau, China. Registration for the Conference is now available at www.tamcasia.com.

Registration and lunch is between 12pm to 2pm, then the TAMC Seminars will start at 2pm until 8pm.

This year will be a HKSEVENS Kick-off Concert on Wednesday, 6 April, at the Sevens Village directly across from the Stadium. David Hasselhoff will be the host of the concert and will also appear inside the Stadium throughout Sevens weekend. He will also be joined by Scottish rockers The Proclaimers and ABBA tribute band Björn Again.

Tickets for the concert, which is capped at 3,500 spectators, will be available for: HK$199 and will go on sale from 1 March through Ticketflap.

Artist and Performer Employment Visa - Do they need one for Hong Kong?

If you have an artist/performer coming to Hong Kong to perform for one/two hours (paid or unpaid) you need to apply for an employment visa for them to be legally allowed to perform in Hong Kong.

The application is very similar to someone coming to work in Hong Kong on a full time basis. The difference is that some of the material requested by the Hong Kong Immigration Department will vary between the cases.

The Hong Kong Immigration Department have a specific list of what is required for a successful applicant and it is important to be able to deliver all of this at one time, complete and in order. This allows them to complete their review in one time and make their decision on if the case is going to be approved, more information is required, or it is to be rejected. 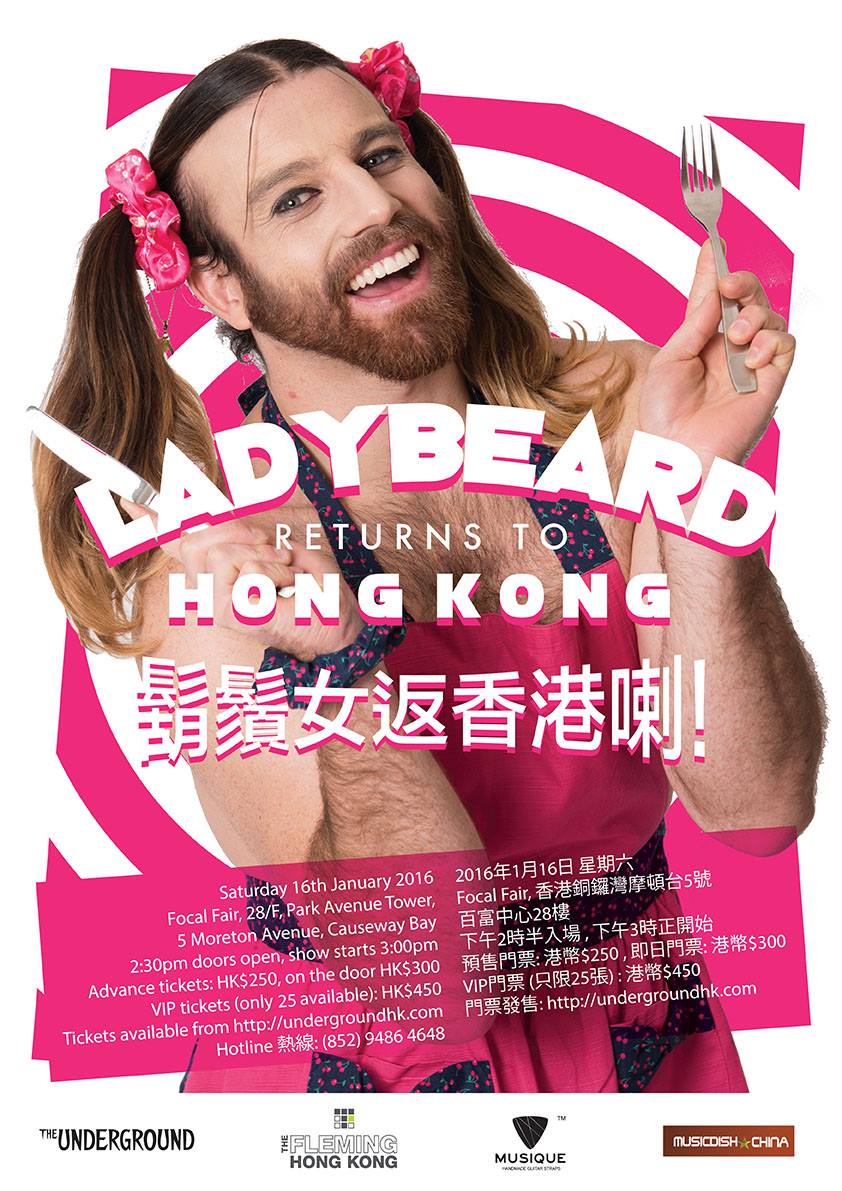 Ladybeard is returning to Hong Kong on 16th January, 2016 at the Focal Fair! His side project Ladybaby, a pop metal band with two teen girls whose debut single, has gained over 10 million views on YouTube. Advance tickets are $250HKD and VIP tickets are $450HKD. Tickets for the afternoon's show were sold out, evening's show has just been added!! Starts at 9:00pm, door open at 8:30pm.

According to Ladybeard's doctor, she has lost her voice and has a high fever. She is very sorry to disappoint her Hong Kong fans. Previously purchased tickets for the two shows on January 16 will be honored on the rescheduled date of April 16th 2016.​ Those who wish to obtain a refund from thepointofsale.hk may do so by emailing chris@thepointofsale.hk

The wait is over! Clockenflap 2015 has announced its final music and art line-up along with additions to its collection of culinary experiences and family entertainment. The festival is also pleased to debut the Clockenflap Festival smartphone app, where you can easily view the full festival lineup and schedule (music, art and film). Read on and see the full festival schedule!

$300 OFF Junkzilla - The largest Junk Party of the summer

The party will be GROUVLY STYLE where the number 3 is the magic number! How awesome is that! Read on and know more!

It’s time to catch up and see what exciting things everyone have planned for the rest of 2015. Reconnect with old friends and meet new ones at EventNetwork.hk No.8 on the 29th July, 2015!

On this evening, we are fortunate enough to showcase Fizz, the venue and Blue Harbour Spirits. All guests will have one complimentary vodka drink and delicious canapés.

Here at EventNetwork.hk, we look to bring local and expat professionals from the vibrant event and entertainment industry together to help expand your network.
The aim is to create an environment where professionals can exchange ideas and be inspired through meeting different industry professionals. EventNetwork.hk provides venues and activities where there is an opportunity to showcase your talents and most importantly, to have fun!

We look forward to seeing you all on Wednesday 29th July at Fizz.

All you fans should be in the know by now but if you didn't, Happy Mondays will be playing live in Hong Kong on the 28th July! For one night only, you'll be able to dance to "one of the wildest, most rock & roll bands ever"... Sounds good? The even better news is that we are giving out a pair of FREE TICKETS for HKClubbers! Enter below the cut now!