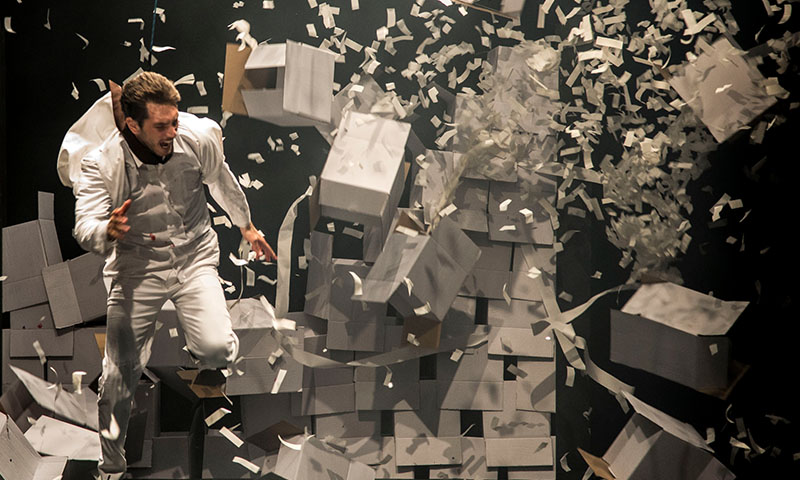 What to watch next after Lion King? Here is another theatre show you have to see in this year. Coming up on May 12, 2020, Fuerza Bruta is coming to Hong Kong finally after they have performed once in Macau last year. After nine successful years off-Broadway in New York, this is the first-ever time performing at Freespace, the contemporary performance space at the heart of the West Kowloon Art Park. This breath-taking spectacle is with a special VIP gala premiere set for May 13.

Translated from Spanish as ‘brute force’ Fuerza Bruta redefines timeless storytelling, transcends the conventions and limitations of language with a multi-sensory kaleidoscope of cultural and societal themes, and breathtakingly narrates through the universal prose of colour, sound and movement.

It’s no surprise that after almost 6,000 performances, Fuerza Bruta has a cult global following that counts among its celebrity supportersUsher, who incorporated elements of the show into the music video of his acclaimed hit Scream and even performed in Fuerza Bruta shows as part of the promotion of his album Looking 4 Myself. As such, Fuerza Bruta: Look up Hong Kong will be one of the first multiple-day-shows to be held at The Box, a newly developed space at the heart of Freespace that’s now the city’s largest black box theatre.