Talk about the definition of being a music loving dream chaser in Hong Kong; it might be heavily filled with words like “nonsense”, “irrational” and “unobtainable”, for most of the older generations here still holds a strong belief in the traditional Asian upbringing of pure education and career profession as being the only way out. But as the world changes, with the younger generation rising for their voices to be heard within political arenas and social issues; it is no longer so easy to define what a real dream chaser in Hong Kong is able to achieve anymore.

As the world’s number one DJ Armin van Buuren saluted the huge crowd in front of him at the main stage, the crescendo of fireworks came to a close, and the Book of Secrets closed for the final time, all in attendance took a moment to absorb what they had just witnessed. What an experience it had been.

I have to say it was the best Friday after work event to attend! Hosted by Heineken, the Star Serve Bartender Final just happened on the 6th of September, attracting a lovely crowd to visit The One’s L16 The Air venue for the event. Sitting relaxed with a cup of Heineken in hand, guests including me listened closely to Heineken Beer Master Franck Evers as he explains to audiences the art of beer serving with local celebrity Ella Koon demonstrating the 5 steps of serving.

The internationally loved DJ Avicii came to Hong Kong for his performance along with numerous supporting acts just the beginning of June. I had the chance to go see it for myself, and have to admit was quite blown away by my first EDM performance experience.

Just the previous Sunday, I was trooping down Sai Ying Pun in search of my destination by following the noises “thump thump” from the music bass. Just around the corner, there are already numerous trendy looking groups of people with drinks in their hands, head bobbing with a smile. Instead of being greeted with a huge Adidas Do Over sign, it was a small hidden area with a small gate entrance, followed by heaps of people in the lineup. Much like an underground house party, the place was packed, heated with energy, with the great music that most of us were there for.

Carlsberg’s unique ‘Where’s The Party?’ event recently brought its entourage to the Pearl of the Orient – Penang for the one-of-its-kind party this year. Action packed with a marathon of games, assembly of international music maestro’s and ice cold Carlsberg beer, and the event was a rally of energetic vibes from beginning to end.

The distinct party series offers young party-goers the ultimate party experience. The mystery event hones in on consumers’ natural fascination with the unknown and challenges the curiosity of those who are bold enough to step out of their comfort zone for greater excitement and rewards.

The place was packed.

So packed that even the “VIPers” had to fight their way through the throngs to get to do whatever they needed to do. There were Skrillex-type females with shaved heads milling about. Drunk Chinese guys pushing and shoving for whatever reason. Scantily clad women in eye popping outfits wondering what they were doing there. Cough and your breath waves could infect 25 people.

You started to have a real fear that there could be a stampede. The bouncers thought that way too. Which is why the tables on either side were removed. And wherever there was space, the crowd glommed.

Regarded as one of Europe’s top festivals, the 19th edition of Mysteryland took place on the 25th August 2012. With a crowd of 60,000 people entering through the gates, organisers ID&T – the brains behind Sensation, amongst other great events – had prepared a visual and audio feast. 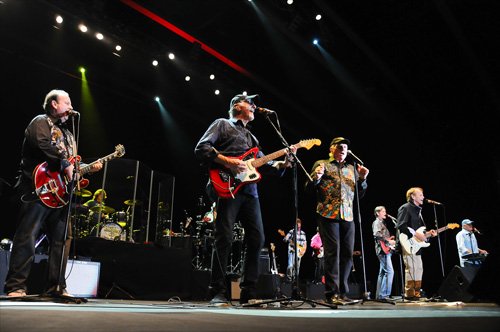 In a word, it was astonishing.

Never mind that the Beach Boys are hardly boys anymore – and that two of the original members (Carl and Dennis) are dead.  And forget too that the group is bolstered by stellar backup musicians (14 on stage in all) who beef up the sound and even take turns singing lead vocals.

The Boys’ encore performance last Sunday (they played the FCC Ball several years ago) was surely one of the concerts of the year at the Hong Kong Convention and Exhibition Center for several reasons…. 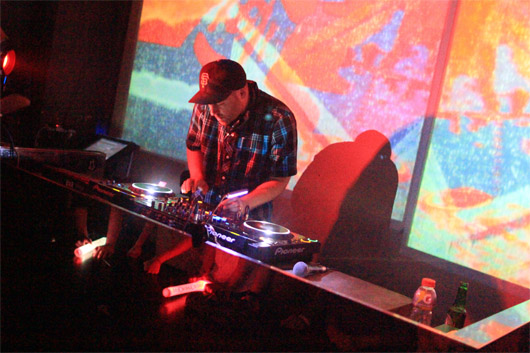 It must be hard being one of the three doormen at Volar, especially when a name act like DJ Shadow is about to do a set.

On the left of the gate are those that want to fork over $300 a ticket, the mini-skirted patrons of brand names and bling bling. In the middle are the hit or miss masses who know somebody who know somebody who supposedly put them on the guest list. And to the right are the ones who HAVE to be let in because they’re Somebody and because everybody they know is downstairs just waiting for them to make their magic arrival.