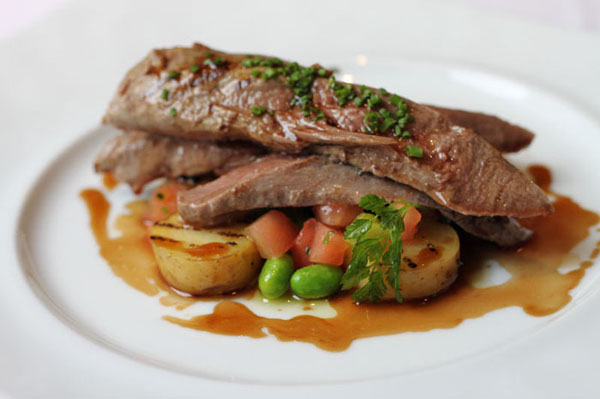 If you’ve been to the re-launch, or the old FINDS then you will know the luscious delicacies that FINDS has to offer.  Just because they have moved across the water by no means does it mean that they have lost their flare:  A distinctly familiar, but unfamiliar new FINDS in TST still manages to excite the gastronomic senses.

A small preview for SilverBlack Card we were welcomed with the FINDS cocktails, I opted for something new so chose the Mojo: a twist on the classic mojito with the zang of grapefruit.  Soon we were whisked onto Jaako’s taste sensations and started with “Smoked Danish Mackerel Mousse”.  Personally, I’m not a big smoked fish fan, but this was light and airy on the rye crisp bread that my plate was soon clean.

Next was my favourite dish of the evening: “Jaakko’s Spring Salad”.  Simple, fresh, subtle and colourful this dish was DIVINE!  The tomatoes were brimming with intensity that I could never have imagined.  Moving swiftly to the mains we had the “Slow-baked fillet of John Dory” where the fish was superbly meaty and rich then the “Spring Lamb Tenderloin” which just melted in the mouth.

We finished with one of the best desserts I’ve had in a long time: “Banana-Toffee pie”, so rich and wholesome I didn’t want it to end!  As a surprise we also were given a super exciting Mixology ice-cream dipped in liquid hydrogen which simply put the icing on the cake!

So, what is holding you back?  Make the reservation, get the star ferry across and get some FINDS back into your life, I promise you won’t regret it.