Day of the Dead flash-mob tequila-shot promotion by Don Julio! 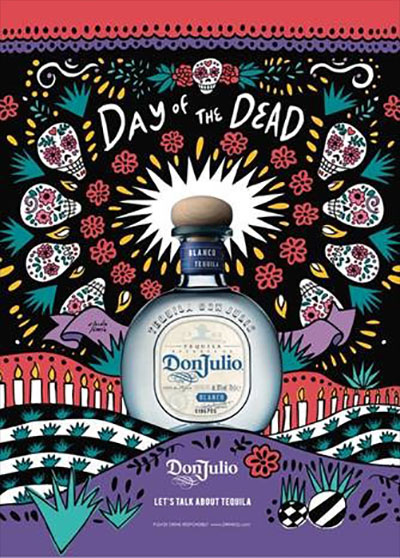 Looking for some post Halloween vibes? Here is the chance for you get some late spooky celebration with Don Julio, Mexico's premium tequila.

“Day of the Dead by Don Julio” promotion in Hong Kong with a flash-mob tequila-shot team hitting up the venues in Lan Kwai Fong and Wyndham Street on Friday night, November 1, from 10pm-12midnight.

The venues in Lan Kwai Fong and Wyndham Street, each decked out in colorful “Day of the Dead”-inspired décor, participating in this Don Julio Tequila celebration include: Fofo By El Willy, Gate, Gishiki, Mine, Runway, Tao and Zin plus a host of other locations.

Each of the venues will feature Don Julio Tequila including:

So do not hesitate and come join the celebration!