All About the Brew: Little Creatures Hong Kong 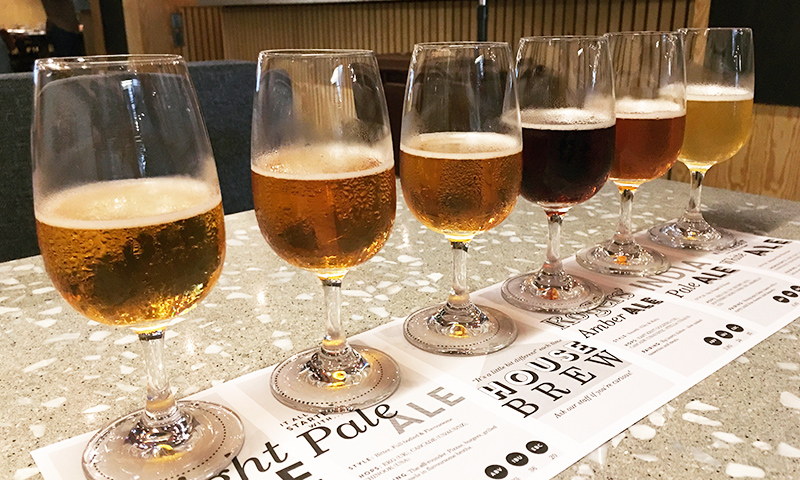 Everything revolves around the beer at Little Creatures in Kennedy Town. Started a group of friends in Fremantle, a port in the Australian city of Perth, the humble eatery and bar has now expanded to several locations Down Under before hitting our shores here in Hong Kong. Keeping with the tradition of refitting sites (the original Little Creatures was started at an old crocodile farm), the K-Town location has sprung up in place of a sugar and flour factory near the waterfront. Read up on the hits and misses of our visit below the cut.

The first thing that will hit you is the space — 6,000 square feet in fact. So much space for activities. The ceilings are high, the walkways wide and the table real estate aplenty. 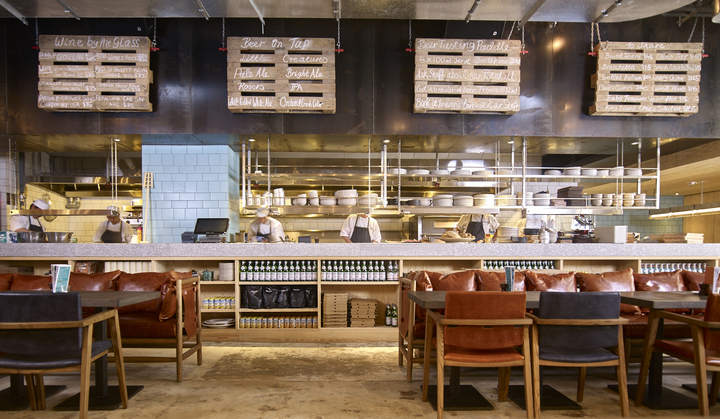 Then you’ll spot the huge beer vats behind the bar, where three beers are brewed on site, including a local riff on Little Creatures’ signature pale ale — the “Early Days” pale ale.

The Aussies obviously haven't caught on with the Hong Kong trend of cramming tables and diners together — there’s apparently space for 200 in the dining room and up to 100 near the bar area. But we reckon they could squeeze more in if they really wanted. Let’s hope that doesn’t happen.

Then you’ll overhear the Aussie accents from staff and expats who have flocked to this Kennedy Town spot for a touch of Fremantle in the SAR. 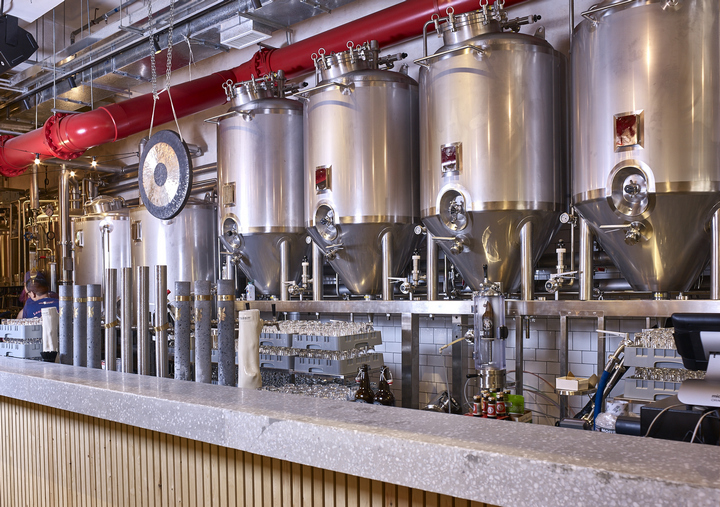 Now to the beers. Basically, you can drink however you like at Little Creatures — knock back pints of pale ale, sample heavier dark ales in smaller 285ml glasses or take home a 1.8L jug.

But the beer tasting paddle ($100HKD - pictured on top) is a great place to kick things off, and gives you a chance to sample six craft beers (100ml each). Start from the left with the fruity bright ale, and finish with the White Rabbit white ale — a great palate cleanser to finish.

The Rogers’ amber ale is delightfully fruity and light, with just 3.8 percent alcohol, so you can easily knock back glass after glass. The India pale ale is perhaps for more seasoned craft beer drinkers, and is exactly as described — big, rugged and hoppy.

In the food stakes, Little Creatures also pumps out some tasty food to pair with your beer. There's plenty of ways to eat — choose a few snacks for grazing, order small and large plates for sharing, or just order something for yourself.

Unless you're missing the taste of avocado, give the smash avocado bowl ($85HKD for small), served with tomato, coriander and toasted tortilla, a miss. We can't justify forking out so much for a dollop of smashed avo.

Instead, try the crispy chicken with chilli pineapple sauce (HK$125) -- bite-sized pieces of perfectly-cooked fried chicken. Then wash it down with Little Creatures' signature pale ale.

Little Creatures has really knocked it out of the park and brought something new to Hong Kong. The vibe is relaxed, the service is cheerful and most importantly, the beers are excellent. Finally, a taste of Australia in Hong Kong.