The Envoy and Quinary launch their new Winter Cocktails! 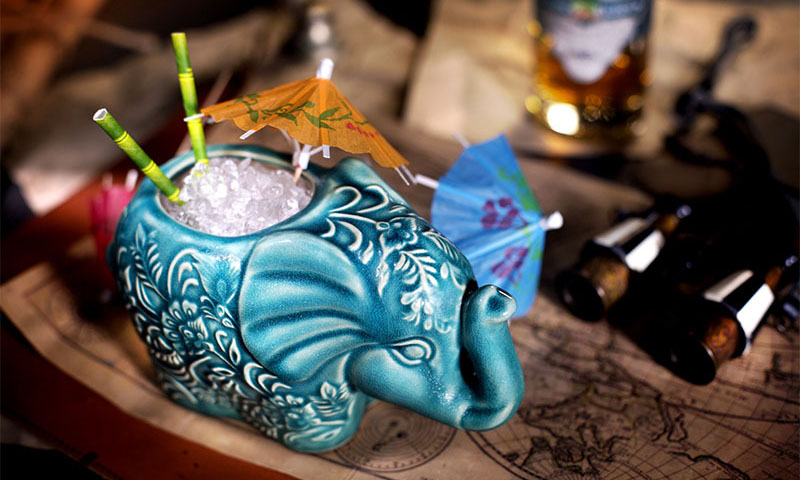 Just in time for that cold time of year in Hong Kong, The Envoy and Quinary launch their new Winter Cocktail menu options. We have not had a chance to try any of them yet, but the Roaming Blue (HK$138) sounds like something that we would order that includes : Ginger slow-cooked gin, reduction of port wine & cinnamon, applesauce, lemon juice, egg white and blossom honey!

Find the full list of these cocktails, descriptions and pricing below:

Elephant’s Tea Party (for two, as seen in the photo above) - $248
Chai tea slow-cooked Beefeater gin, Falernum, lemon juice, lime juice, orgeat syrup. Finished with a spray of cardamom & fenugreek tincture.
Mr Elephant invites you to his charming spiced-tea party — not in Boston, but — in Hong Kong (so no tea goes to waste)! Served in a ceramic elephant for two to share.

Roaming Blue - $138
Ginger slow-cooked gin, reduction of port wine & cinnamon, applesauce, lemon juice, egg white and blossom honey.
In folklore, young men in love wore cornflowers. To revel in a season of romance, celebrate with a heart-warming cocktail and a sprinkle of blue cornflowers as garnish.

Ruby Woo - $128
Reposado tequila, mezcal, ruby port, cranberry & coffee cordial, balsamic vinegar and a spritz of coffee essence.
The exotic Ruby Woo was famed to be as dark & delicious as the colour of seductive lips this season, out to set warm hearts aglow. Her story is presented in a shapely champagne flute.

Ships In The Night - $148
Havana 7 year rum, Earl Grey & red apple syrup, Aperol, Dr. Adam Elmegirab’s Teapot bitters, bourbon barrel smoke.
“Ships that pass in the night, and speak each other in passing…” In such a transient city like Hong Kong, treasure the ones we meet, even if for a short period of time. Who knows if we might see each other again, or not?
Blue Bells (complimentary, served on Christmas + New Year’s Eve only)
Bacardi Carta Blanca, Peach Purée, Monin peach syrup, Monin Blue Curaçao, lemon juice, simple syrup, a splash of champagne.
A seasonal special that is not only beautifully fragrant, but also perfect for festive celebrations! The green leaf tied around the stem of our signature bird glass symbolizes turning over a new leaf, and feeling hopeful for the arrival of Year 2017.

Asia Above by Lofa Lo - $130
With this layered cocktail, first savour the flavours above of warm honey, sea salt & tofu foam, seaweed & yellow bean powder. Then dive down into a chilled mix of spiced rum, Bulleit rye, coffee liqueur, and Frangelico. 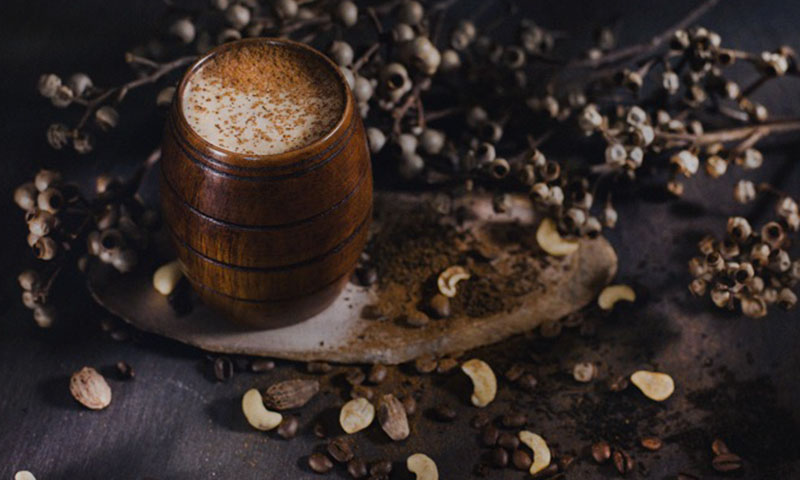