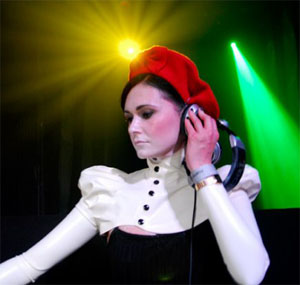 “We were informed this morning (Monday December 28) that Mass, our regular venue of the last 10 years and our location for the Torture Garden New Years Eve event, was served last night with a 28 day closure notice,” TG declared in a statement posted on their website.

The Guardian analysed the longevity of rock stars including Paul McCartney, the Rolling Stones and Neil Young with the declining quality of their musical output this week and concluded it happens ‘perhaps because most musicians have a finite number of ideas’.

"What does seems to be true of everyone from Bob Dylan to David Bowie is that, as musicians age, their creativity starts to fade', the newspaper continued, an assertion club legend Jagz Kooner agreed with.

“We took everything that we disliked about going out to clubs and inverted it; no dressing up like David Beckham,” Mr Mellor told Fox New reporters. "We are simply providing a venue for people who don't subscribe to the standards of 90 per cent of other clubs." “Miami’s Winter Music Conference is mostly about fans and turns almost everyone into a drug mule for five days and nights. Whereas ADE (Amsterdam Dance Event) is music business people getting real music business done. You can leave ADE with solid deals and you pretty much only leave WMC hung over.”

Nowadays clean-living electro/ house legend Tommie Sunshine flew into Amsterdam last week to appear as a guest speaker on various panels; to DJ; to promote his upcoming single 5AM; and to launch new label Brooklyn Fire, and admits he’s pleased with what he’s achieved.

“I am an artist, so taking meetings and scheduling things isn't exactly my forte but I bullshitted my way through it quite well, I felt,” he chuckles.

Drum & bass pioneer Adam F has teamed up with ex EMI Records executive Nick Halkes to produce new single 'Shut The Lights Off!' some 13 years after Halkes first signed him to EMI’s Positiva as an unknown artist.

The commercial dance imprint succeeded in selling over 100,000 units of Adam’s still acclaimed debut album Colours and delivering him a string of top 40 pop hits, though struggled to push him further as drum & bass stayed resolutely underground.

Boy George chatted candidly about his prison experiences with the Times this week and revealed that he was ‘never physically afraid’
during his four months of incarceration.

“If anyone bothered me, I’d have hit them back, no problem. They would have got what they gave me,” he told journalist Alan Franks.

Dirty Vegas Clean Up for Sanchez

Recently reformed UK house trio Dirty Vegas chatted to Skruff this week about teaming up with Roger Sanchez to record the latest edition of his Stealth Live mix CD series and said the Manchester session at Sankeys passed almost without a hitch.

“Before the show we’d already cleared around 30 or 40 tracks, we threw all in a folder and played from that,” they explained.

Richie Hawtin Booted Out Of Berghain

Richie Hawtin Booted Out Of Berghain

Minimal techno hero Richie Hawtin was amongst a group of revellers thrown out of Berlin superclub Berghain last weekend, after a curtain dividing the DJ booth from a backstage area was reportedly torn down (Electronic Beats).

Deep Dish DJ Dubfire, who’d been played a 6 hour set at the club earlier, Twittered about the incident, calling the club’s bouncers total pricks’ and accusing them of ‘roughing up a lot of our crew’ while Hawtin used Facebook to register his displeasure.

Homophobic bullies who were caught on CCTV trying to assault two transvestites were given community service orders this week, after their lawyer explained both had been drinking vast quantities of alcohol.

“You know it cannot have been a good night when you get into a fight with two cross-dressing men,” quipped defence lawyer Mark Davies told Swansea Magistrates’ Court, “Unfortunately they were extremely drunk (Daily Telegraph)

Much more hilariously, both thugs were smashed to the pavement by single punches thrown by one of the drag queens, both of whom happened to be cage fighters out on the town in Swansea dragged up.

“As they walked past me one said, 'Nice dress, gay boy'. He then threw a punch at me,” James Lilley, 22, told the Daily Mirror, “He was on the floor two seconds later. I don't take any nonsense from idiots like him.'

A builder who has been barred from all licensed premises in Haverhill since being involved in a fight was this week landed with a legal bill of £25,000 after the High Court ruled that pubs can ban whoever they like.

Speaking about the case in January, Francis Boyle said he’d been excluded since defending himself after being a victim of an attack and branded the ban ‘illegal and unfair’.

"The ban doesn't just affect you going into pubs. It affects restaurants and any other premises that are licensed and it destroys your life,” Mr Boyle told the BBC.