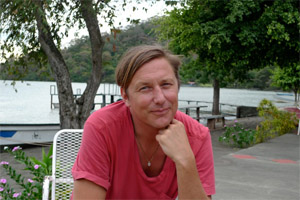 US psychologists have reported a massive drop in empathy levels amongst college students, presenting the results of a new study this week at the annual Association for Psychological Science conference at the University of Michigan.

Researchers conducted a meta-analysis of 14,000 students and discovered a 40% drop in empathy levels between those who enrolled after 2,000 compared to older students, with many younger students seemingly even indifferent about being perceived as being caring.

PsychologyToday reporter Maia Szalavitz described the findings as ‘stunning’ and suggested they endorse Jean Twenge’s recent diagnosis of a ‘narcissism epidemic’ comprising people that are ‘so self-involved that other people are no more than objects to reflect their glory.’  (http://www.narcissismepidemic.com ) She also linked the findings to America’s growing economic inequality with rich people increasingly isolated from everybody else.

“Seeing yourself doing so well and others doing poorly tends to bolster ideas that ‘you deserve your wealth,’ simply because guilt otherwise becomes uncomfortable, even unbearable,” she added.

“In reality, self esteem doesn't come from thinking positive or telling yourself that you are special or worthy--though telling kids they are rotten and selfish can surely destroy it. And, sadly, you can be optimistic all you like in an economy with 20% unemployment and still not get a job through no fault of your own,” she added. (http://tinyurl.com/257xzl3 )

Techno superstar DJ types Dave Clarke (http://daveclarke.com ), Christian Smith (http://www.tronicmusic.com ) and Charles from Technasia (http://www.technasia.com )as well as  We Love/ Space Ibiza booker Mark Broadbent (http://www.welove-music.com/ )chatted to Skrufff.com about the report and all agreed they recognized numerous narcissists in club culture both behind and in front of the decks.

“The disco community is full of people so self absorbed they see others as objects to reflect their glory, it seems they are being bred in the back-rooms under the amps,” Mark Broadbent chuckled.

“On meeting these people it all depends how far down the road of self importance they have travelled, if they have just started on the journey they can sometimes be rescued with a few pointed references to their behaviour. They either change for the better and become friends or worse and then persons to avoid at all cost.”

“Sadly I know a few individuals that do not really care if the people are actually having fun in the club, as long as its full, and they occasionally scream,” said Christian.

“It's sad to see some of these people getting paid loads of money when all they care about is finishing early so that they can get a decent night’s of sleep. We are very fortunate people to be doing what we love for a living, but i guess not everybody see is in the way I do. If I was interested in just making money I would have become an investment banker,” he added.

Christian suggested most superstar DJs deserve massive fees (‘because everything is relative to how many people they attract to the club or venue’) though Charles from Technasia was less sympathetic about both DJs and the wealthy.

“Do the rich deserve their wealth? Some probably do, yes, though many don’t because most of them have inherited their money anyway. And do we deserve our wealth inherited from our 'glorious' colonial past? I'm not gonna’ make friends here, am I?” he said.

“And concerning the DJs, well it's all about talent isn't it? And since the biggest portion of those Top 100 DJs don't really have any sort of talent, in my opinion, but just some good ol' expensive marketing plans, I would say no, they don't deserve it.”

“But hey, the public is king, so if they're stupid enough to pay for no talent, then maybe it's fine for those DJs to earn a lot of money,” he laughed,

“It’s a fact that in recent years I’ve seen more and more DJS abandoning any belief in the music and instead concentrating on financial gain,” said Dave.

“They spend more time on their hair and image than caring about the music of others.”

Mark Broadbent was more ambiguous- about both the rich and whether DJs deserve five figure fees.

“That’s a very difficult and interesting question that I’d be likely to answer differently on any given day depending on my feelings at any given moment, and of course depending on who I’ve just paid a five figure DJ fee too,’ he smiled.

“Today I feel that rich people should be able to keep their money depending how they came to it, but if they are thieves in any way shape or form then of course they should not be allowed to keep their ill-gotten gains. If the money has come through hard work or inheritance then they should be taxed so some of the money can filter down to the less fortunate in one way or another.”

Quizzed about how important it is that he’s perceived as being caring, Mark replied ‘very’ a stance Christian Smith also agreed with.

“I strongly believe in karma and try to help as many up and coming artists as possible,” he said, “I am also a dad, and understand that there are more important things to life than just my personal well being. I try to have a nice balanced life helping people and working hard for myself as well,” he added.

“Most people will only notice you care about them when they actually need something from you, and it tends to get out of their mind pretty quick after they got what they needed,” he suggested.

http://www.technasia.com/central/ (Technasia’s new album Central (his first in 5 years) is out now.)