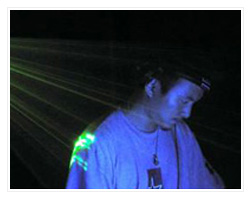 The DJ Mag Top 100 DJs poll has started and already emails are being sent out in the thousands to each artists database to get their fans to vote for them. Some are strongly for it and others are strongly against it, but overall it is really up to each DJ or fan to decide if they should get involved or not. Especially in Asia the charts have been a major benchmark why certain artists have been booked.

This year Hong Kong's Frankie Lam and his supporters are pushing for him to make it into the rankings. At present there are no DJs originally from Hong Kong listed from what we can see, so it would be great if Frankie can make it. Previously a guest on the HKClubbing.com Podcast, Frankie has been a long term key figure in the clubbing scene of Hong Kong.