Brazil’s number one EDM radio network Dance Paradise FM is adding Germany Calling to their schedule and will be broadcasting the Berlin produced show every Thursday afternoon from June 7 (17.00 local time, 22.00 Berlin time).

The Curitiba based station reaches millions of listeners via a network of 55 terrestrial FM radio stations.

Sérgio Maslowsky from Dance Paradise FM chatted to Skrufff this week about the story behind the fast growing Brazilian radio network and recalled how they started 8 years ago ‘just as a web radio station broadcast from a small room here in Curitiba.’

“Initially we began broadcasting a few trance and house radio shows from some international artists and during that period times were really hard but after a few months we got in touch with some huge artists who supported and believed in the idea and the concept of the radio station- people like Markus Schulz, Matt Darey and Menno de Jong,” he recalled.

“Back then the radio was 90% trance and some other EDM songs, then over time we connected up with lots more new artists and we became so full of DJs and musical styles that we launched another channel, dividing up the genres. So we had just one for trance, and the other for house and techno. Nowadays we have 4 different channels and each is broadcast across 55 FM Stations around Brazil.”

For Sergio, who handles Dance Paradise’s international and artist relations, Germany Calling’s inclusion on the Concept Channel fits a programming schedule that already includes shows from Carl Cox, Yoshitoshi and Get Physical. (This is Dance Paradise; on Youtube: http://bit.ly/KQQ3tI )

“Dance music has always been a global phenomenon and we reflect that on Dance Paradise FM,” he says.

“How many of the shows are in English? Well almost 99% of our output is either in English or foreign languages,” says Sergio. “We have a handful in Portuguese but that’s all.”


Skrufff (Seb Mortimer): How do you decide what styles of music and DJs to support?

Dance Paradise (Sergio): “We’ve always maintained good relationships with the DJs who provide us with radio shows, and we’re always looking for good stuff, whatever the genre. The key issue for us is to have good quality programmes and be open minded to new trends and styles. Sometimes these can seem aggressive and weird at first, but when you look into it and see a lot of different material and so many people following that genre then we’ll experiment and put it right in the middle of the schedule and see what feedback we receive.

The artists decide the music they play on their shows of course, and we already have huge numbers of listeners who are addicted to trance, house, techno, deep house and even chill-out so we’re not relying just on numbers, we feel it.”

Skrufff: What's your assessment of club culture and EDM in Brazil; how much is the country now embracing EDM in the mainstream?

Dance Paradise (Sergio): “Brazil’s EDM scene is growing constantly these days, thanks to both the internet and global communication in general. We need it here too. If I can use myself as an example, I personally hate samba and I hate with all my heart performers such as Michel Telo and that country style music, so I really miss that Europe atmosphere and culture about e-music.

In the past, and I’m talking about not longer than ten years ago, if I told someone I liked Paul Oakenfold or Cris Liebing they would turn to me and say ‘what the fuck? Who are those guys, I’ve never heard of them.’ Or ‘so you use drugs or have a mental problems?’ But nowadays most people in Brazil are familiar with these names and many more and though people aren’t 100% into dance music, it’s changing. We think we’re helping this happen because dance music is our passion- we love what we hear and what we do.”

Skrufff: How about places like Florianopolis; how much do you cover that scene: how much does it have the potential to become an Ibiza style destination (over December to March)

Dance Paradise (Sergio): “We have strong partnerships with clubs such as Pacha and Stage Music Park, they're excellent clubs and partners, and that city is such a beautiful place. We’re always doing special events there, whether it’s live broadcasting or events or even doing our own special events.

But Ibiza is Ibiza, nowhere in the world beats it. Armin van Buuren once said ''every year we have a new Ibiza, and it burns for that season, and sometimes in the next season it’s gone, but you cant compare the magic of that island, its unique''; Florianópolis has a long way to go still but I think Floripa already has its space at the sun.” 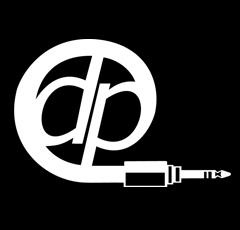 Skrufff: You broadcast to 57 affiliate radio stations: what kind of audiences do you attract: for the mainstream shows and the underground ones?

Dance Paradise (Sergio): “We try to attract both Greeks and Trojans because we have both types of artists on the crew, but let me answer you with another question: What is underground these days? Even in the underground we have mainstream artists and with information now available everywhere you don’t really have underground scenes anymore; certainly not in the way it used to be.”

Dance Paradise (Sergio): “It’s hard to say even what we’ll be doing tomorrow, but I think it’s definitely our moment, our time to shine even more. Expanding to 57 station was a big jump, and we're starting to get these fruits now, so I think Dance Paradise will be bigger than it is now, and I can expect huge events and festival partners and more conference tie-ups in the future.”