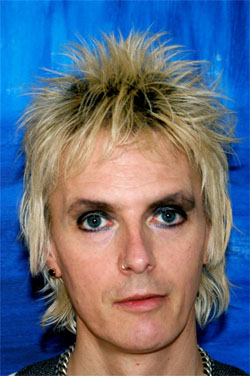 “I’ve been based in Berlin for two years now and my style has definitely changed during this period, ditching some of the poppier flavours of London in favour of proper dancefloor grooves,” says Jonty.

“Though having said that, I’m actually playing a wider variety of sets depending on which country I’m in. This particular mix reflects the kind of set I play in Czech Republic and the Balkans as well as Brazil where I’m off to again in 3 weeks for what will be my seventh DJing trip.”

Simultaneously publishing his acclaimed sex-drugs-politic-music zine Skrufff-E as he travels (available from his blog @ http://skrufff.com) he’s also become a regular in Ibiza playing Judgement Sunday for the last 3 years, and Pacha (where he picked up a prestigious residency for Summer 2009.)

He’s also becoming almost a regular at Serbia’s Exit Festival where he’ll be making his third appearance this July at the 3,000 capacity Suba stage. In between, he’s also headlining Bosnia’s festival in a castle Neofest for the third time (in June).

Starting making music just last year, he enjoyed immediate success with his debut production Trainwreck, a track he made together with Radio 1 DJ Judge Jules (which appeared on Jules’ 2009 artist album Bring The Noise (credited to Jules and Jonty jointly).

His next production, a ferocious floor-friendly remix of techno-rockers Motor’s single ‘Death Rave’, came out on T Raumschmiere’s Shitkatapult in Europe and Steve Aoki’s Dim Mak Records in the US last summer, and fared even better. 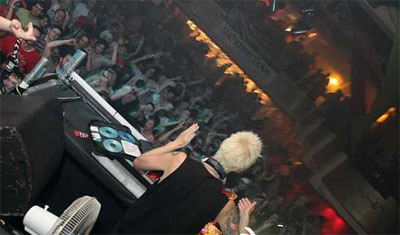 With Jonty’s version (Jonty Skrufff’s Revved Up Remix) the only Death Rave remix released by each label, the likes of the Chemical Brothers and Soulwax gave full support, while Electronic Beats dubbed it a ‘masterpiece’. More recently (January 2010) French independent music organisation Qwartz selected the remix as one of seven nominees for their Best Track of 2009 award in their ‘Dancefloor/ Clubbing’ category, after choosing it from 4,077 tracks the Qwartz’ judges first listened to.

“The Ghost Machine remix is included in Nutcracker Sweet right at the end of the set,” Jonty adds. “I hope you enjoy the mix”.