Dirk Sid Eno: Come & Hear Me DJing There Next Year!

“Quickly we got used to the weather changes and somehow started accepted them as a part of that weekend. I really don’t know why and how to explain it to people who haven’t been there, but when the weather was bad it really didn’t matter after a while, maybe because everybody was happy and smiling however it was.”

“The best moment for me this year was when I was DJing and during a long track popped to the bar for a beer. As I ordered, the barman smiled and asked me if I’d like to join him to go and empty the toilets together. He hadn’t realized I was DJing.”

“At Secret Island, people arrive with a respect for the climate and learn to enjoy it, in all its glorious dimensions and variations. It shows that we are not masters of this planet as many people think in most capitalist societies. We are here for a cosmic coincidence of gases and explosions . . .”
Read More

Fidelity Kastrow: No Police, No VIP Area, No Proper Toilets- I Love It!

“There are force 12 hurricane strength storms (like last year), spiky plants scratching your ankles, red stinging jellyfish in the sea, mountain rocks yet no trees or shelter other than your tent . . . Then you’ve got to cope with wet pants up to your knickers, rain lashing you hard in the face side-ways and the fact that you’ve got no idea when the next meal is really gonna’ be served or if indeed there's going to be enough food left for you when it’s your turn.

Then there’s no running water or showers on the island at all (not even a tap) and you've got the choice between going to the toilet in a crack in the rocks or a wooden shithouse filled to the brim, with no lights . . . and yet you can't think of a better place to be. What do I think of Secret Island Festival? IT'S BRILLIANT . . .!”
Read More

Jake the Rapper: The Whole Thing is Just Sort of Magical . . .

“You don't necessarily have to be a rugged lumberjack survivalist type to stay on the island, but if you're the kind of person who needs to wear high heels and make-up at all times to feel comfortable it may not be for you. But if you're not made out of sugar, and you don't mind a bit of nature, you'll have a blast . . . “
Read More

“In the late seventies and early eighties the yuppies were total losers in New York club-land. By the nineties they had taken it over. I never saw that one coming. However, I think that they and Mayor Giuliani get way too much credit for New York's cultural downfall. I think that they are symptoms of the decline but not the cause of it.”

Starting his DJ career at New York’s seminal downtown underground haunt the Mudd Club in 1980, Johnny Dynell rapidly became one of the City’s busiest and most popular underground DJs, going on to hold residencies at nightlife institutions including Danceteria, Tunnel, Palladium and later Crobar (between 2003 and 2007). A leading light and key player in the post-punk early 80s club scene that helped spawn both hip hop and later house music, he hung out with both Madonna (when she was a Danceteria coat check girl) and later David Morales, when the future house God was a teenage gang-banger.

Spending his entire adult life DJing, promoting and producing electronic music in New York, he’s perfectly placed to identify the forces that destroyed New York’s once fabled nightlife, singling out gentrification as one of the greatest single causes.

Mugwump: Breaking Up Belgium and Socks with Sandals (interviews)

“The title is an oblique reference to a religious order called the Passionists. I thought the general vibe of our track was quite mystical and connective so I wanted to underline this vibe with a religious connotation in the title.”

Chattting to Skrufff this week about his (fantastic) new single  ‘The Congregation of Discalced Clerks’, Mugwump main-man Geoffroy insists his decision to use the world discalced’ (meaning ‘priests who wear sandals’) has no personal significance.

"I'm always pretty fussy with titles. Do I wear sandals? Sure," he laughs. "With socks? I'm afraid not."

The track itself is masterfully produced baroque techno classic of the sort that Vitalic and Blackstrobe’s Ivan Smagghe do so well in marked contrast to recent Mugwump material, though Geoffroy disagrees.
Read More

“Sometimes it’s hard to keep both sides going, to balance the nightlife with the day-life because I’m the sole owner of D-Edge so I have to be there in person to check what’s happened last night. I also like partying a lot; when I go to the club at night, I drink, I socialise and party.”

Sitting in his sumptuous Sao Paulo apartment, Renato Ratier smiles as he outlines the difficult balancing act he maintains running his uber-successful Brazilian club D-Edge against indulging the temptations from being one of South America’s most popular and successful electro-techno DJs.

“For example, on Thursday night I went to another club first, then D-Edge then after that some people said ‘let’s go to your flat and have an after-party there’. So we came back to my house and my friends ended up leaving at 4pm.”

“Then I had to go to the club to take care of some matters immediately afterwards,” he sighs. “That’s the difficult question for me: balancing everything. Of course, business is important and I need to take care of things but I really like the nightlife. So that’s difficult. Sometimes I need to go home early.”

“If you run a label these days it’s a lot of work, you don’t make any money and there’s almost no reward except for occasional DJ gigs. The majority of clubbers don’t give a shit about labels any more; the label has disappeared as a factor or relevance. In the 80s and 90s the label was everything and then came the artist.”

Six years after he launched uber-cool baile funk crossover label Man Recordings, Daniel Haaksman remains an outsider on both the club scene in his adopted home town of Berlin and beyond, despite being one of Europe’s key musical innovators of the last decade,

“I realised that in order to find more DJ gigs I had to make my own music and do more remixes to get more visible,” he continues. 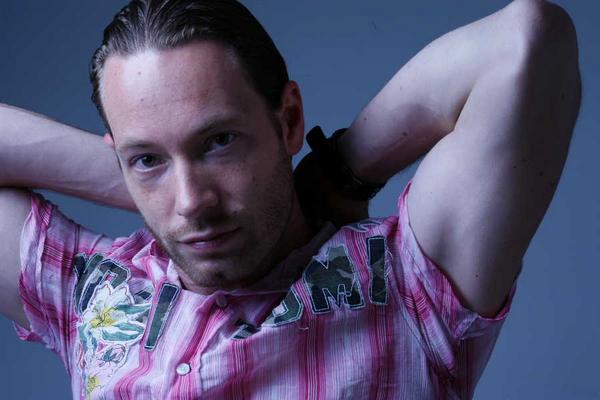 16 years after he formed Way Out West with fellow Bristollian producer Nick Warren, Jody Wisternoff remains firmly at the top of the global DJ tree spinning and producing progressive house and trance music for an adoring global fan base.

Describing himself a workaholic, however with more than a few things still to prove, he’s quick to stress he’s anything but complacent.

“It’s extremely important as a creative person to feel this sense of drive and to be achieving things constantly, because in this highly competitive industry it’s the only way to stay relevant. The public are very fickle, so if you want to keep playing these great gigs and living this amazing lifestyle you have to maintain a good profile,” he points out, “Gone are the days when you could have a hit record and then rest on your laurels.”