Kevin from the Chippendales Interview

John Stephen talks to Kevin from the Chippendales on food, girls and stuffed animals.

How did you become a Chippendale?
All the guys have different stories. For me, I went through the audition process. My mum went to see the show and came home and said that I had to do it! I went to the auditions and was lucky enough to get in.

Do you have a particular diet or gym routine to follow?
Diet is the most important thing; we eat high protein and low carbs. We aren’t allowed to eat fried foods either so it’s pretty much Grilled Chicken and steamed vegetables. When we are back at home we try to meet up and do 2 to 3 hour workouts 5 to 6 days a week. When we are on tour we will go anytime that is possible, obviously all the travelling makes it hard. We have 2 professional dance captains so they lead our workouts.

How important is Soul Heaven to you and why is you think they have been successful; proudly celebrating their 10th Anniversary?

At soul heaven we have always kept it real musically and all the djs have done wonderful work giving you the best in soul dance music. Soul Heaven always kept a close contact with the fans, and there is always an a class set of entertainment. With the cds, events worldwide, and quality of music they bring, you can't go wrong. They are also friendly with all fans and give them the time they deserve. 10 years is a long time to keep for an ongoing party, and soul heaven has proven themselves in our industry.

Your career spans way more than ten years but can you remember the time when you celebrated 10 years in the industry and as MAW?

I will never forget our 10-year anniversary (maw). We had a huge party in Miami at opium garden, over 2000 people and the best live entertainment you could ever have. We invited the Nuyorican Soul band to back up Roy Ayers, Bebe Winans, Stephanie Mills, James Ingram, Jody Watley, and many more. Brazilian dancers, fireworks, the infamous MAW gift bags, and much more.

Interview with Mani of Stone Roses

supersonic: Hi Mani, how’s it going? Can’t wait for the show next week. Have you played in HK before or been to HK before?

What is House music to Andy Ward?
House music is what inspires me, it’s what makes me feel happy. It is the vehicle which has allowed me to meet so many good friends over the last 25 years and travel the globe.

How far has House music come since you started playing it?
On a global scale, it is huge.  When you see the world’s biggest vocalists singing over a house track, you know House has made it !  The quality of these records and how close they are to the original ethos of the sound is another topic though.

DJ Chuckie is in Miami Hong Kong this February. He talks to hkclubbing.com ahead of his upcoming gig at dragon-i.

Welcome to Hong Kong. Have you been here before? Besides playing at dragon-i, is there anything that you are looking forward to doing?
This is actually my second time here. I was pretty amazed of the high quality of the nightlife in Hong Kong. You can see it’s a real lifestyle thing by the wide choice of clubs, bars and restaurants. The last time I was here I didn’t have enough time to go and shop for gadgets. I’m a true gadget freak, so hopefully I will find some time to go shop for the latest gadgets!

John: Welcome back to Hong Kong! It’s been a while since you played here, is there anything in particular you are looking forward to doing during your stay?
Sasha: Eating the wonderful food that I've missed in Hong Kong because it’s one of the best places in the world to eat I think. And, you know getting back to know the Hong Kong crowd, I used to really enjoy playing in HK and the scene sort of dried up from my end. I wasn't getting any offers and the big gigs that I was doing didn't seem like they were happening for a while, I know there was a big clampdown on clubs and stuff, so I was really quite upset that happened as there was a period of time when I really loved coming to play here, so let’s hope this is the first step back to that. 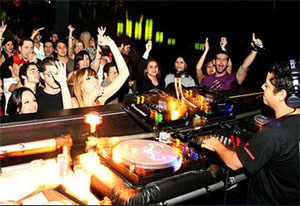 “Disco's been a part of my life since the very beginning, it’s definitely been my first and most important school and has been there when I played a 134-bpm remake of Indeep's ‘Last Night A DJ Saved My Life’ or Robert Hood sampling Kool & The Gang 5 or 10 years ago. It’s like the air I breathe - I don't think about it, I just breathe.”

Sao Paulo DJ Benjamin Ferreira started DJing aged 11 after being inspired by listening to the records of two DJ uncles in his hometown of Belém in the Amazon. Kicking off his professional career six years later at his local Belém gay club he discovered the internet simultaneously, opening his ears to the world outside the Amazon.

Australian expat Sarah Main lives in Ibiza where she’s a Pacha resident DJ all year round.

Spinning in the club’s main room two or three times a week in summer, she spents the off season months touring the world and jams in a weekly radio show on Radio FG (Sarah Main presents Pacha) every Thursday night between 9 and 10pm CET.

Kicking off his career DJing at London’s seminal rave club of the 80s Shoom ‘acid house relic’ (Twitter) Pete Heller went on to establish equally influential label Boys Own before having chart success in the early 90s producing the likes of The Farm and Primal Scream. Simultaneously recognised as one of the clubland’s big name house DJs, he later crossed over to the mainstream courtesy of his filtered disco Ibiza anthem Big Love, which topped pop charts worldwide in 1999. 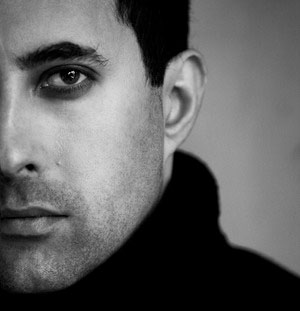 Brit-in-Amsterdam producer/ DJ/ broadcaster/ bon viveur Dave Clarke remains one of the world’s most popular (and opinionated) DJs, specializing still in the techno and ‘real’ electro he first started championing in the early 90s. Click here to follow Dave on Twitter (http://twitter.com/DJdaveclarke)

Skrufff: What trends- in music and clubs, do you expect to be big in 2010 and beyond?