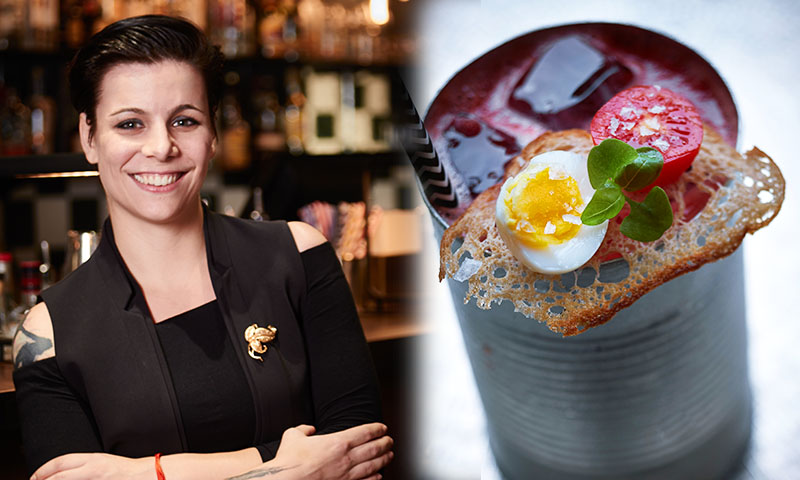 We definitely love our cocktails here at hkclubbing, but we've always wanted to know more about the people behind these magical concoctions. As a first in our series of Bartender Banter, we got the lowdown on Aberdeen Street Social's Bar Manager - Audrey Eschemann, and just what gets her going behind the bar.

1) So what got you into bartending, instead of baking like your father?

I used to be involved in drama and theatre but then I decided to change and start cooking. However, my father didn’t think cooking was for me and suggested I take a cocktail lesson – and that’s where it all started; I fell in love.

I think it was a great choice because I started mixing baking art and cocktail art – my father gave me a passion for flavours and I’ve mixed this with my passion for cocktail making. My dream of giving happiness to people through food and drinks came true.

2) How did you end up in Hong Kong, and ultimately at Aberdeen Street Social?

Prior to Hong Kong I had recently moved back to Paris from Argentina. I was working in Paris when I got a call from a new bar in Hong Kong called NEO COCKTAIL offering me a job. I jumped at the chance, booked my ticket and organized a visa and hopped on the plane.

Three months into life in Hong Kong, I met the team at JIA Group and was offered a role at Aberdeen Street Social. I said yes immediately because I really believe in the group and it was the best job I’d ever been offered. They convinced me it was the right choice for my career and they were so right! 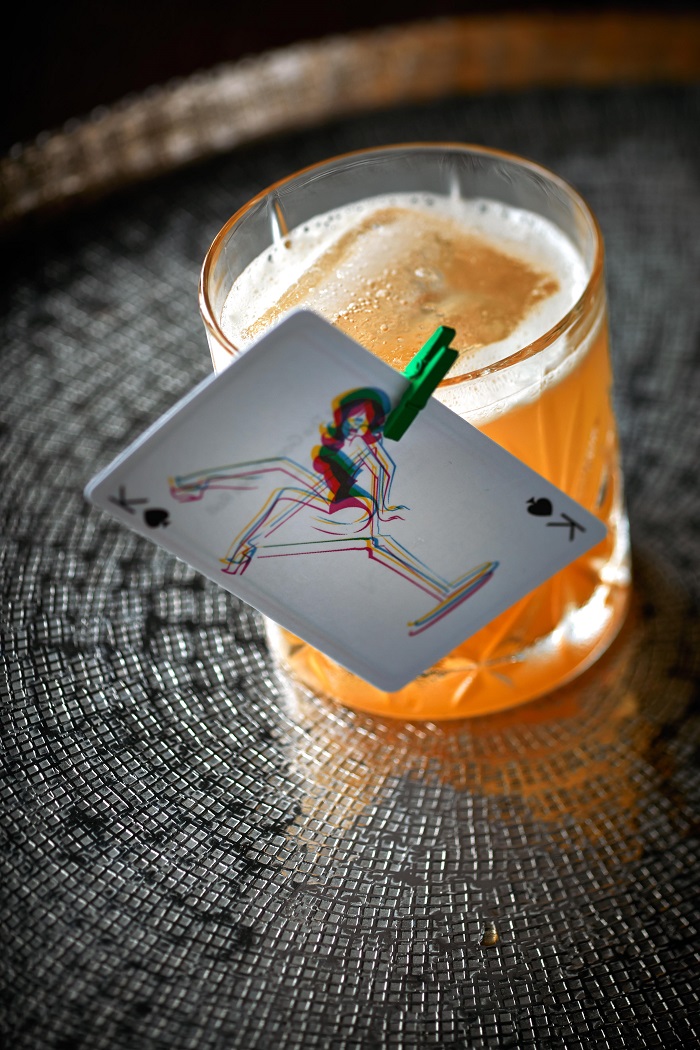 3) How does Hong Kong’s drinking scene compare to the Buenos Aires and Paris?

The drinking scene is completely different but at the same time there are some similarities.  Buenos Aires is very Italian influenced - we use a lot of vermouth and Italian liquors. People also start drinking really late – they would go out around 9pm until late.

Paris is more about the culinary experience, so think molecular creativity. The French bartenders have a real passion for bartending – I see them almost as geeky! They read all the books, know all the classic cocktails, try to create new flavours every day. The French also start drinking quite early.

"In Hong Kong it’s more about the presentation and people."

I have discovered something different in each country: Hong Kong the taste is all about sweetness; Argentina is more bitter focused and Paris is about new experiences, food pairing and molecular ideas. At the end of the day, all of these cities have one thing in common – they try to push the level of bartending higher, try to put the cocktail scene on the same level as the chef for the kitchen. What’s more, a customer is a customer in every city – they all want the same things, to have a moment to relax for a bit and be happy – it’s my job anywhere I am to make that happen.

4) How do you come up with new cocktails?

My new cocktails are often inspired by my travels but mostly by my surroundings in Hong Kong. Hong Kong is a wonderful source of inspiration – my bartender peers like Marek at Duddell’s, Ryan at Back Bar or Beckaly from Pontiac as well as the different markets and islands in Hong Kong – I see inspiration everywhere. From fruits, flowers, vegetables, spices – ideas are everywhere. I just need to open my eyes and be attentive and the inspiration will come. 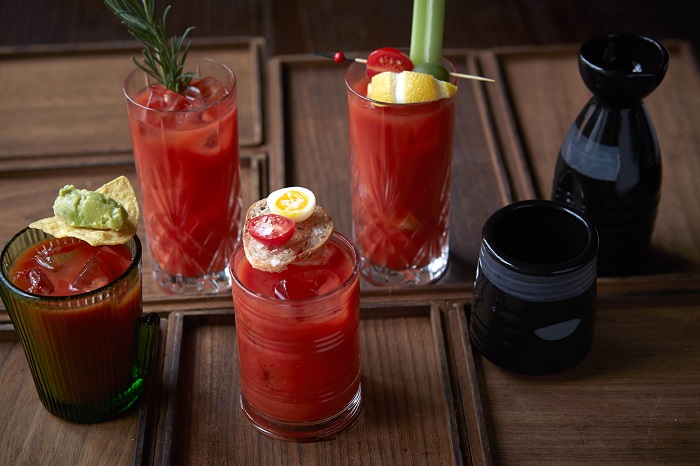 My favorite cocktail to make....I don`t have one, I just want my customers to be happy, so it’s the one that makes my guest happiest.

My favourite to drink is definitely an Old Fashioned with Bourbon – it’s an easy classic but so good.

6) If you could, what’s the one drink you would want everyone to stop ordering?

There isn’t one. I know some bartenders don't like Mojitos or Ramos Gin Fizz, but I will say the same thing – if my customers are happy with a Mojito, let’s go for a Mojito. Every drink deserves to be served.

7) What’s a drinking myth that you’d like to bust for the Hong Kong people?

That you can find a Hanky Panky here (Italian Vermouth, dry gin/cognac and two dashes of Fernet Branca). Not many bartenders in Hong Kong make Hanky Panky – I love it. I wish more would make it. 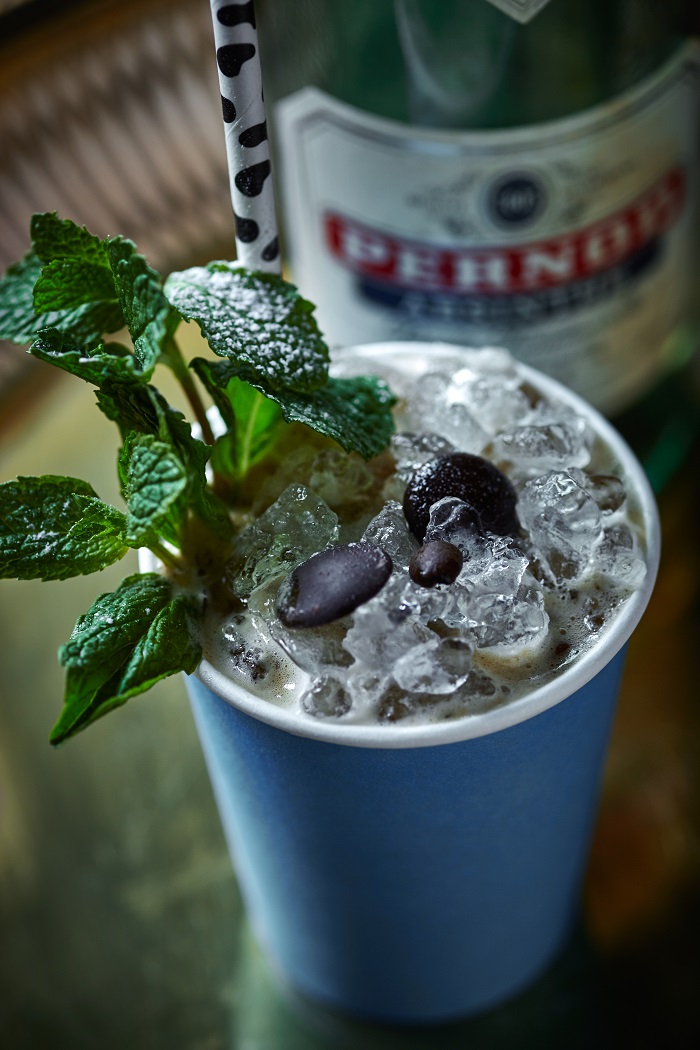 Favourite restaurant in HK (apart from Aberdeen Street Social!): Zuma. I love the brunch at Zuma and the bar too

Favourite bar in HK: The Pontiac because it feels like home and I always meet my friends over there

Favourite club in HK: Boujis - we all meet in Boujis. It`s big so you don`t have the feeling you’re trapped in a club, the vibe is also nice

One word to describe your concoctions: Fun

Drink for when you’re feeling down: A glass of good Japanese whisky or Hudson baby bourbon on the rocks

Drink for when you’re partying hard: Gin and tonic

Drink for when you’ve had a long day: Beer... Fresh, refreshing, easy and social

Find Audrey at Ab Street and tell her we sent you!

Far from her culinary roots in Alsace, France, head mixologist Audrey Eschemann is quickly becoming a cult figure behind Aberdeen Street Social’s bar. Combining unique liquors with her wealth of creative know how, Audrey has already been dubbed as a rising star on the HK bar scene.

Growing up with her baker father, Audrey was constantly surrounded by good food, learning to love and appreciate the artistry involved in even the simplest dishes. This expertise and creative flare would later become one of her core values as a mixologist, expressed by her attention to detail and passion for great tasting drinks.

Before moving to Hong Kong, Audrey earned her bartending credentials around the world while working at top bars in Buenos Aires and Paris, sweeping bartending competitions along the way. She took home a second place title at the L’Angostura Global Challenge in France in 2014, was a finalist at the 2014 Domaine de Canton Bartender of the Year Competition in France and, most recently, became a semifinalist at Bacardi Legacy’s 2015 competition in Argentina. Audrey’s adventurous spirit brought her to Hong Kong where she pours her uncanny sense of childhood creativity into a slew of brand new cocktails at Aberdeen Street Social. Featuring a range of spirits including whiskey, gin and mescal, Audrey’s daring and tantalising libations are based on homemade infusions with traditional flavours.