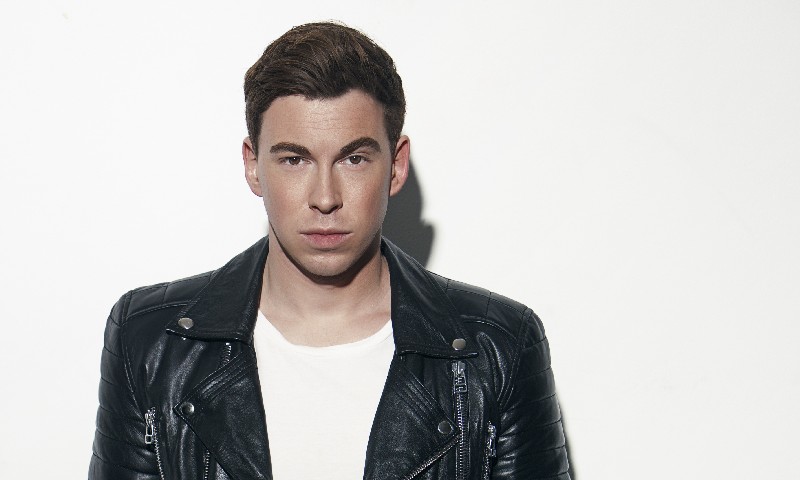 The award-winning Hardwell is coming to perform in Club Cubic on 8th April (Sat) for their 6th Anniversary along with Kill The Buzz. He answered some questions as he prepares for his coming gig.

How do you balance your time between touring and being a label manager of Revealed Recordings?

It takes a lot of pre-planning to keep all the wheels in motion when running a label and touring so much but I enjoy being busy and I love what I do day-to-day, so it’s never hard work. I have a great team around me working on the label and my tour team are a special part of my life too.

How do up and coming artists get music to you and your label to be heard and discovered?

The best place to get your music to me is via the official demo drop on our website:
http://www.revealedrecordings.com/demo/

Besides your show in Macau, what other shows in 2017 are you really looking forward to and why?

I am looking forward to playing in Miami for both my annual Revealed Miami party and a mainstage slot at Ultra Music Festival. I’m then off to Beyond Wonderland in San Bernardino. I’m also touring at Manchester’s Victoria Warehouse for a special Go Hardwell or Go Home event, then Electric Zoo in Brazil later in the month. Across the summer fans can also catch me at Exit Festival in Serbia, The Flying Dutch festival in Holland, Wired Music Festival in Japan, Nova Era in Portugal, World Club Dome in Germany and many more shows.

Over the last year , have you been to any place that surprised you on the passion or size of the local scene for the music you play?

It was in December 2015, so over a year ago now, but staging our United We Are Foundation charity event ‘World’s Biggest Guestlist’ party in India was something that blew me away. The crowd’s passion that day was so crazy. We had 75,000 people join in support of providing children from the slums of Mumbai with an education, it showed us that music is a powerful force and it can be a universal tool for uniting people. We managed to raise enough money, thanks to the fans and sponsors, to provide an education to over 20,000 children. It was an amazing achievement.

Can you share with one of your most memorable moments behind the decks from your career?

Playing the final date on my world tour I Am Hardwell and closing it at Madison Square Garden to a sold-out crowd was something that dreams are made of!

Has there always been an artist that you have dreamed about collaborating with?

Dr Dre is an artist I have so much respect for. He’s changed the face of music through his own music so to work with him would be very special. I’d also love to work with Pharrell Williams who is such a talented producer. His body of work is mind-blowing and he’d be an incredible individual to share studio space with.

Finally, when on tour, what would be your three touring essential items to bring?

2. My own branded BALR. tour bag

Is there anything you would like to say to your fans in Macau?

I can’t wait to come and start my residency and looking forward to much to partying with you at Club Cubic :) 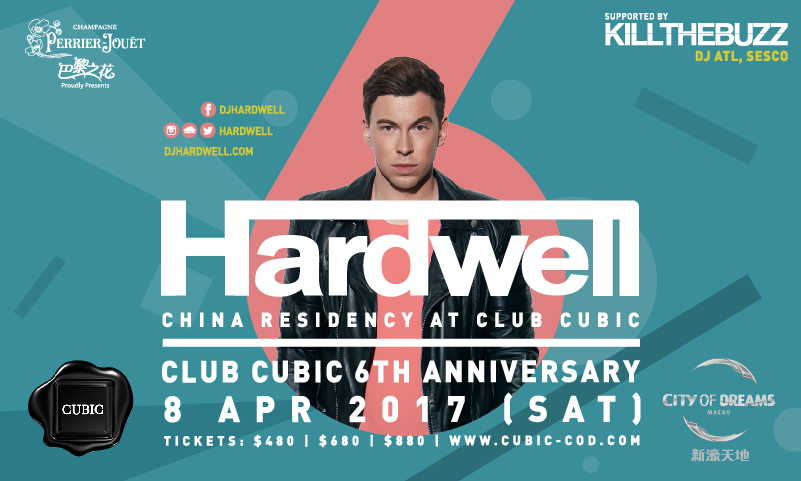 This April, Hardwell, the world’s Top DJ, calling Club Cubic his home in China this year, celebrating the club's 6th Anniversary Party together with Kill the Buzz on 8th April (Sat)! Hardwell has been ranked in the top 3 of DJ Mag Top 100 DJs for the past 4 years in a row including 2 years at #1.

Club Cubic has teamed up with Sigma Touring to bring you another crazy party to celebrate 6 immense years as Asia's hottest destination in Macau with one of the world's biggest talents. ULTRA-LIMITED Early Bird tickets ($380) will go on sale 15 Feb (Wed) at 6PM!