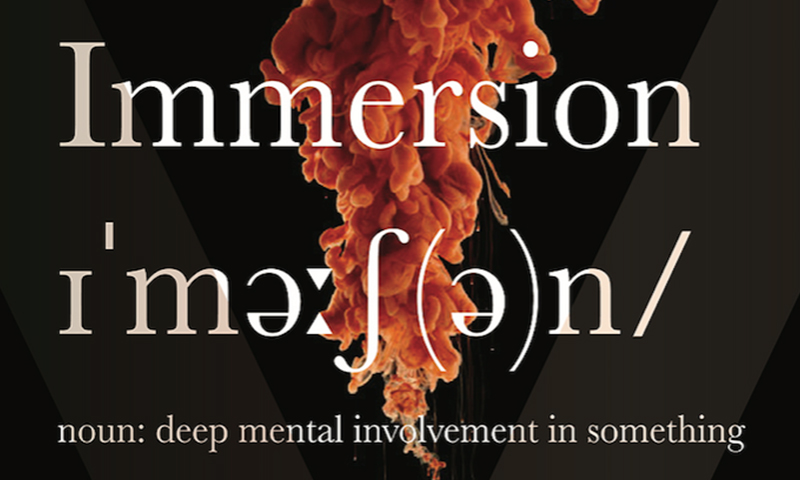 The usual LKF nights are pretty much predictable, and most themed nights tend to turn out the same. But Immersion, a brand new group in Hong Kong that focuses only on bringing "the finest electronic house music", is determined to make a change. Their first launch event will be at Volar on 1st April, and we took this chance to have a little chat with their founders, DJ Man One and Leman about their brainchild and their thoughts on Hong Kong's music scene.

1) Tell us more about your project and why it is called ' Immersion'?

Man One: Our party is about something more than the usual club experience in Hong Kong. We're definitely focused on the music first. Showing off and "Jesus posing" is not really our thing. We're all about the feeling you get when you hear great music on a great sound system, so when we were thinking of a name, Immersion came up and the dictionary definition kind of summed up exactly what we're trying to say in one word.  Immersion - Noun: deep mental involvement in something.

"Showing off and 'Jesus posing' is not really our thing."

Leman: As Matt already mentioned it, we liked the meaning of the word. If you have been working with electronic music for a long time, both in the club and producing, if feels sometimes as if you enter another world, and how can you describe that better in one word than Immersion?

2) Which other DJs are you working on with this project?

Man One: For our launch event we have Stefano Ritteri coming over from the UK. Stefano is an amazing DJ and prodigious producer with releases on Dirtybird, Defected and Get Physical to name a few. I met Stefano in Singapore last year and after 10 minutes talking to him about music I knew he would be perfect for our new project. I'm really happy that we've made it happen and that Stefano is the one who gets to kick the whole thing off.

Leman: In the long view, we wanna keep on bringing great artists with a unique sound, something unheard of in the Hong Kong music scene. I am also very happy that Stefano is helping us to launch the first Immersion with a bang.

Last days in studio before a loooong Asian Tour . I am soooo looking forward to play you the new songs !

3) Why did you chose Volar for this night?

Man One: We've both been residents at Volar for years and when we finally got serious about starting our own event, Volar was the obvious choice. The sound system is brilliant and we've both played the main room so many times that we totally understand the vibe and sound in that space. We took our idea to Volar and they were into it straight away so we're really happy that we get to bring this sound into a proper club.

Leman: Is there any other choice? Haha.. I've been with Volar since the beginning and I have great memories in these 10 years of residency. Apart from that, I think that there are still many followers for these kind of events, sometimes tired of the mainstream parties which do not differ too much from club to club. Apart from that the sound system and DJ booth is properly set up, people are nice and the guest artist can easily feel at home.

4) What kind of music can we expect?

Man One: I guess electronic house music is the closest definition I can come up with. Not super deep but definitely not obvious. 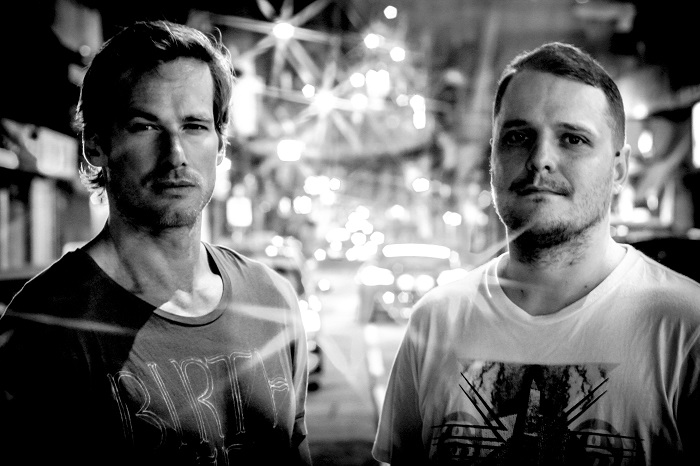 5) What other places do you DJ at and will the music be different from your sets there?

Man One: I currently also resident at Lost & Found at Drop alongside Woodtek and Re:flex. There, it's House music with a capital H - be it new stuff, classics, bass or whatever. The sets I play there are more beat driven and "chunky" for want of a better word. The music at Immersion is deeper and more subtle. Music that lends itself to a bigger room and a larger sound system giving it space to breath.

Leman: I'm playing at CE LA VI, but it's a rooftop club so the music differs from Immersion.The sound there is more uplifting, a bit more easy listening. At Immersion we focus on details, little elements and as Matt said more subtle.

6) Was it more that this type of music is getting more popular in Hong Kong now and the demand was there for it, or was it missing completely?

Man One: I think it's always been there, but on the whole the larger clubs have been scared to book the DJs that play this kind of music. They think that all people want to hear is EDM/Hip hop, so great DJs get booked to play smaller rooms and the vibe is just not the same. It's never been like that at Volar. The club has always put on amazing DJs and the Hong Kong crowed has always supported that. There is a huge desire from clubbers for this sound and it's getting bigger. Myself and Leman were with Jamie Jones at Volar on a Thursday night, and the place was full to the brim. The main room was as good as I've even seen it and people were freaking out to the music Jamie was playing. We just kind of looked at each other and said "this is it, now is the right time".

"...but on the whole the larger clubs have been scared to book the DJs that play this kind of music."

Leman: I think there is a audience for these kind of events, unfortunately it's a minority. Most of the clubbers are people who  want to sing along, and the music we play doesn't have so much to sing. So what we need to do, is gather this minority of clubbers who want to listen to proper music, and more importantly, who are also trusting enough to check out an artist they might not know yet. So Matt and myself gotta build up that trust, and this night can become something everybody has been waiting for.

7) What do you generally think of the currently nightlife climate of events happening in Hong Kong?

Man One: There are some amazing parties going on all over Hong Kong, and for the first time since I've been here promoters and DJs are all working together to bring Hong Kong's nightlife up to the international standard it should be. I think that there is still room for improvement, but now that we're starting to work together rather than against each other it can only mean more parties in more venues, with better DJs and better music.

Leman: Well, it depends on where you look for. Of course as Matt said, there are great parties happening all the time and the artist bookings in Hong Kong is expanding, but sometimes it's the same artists again and we want to bring new names which fit into the music and club atmosphere where Immersion is happening.

Immersion's launch event will be happening on 1st April at Volar, so don't miss it! More details here.