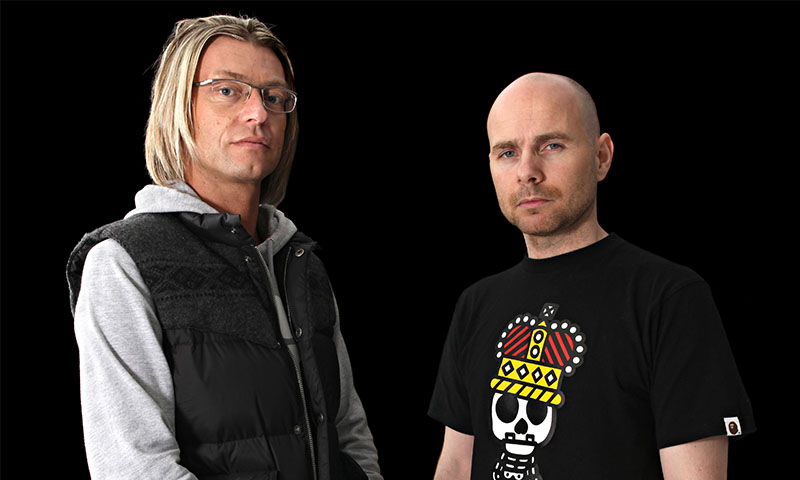 Jason Greenhalgh (Q-Project) and Paul Smith (Spinback) first met in 1987 - brought together through a mutual love of hip-hop music. By 1991, Spinback was an established DJ, gracing the decks at events week in week out, while Q-Project entered the studio to begin production.

Their first label, Legend Records, was launched with Q-Project’s highly acclaimed "Champion Sound" in 1992. It took their profile to new heights, and it remains one of the most influential tunes of its time.

In 1997, the well-established pair launched the Computer Integrated Audio (C.I.A) label and the alias Total Science, was born. Over the coming years, Total Science has had releases on all the major D&B labels including Metalheadz, Good Looking, Moving Shadow, Hospital, Tru Playaz, 31 Records, Reinforced, Soul:r, and Shogun Audio to name but a few, as well as releases under their own C.I.A. and various other imprints.

Before their appearance in Hong Kong on June 29th, Total Science sat down with us to discuss their history in Drum & Bass.  They have been one of the earlier influencers who have continual activity with production, DJ & touring, and releases on their label since the early 90s.

You have had a 21-year career producing music, running labels, and DJing.  Have you been touring this whole time?  Is it something you enjoy or just endure?

We started touring in 1999 with a 5 week tour of the USA, it felt like we had been away for a year but it was a good experience of what was to come. Since then Paul or I have been on major tours virtually every year sometimes multiple times. I love seeing new places & meeting new people, the older I’ve got the harder it is on my body but it’s something I will never get bored of even if it is hard work sometimes.

You have remixed countless artists and released music on dozens of other labels besides your own imprints C.I.A., Advance//d, and C.I.A. Deepkut.  This has obviously given you the opportunity to work with numerous people within the industry.  Is there anyone that you particularly enjoy working with?

Every collaboration we have done has been an enjoyable experience, we have been collaborating more in the last 5 to 8 years than ever before & its almost always with friends so it would be hard to single out a specific person, all I know is the more the merrier.

What kind of DAW, software, and VSTs do you use in your production?  Is it ever evolving, or do you have your standard favorite setup?

I use Logic 9 to finish 99% of the tracks we make but over the last 8 or so years we have used Ableton to start many ideas in, just because of the speed you can audition samples into a track. I’m a big fan of the UAD system their plugins are as near as you can get to the original analogue equipment, but it is always evolving I just purchased Logic Pro Before I left on this tour so am looking forward to getting home & experimenting with that. It is ever evolving as technology moves so fast now.

Other than Drum & Bass, do you make music in other genres under any other aliases or monikers?

I also make a lot of library/Sync music in every genre imaginable, but I try & keep it quiet! Haha

Drum & Bass is a genre that has sustained for a long time since early/mid 90s sometimes waning and sometimes growing in popularity.  During your touring, which cities have had the best scenes in 2018?

New Zealand always impresses me but to be fair most of the places I’ve been lucky enough to play have a core scene of dedicated people that continue to support the quality side of the music. To all those unsung heroes worldwide I send my love.

If you could eternally be stuck in one year of the history of Jungle/Drum & Bass, which year would it be?

What music do you listen to when you are chilling at home?

I am a massive hip hop fan & always will be. New or old, it’s my go to home or car listen to music.