Located at Shop 3A, 2-4 Kingston Street, in Hong Kong’s bustling youth-shopping hub of Causeway Bay, the FIFTY FIVE DSL TemporART STORE follows a “pop-up” concept where a unique space is renovated and reinvigorated as a “temporary” retail/art destination. Turbokrapfen will fly into town from Bassano del Grappa (hometown of 55DSL) to specially redecorate the store in his graphic typographic style. The young up-and-coming artist is best known for his explosive, colourful, hand-crafted illustrative artwork as well as his close collaborative work with The Bloody Beetroots.

The FIFTY FIVE DSL TemporART STORE will be open for 2 months only, until end-September 2009. At retail level, it will showcase the latest 55DSL Autumn/Winter 2009 men’s and women’s fashion and accessories collections. A special limited-edition, “55DSL x The Bloody Beetroots x Turbokrapfen” nylon windbreaker and Hong Kong-only released T-shirt will also be available to commemorate the Hong Kong FIFTY FIVE DSL TemporART STORE (while stocks last).

To launch the FIFTY FIVE DSL TemporART STORE in Hong Kong with a huge bang, lively electro-punk-rock specialists The Bloody Beetroots will host a DJ set/club party at Volar on the evening of July 24. Described as “the love child of the Misfits and Daft Punk,” The Bloody Beetroots are currently one of the hottest acts on Dim Mak Records, the music record label run by celebrity American DJ Steve Aoki.

Inspired by Andrea’s passion for music and design, the FIFTY FIVE DSL TemporART STORE concept is an open canvas for young artists to showcase their talent and a fresh experience to preview the 55DSL collections. The first-ever TemporART destination was launched in Milan, Italy, in December 2008, featuring works by the Spanish artist collective, T.O.D.O.S.

On The Road With M-Audios Microtrack II Recorder 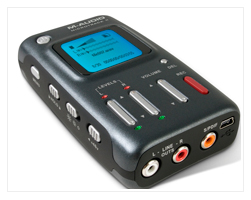 Sasha and Rennie Pilgrim use it for recording sounds for their tracks while the likes of Above & Beyond and Steve Lawler swear by it for live gigs so when a chance came to road-test M-Audio’s new Microtrack II, I jumped at the chance.

M-Audio promise their new fangled digital device picks up high quality WAV size sounds whether you’re recording a set via a cable out of a mixer or with an external microphone sticking in the air and promptly mailed me a kit, with the brief to give it a try.

ufoArtgallery is pleased to present HENDOCS's latest artworks at the opening on Friday, May 22nd, 6pm - 9pm in our Gallery,

Rendezvous on Wednesdays in June 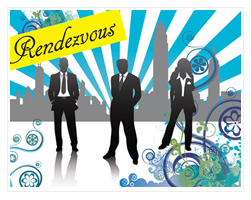 The SilverBlack Card, DROP and Smirnoff Black are proud to present ‘Rendezvous on Wednesdays’, an event series, which consists of both networking in the early evening, followed by drinking and dancing until late.

This regular Wednesday event is designed to be fun with a funky vibe, aimed at providing a more casual environment for young professionals looking to build their networks.  SilverBlack Card and DROP members are entitled to an exclusive special offer on cocktail prices at every ‘Rendezvous on Wednesdays’.
Read More

The Living Room is an all new event in HK that aims to bring together creative crafters, artists, musicians and fun people to exchange ideas, inspire, as well as sell some of your creations.

Don't worry peeps, this is no old lady sewing circle. There will be plenty of hot young things, cocktails to drink and tunes... we put the ho in homemade!


Third market set for Sunday, May 24th, 2 - 6pm at Sense 99. Check out the bulletin board for updates on who is bringing crafts, and what's in store for you at the bake sale. 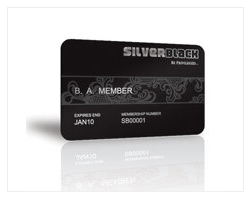 The new price reflects added value as we continue to add more and more benefits. With over 150 outlets now accepting the SilverBlack card, there's no reason why you shouldn't start being privileged today.

London Another Country of Creatives

London 'Another Country' of Creatives

Study chief Dr Jason Rentfrow analysed the personality traits of over 11,000 people scattered across the UK and concluded that London in particular is becoming ‘another country’.

“People in London tend to be, on average, more analytical, assertive, dominant, efficient and creative,” he told the Sunday Times this week.

“I was a local DJ playing more soulful US house and garage on the circuit and had many great times but I reached a point where I felt my career in Birmingham was progressing a little slowly,” said Andy, “So I decided to take the chance of moving to Ibiza to start a new life.”

Going on to become a regular headline DJ at virtually all the island’s superclubs, he’s nowadays a year round Pacha resident and has no plans to leave, enjoying having ‘some of the most interesting and funny friends, who are always there for me.’

“Its quite hard to say how things are different here,” Andy continued. “Though at the moment, with all the financial problems in major cities, you can clearly notice the vibe is different when you’re travelling, whereas in Ibiza it's not at all obvious that we are in the middle of a crisis,” he said.

“And lets not forget the weather issue, this winter has been one of the sunniest I can remember. I think this plays a vital part of peoples’ lives,” he suggested.

Manchester based DJ/ producer Iain Taylor recently became musical director of the city’s uber-hip underground club Area 51 and like Andy said they look to Ibiza for inspiration before London.

“I like London as a place to visit and hang out and party but I don’t think I could live there,” Iain told Skrufff, “Manchester is the perfect size for me. It’s a big city but the music scene is more like a small village. I love it.”

The 33 year old creative chief moved to Manchested aged 17 and robustly defended his adopted home against its harsh image.

“I have lived in both Hulme and Chorlton, both areas which border Moss Side and Hulme especially has a reputation with people from outside of Manchester as being a rough or ‘dodgy’ place,” said Iain.

“Instead I found it to be most agreeable. I used to walk home at all times of the night with my records and sometimes carrying a CD deck and I’ve never had even a sniff of trouble. It’s a fallacy that there are gangs of youths looking for trouble,” he added.

http://tinyurl.com/djr2tp (Another Country: Rupert Everett in his 80s prime)

The Earth, with its purest and untouched natural beauty is the core of Leslie Lachiche’s inspiration. Landscapes such as sunsets, beaches and still life images are used as a form of pure expressions of Nature and its ‘perfection’.

Not only is the “Earth Elements Collection” a display of the world’s natural beauty, it also provides a reflexion on our turbulent modern time, with an emphasis on issues such as global warming and environmental issues. As part of her mission as an artist, Leslie contemplates, celebrates and retransmits the beauty and glory of mother Earth and its humanitarian aspects. Her work acts as a reminder to conserve, respect and cherish our only one planet called home.

Her ultimate goal is to inspire others to take action, through a compelling depiction of what might be lost if nothing is done. The collection uses vibrant colours in an aim to touch the soul of individuals, thus capturing intense emotions and feelings.

The collection is divided into four main themes – the four vital elements: Fire, Water, Air and Earth, each being a way of reconnecting with mother Earth and nourishing the soul. Each element’s own powerful property, be it energizing, calming, refreshing or comforting, go straight to the heart of the audience. However, when displayed together, their healing energies decuple to reach a deeper philosophical meaning.

Artist’s Profile: Born in Besancon, France, Leslie lived her childhood in Lyon until her early twenties. Graduated from Lyon’s Supdemod - Fashion and Graphic Designing School and settled in Hong Kong five years ago, she since has come to mature and fully express her artistic creative talents through painting in the natural surroundings and ethnic diversity of Asia. Acrylics on canvas are her favourite medium for their flexible use and modern, eco-friendly approach to paintings.
“Harmonious and colourful Beauty is food for the Soul”

ART HK 09 Hong Kong International Art Fair returns to Hong Kong at the Convention and Exhibition Centre from 14-17 May 2009.

Check out over 110 galleries from 24 countries. 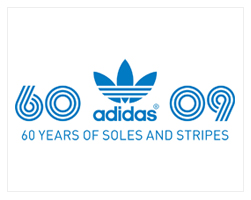 adidas has been the influential pillar of sports history since its establishment in 1949. Today adidas, the world's leading sports brand, is proud to celebrate its 60th anniversary. For creativity, adidas Originals uses "60 years of Soles and Stripes" as a product inspiration which describes decade-sets showcasing cultural moments in time and Adidas interpretations across the past 60 years.

The Celebration will be themed "60.09" (60th anniversary, year 2009). To pay tributes to the founder of adidas, Adi Dassler, a series of Adidas'