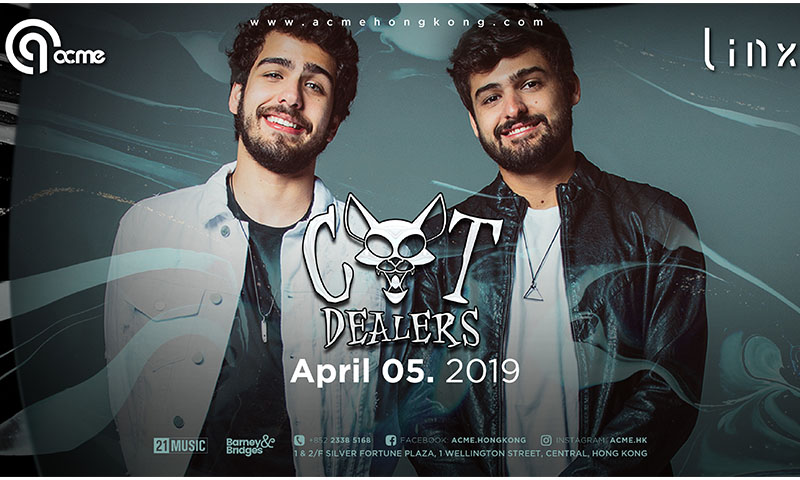 From Rio de Janeiro, Brazil, to the world - Lugui and Pedrão, better known as Cat Dealers are slowly but steadily spreading their sound and making a mark for themselves. Among the top three most influential DJs/Producers emerging from the Brazilian music scene, the sibling duo broke straight through the global charts coming in at #48 on the DJ Mag Top 100 list for 2018!

The pair’s breakthrough came in 2016 with their remix of ‘Your Body’ by Tom Novy, switching up the cheesy hit with a pitched-down vocal and stomping festival-ready pulse. Big bass wubbs are a sound that feature in many of the fraternal felines’ tracks, with their new 2018 rendition of Guru Josh’s ‘Infinity’ (produced with Beowülf) combining big room and bass house sonics too.

Exclusive Pop-Up with 'Cocktails For You' with Edvinas Rudzinskas, and Danil Nevsky at Red Sugar 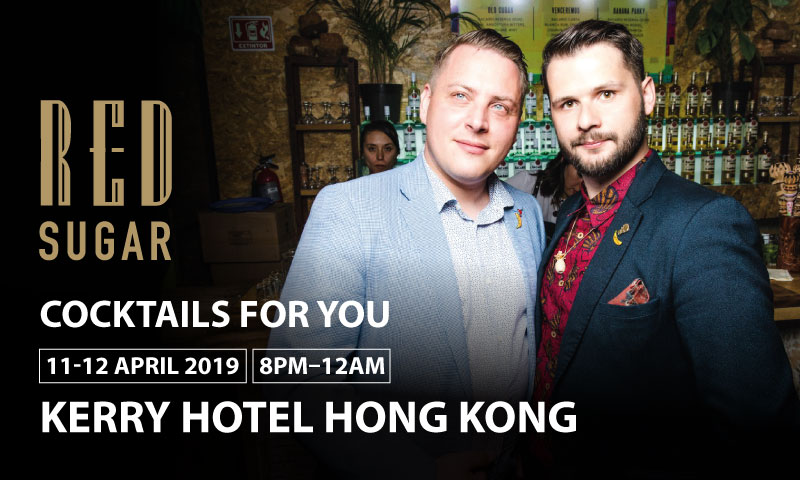 For those that are in Hong Kong on 11th or 12th April, are in for two special nights at Red Sugar (Kerry Hotel Hong Kong) with guest mixologists, the founders of ‘Cocktails for You’, Edvinas Rudzinskas, and Danil Nevsky.

Both Edvinas and Danil will be sharing their knowledge of cocktail making that they have experienced all of the world and now it is time to apply that to what Red Sugar has to offer in Hong Kong. Their goal is inspire, educate and entertain through the ‘Cocktails For You’ platform.

With just two days available, we highly recommend you make your table booking today to experience their crafted cocktails as well as those by the amazing Red Sugar team! 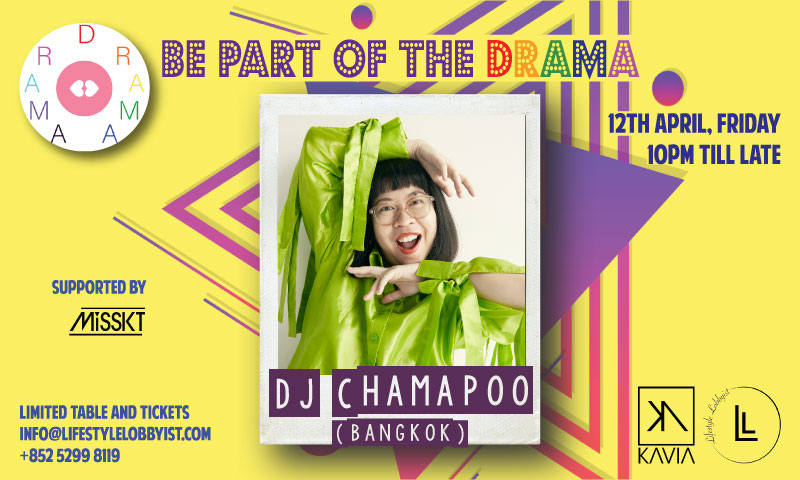 Don’t leave your drama with your mama – bring it to the new club night in town serving you creative fun, androgyny, sexuality, and feverish ambiguity for night owls looking for a party that slays. Check your morals at the door before entering an evening of indulgent flamboyance and come adorned as the creature that embodies the true you. 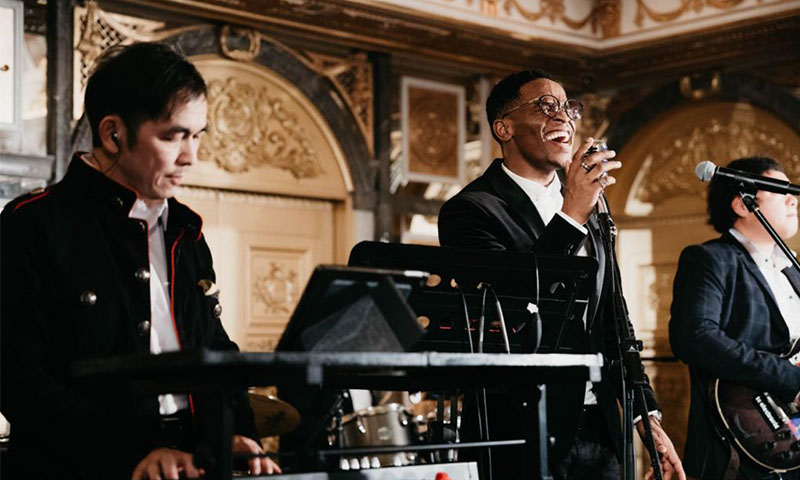 Mudita Funk was formed with the sole purpose of giving Hong Kong’s party people an experience they have never had in a live music lounge. The band comprises of five members; a pianist, guitarist, drummer, vocalist and DJ. The DJ brings a fusion of funky nostalgic sounds and effects from the originals songs you may know, combined with the funky contemporary interpretations by each of the band members! 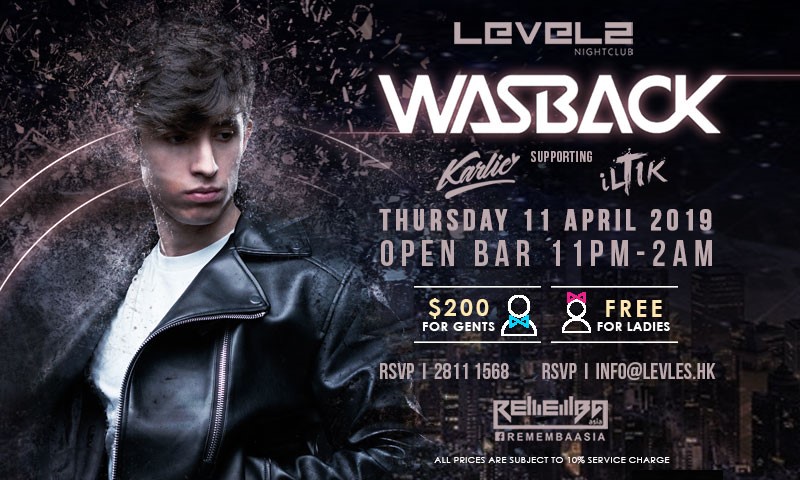 One of the most promising and talented individuals in the musical scene, 20 year old Alessandro, A.K.A, Wasback, has already released music on some of the world's best-known record labels. From his work on "Magic", released on Hardwell's label, to "Let It Go" on one of Spinnin' Records' labels, Wasback has earned a name for himself. He's supported notorious DJs such as Dimitri Vegas & Like Mike, Tiesto, Hardwell, and more, conquering the 3rd spot of Big Room Beatport Chart. Wasback is hitting the decks at LEVELS on April 11th - get ready for an epic night! Enjoy Open Bar between 11pm-2am - only $200 for guys and FREE for ladies! 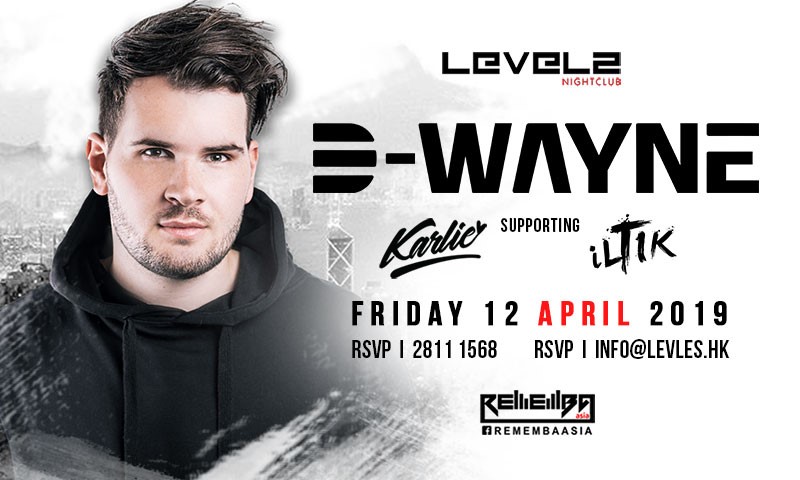 DJ sensation D-wayne's career has taken off with lightning speed. Remixing from the likes of Tiesto, Afrojack, Enrique Iglesias, Jennifer Lopez and many more, Netherlands native D-wayne has risen quickly in the music industry. With performances at well-known festivals and clubs all over the world, he has opened for some notable names like Avicii and Afrojack and toured throughout the Americas, Europe, and Asia. From Tomorrowland to EDC New York, his star quality and unique sound shine through in every performance. An extremely talented and versatile DJ, he is one of the youngest to ever get a solo residency at Drai’s Nightclub in Las Vegas. Now, D-wayne is hitting the decks at LEVELS on April 12th – get ready for an epic night of partying to the sickest beats. 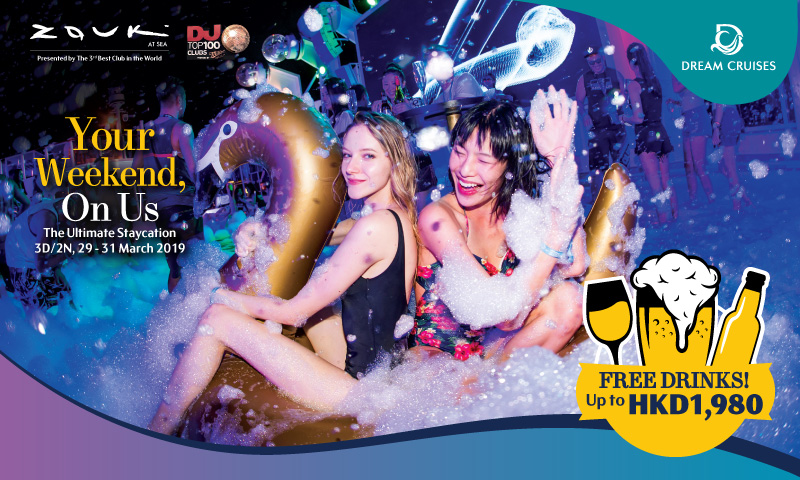 Calling all party lovers! Let's get on board World Dream for a dazzling evening. For 3D2N sailing on 29 March only, each booking will enjoy complimentary beverage credit for up to $1,980 per person! Book now and dance the night away! 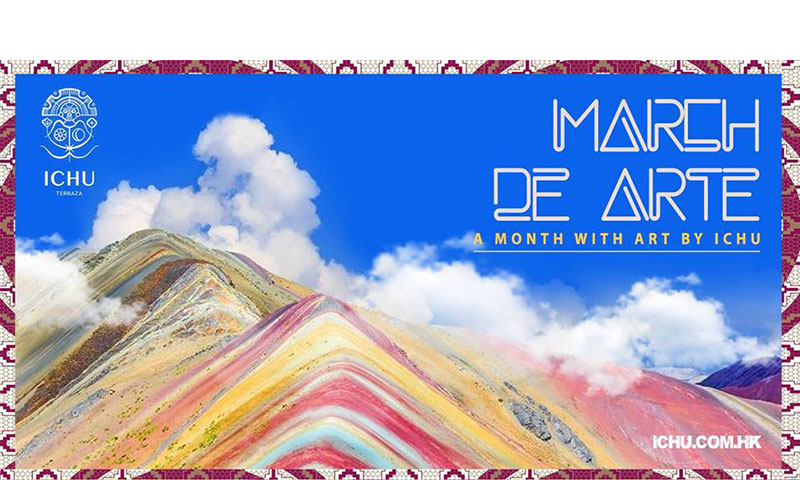 MARCH DE ARTE - A MONTH WITH ART BY ICHU

An explosion of creativity and excitement is washing over Hong Kong this month, with the return of the hotly anticipated Arts Month. Celebrate with us at ICHU with our exciting lineup of events, from special performances, including an exclusive DJ set by internationally proclaimed DJ MOBLACK; to Martin Solveig's singer JAY SEBAG; to QVLN, a Latin American multi-talented singer and producer, in addition to other surprising highlights such as fashion show and pop up store by street-luxe fashion label LISA VON TANG.

To close the month on a high note, party lovers would not want to miss the hottest party in town with BOUNCE’s afternoon party as well as our ART BASEL CLOSING PARTY on ICHU TERRAZA on Sunday 31st March. 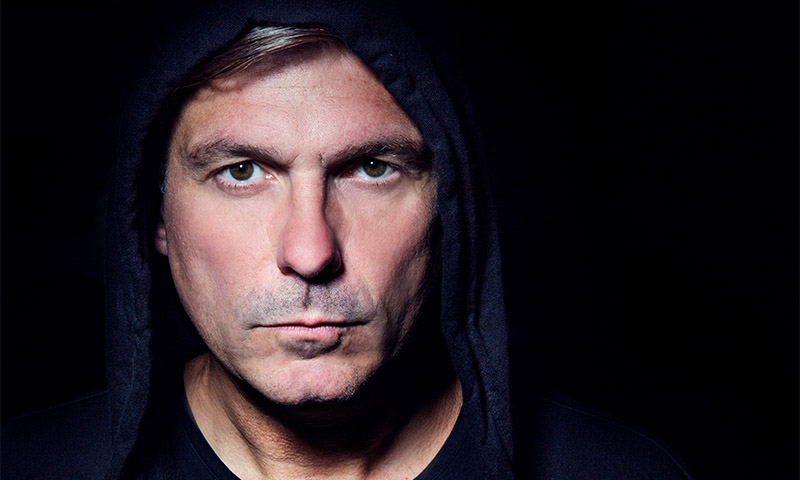 Techno innovator - Underworld originator - Underwater and Detone label boss - Darren Emerson has remained at the forefront of electronica, techno and house across the last three decades for good reason.

Solidly consistent productions, inspiring DJ performances and an unquenchable thirst for the new and interesting everywhere it can be found is an irresistible and intoxicating brew. 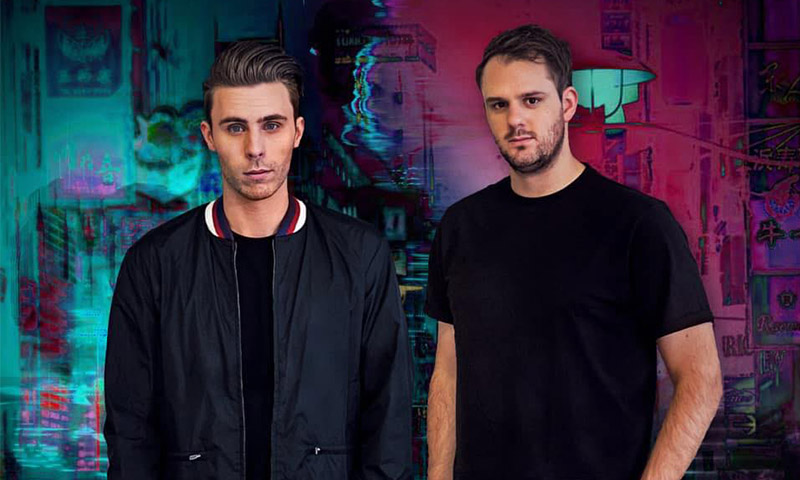 After meeting up in 2007, Willem van Hanegem and Ward van der Harst came together to form W&W and haven’t looked back since. The Dutch DJ and production duo have transcended the boundaries of genres and traversed the world with their globally acclaimed music and iconic live performances, becoming one of the most sought-after duos the world of electronic music has to offer.