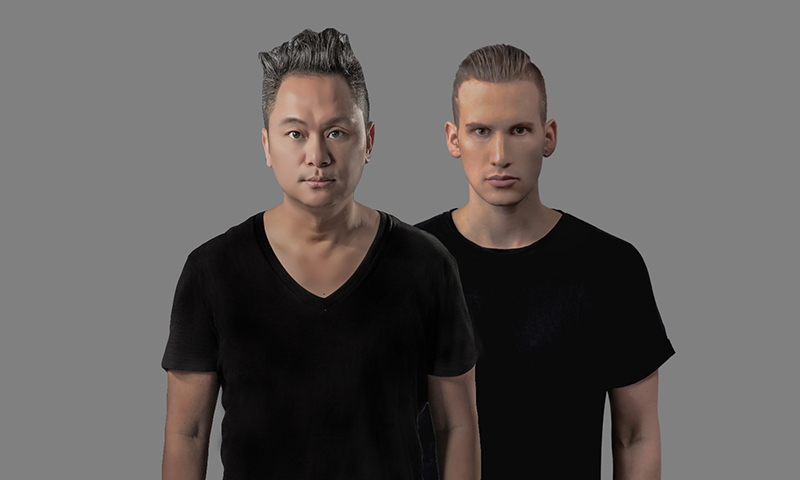 Junior & Kyle one of Asia's premiere DJs performing in numerous world renowned music festivals like Ultra and world-class clubs around the world along with high-profile fashion events serving up their signature mix of high energy, eclectic tunes.

Junior hailing from Taiwan, being the go to DJ influencer in the fashion scene working with brands such as Fendi, IWC, Maserati, Ferrari, Piaget, and Gucci, just to name a few. He has also performed alongside a long list of artists including Jay-Z, Pitbull, Avicii, R3hab, Afrojack, and Fatboy Slim. This year Rúla Búla & Orange Tree will be celebrating this annual Dutch national holiday on 26th and 27th April at Rúla Búla.

Expect Dutch music, traditional Dutch food and of course plenty of drinks throughout the day and into the night! 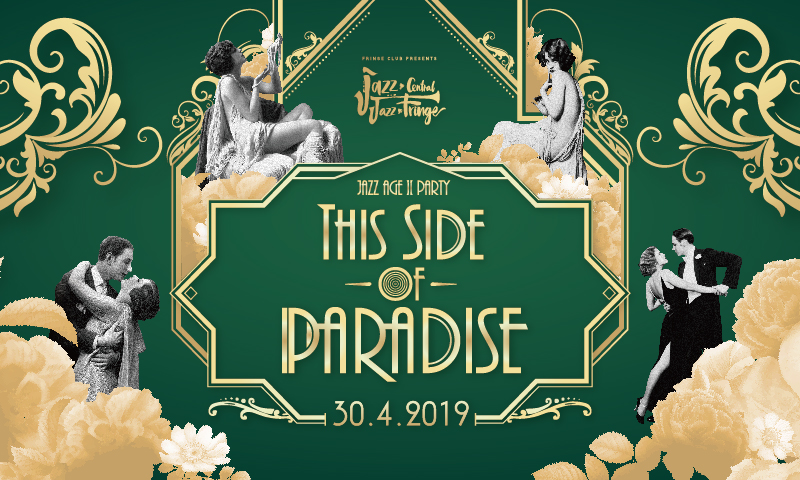 The Hong Kong Fringe Club, a Grade-1 heritage building dating back to the 1890s and a cultural landmark in Central, will be the venue for the “Jazz Age II Party: This Side of Paradise” on Tuesday April 30. The party, featuring seven renowned local jazz bands performing irresistibly danceable tunes, starts at 7:30pm and will continue until late into the night. EDM DJ and producer Juicy's early life was connected to music. She began her DJ career in 2007 as a resident DJ in fashionable nightclubs like Orangerea Supper Club, Patipa, and Matrix in Ukraine.

The following year, she was the headlining act of the Fashion TV tour. Having participated in the DMC World Eliminations in Ukraine and World Technical DJ Championship in Dubai, she was named “Best Female DJ of the Year” at the 2010 ProDJ Awards in Ukraine. In a now long forgotten world, many generations ago, a bird like shape emerged from wooded darkness, floating and fluttering, drifting and dreaming.

Backlit by a bright glow of iridescent light, the undecipherable form wore a dazzling golden mask. Its long beak swooped down like an inverted horn and since then, people have referred to the mythical being simply as Claptone. DJ Moffous from Croatia, now living in Spain with regular shows all around the world and residencies in IBIZA and KALYPSO BEACH CLUB at island Pag, Zrce Beach – #39 on DJ Mag Top 100 Clubs in 2017.

Dj Moffous has been making and promoting biggest events in Croatia and for last 10 years he’s been making his career as one of few international DJs from Balkan who made appearances all around the world. 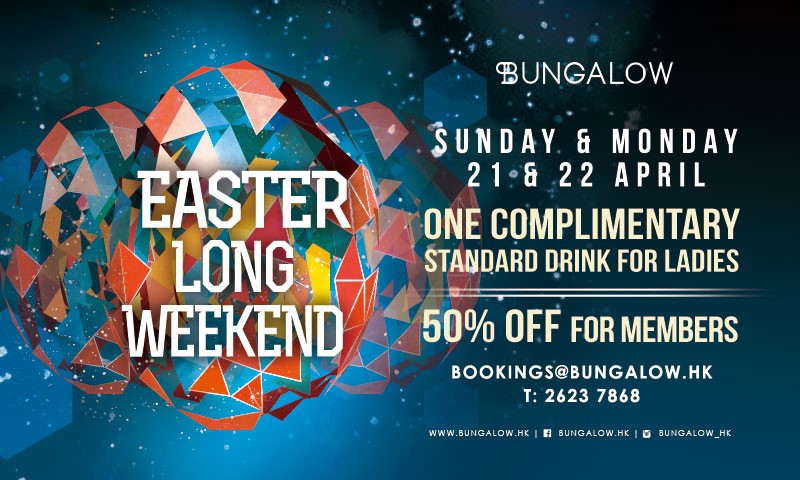 Gear up for the Easter Long Weekend celebration at Bungalow! Get in the party mood with free bunny ears, a complimentary drink for ladies, and a special discount for members! Don't miss this opportunity, join us for two wild nights of fun - book your tables now! Get ready for a wild long Easter weekend at LEVELS! Prep for the celebration with our four-drinks special before 1AM! With free bunny ears to get you in the festive mood, don't miss this opportunity to party it up with us! Book your table now! Join us for some Monkey Business as we proudly launch our new fortnightly hospitality night every first & third Monday of the month.

Come and rub shoulders with some legends of Hong Kong's F&B industry for a night of networking and revelry.

Present your industry business card on arrival for a complimentary drink on us. We also have a specially created menu with wallet-friendly prices. So bring your friends and enjoy the great deals.