Haus Club (the old music room) in the heart of Lan Kwai Fong has transformed into a new slick venue and has already hosted several successful parties at the beginning of the year.

Now they have set their weekly lineup dates, with a bit of a party twist.

Chingy Live in Hong Kong on the 18th March

To the thousands of you who visit us each day, Chingy will be in Hong Kong on the 18th March (please note the date has been changed again!). This will be a big event for the Hip Hop scene in HK this year and hopefully will kick of more of such acts to come to the region.

Information is still on its way. more coming very soon!

Kosheen DJ and Live PA in Hong Kong this Easter

Kosheen, well known for their vocal hit tunes such as 'Hungry' will be coming to Hong Kong on March 24th. Just after the rugby sevens and REM on the 20th, these two weeks are jam packed with great entertainment.

A lot of press, interviews and gossip have been taking about U2 coming to Hong Kong in 2005.

Nothing has been confirmed yet, but would be great to see them perform in Hong Kong. This kind of concert would:

4) Bring all people within the music industry together

5) finally, give us a great show for Hong Kong!

Let us hope that one of the promoters is working on the gig right now. 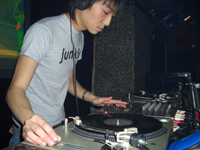 Check out the VIP section to get the mixes.

For Chinese New Year we will be working on HKClubbing.com and HKEntertainment.com. So if you want anything added please let us know.

You Witnessed the Invasion, Now Welcome to the Countdown to Armageddon. Pick ya head up, it is now green lantern season. Poised to released his debut album on Shady/Interscope Records, Entitled Armageddon, in first quarter 2005, DJ Green Lantern aka The Evil Genius is dangerously close to laying waste to landscape of the DJ album much like he did in the mixtape world over 10 years ago. Why? Because DJ Green Lantern is not just a DJ, heâs an artist. And heâs not just and artist, heâs an Evil Genius.

After numerous comments on HKClubbing.com forums over the last couple of weeks we can confirm that Avril Lavigne will be performing in Hong Kong on March 25th at HKCEC Hall 3.

The singer who will be on tour in the area has arranged a date for Hong Kong towards the end of her Asia Tour.

Site Updates and our latest news

We are currently working on a number of new site features and updates for HKClubbing, HKEntertainment & HKDElivery which will be ready by the end of Saturday.

Great things to keep in memory of the event last year.

All T-Shirts are now going for HK$80 each.

Please email info@hkclubbing.com to make your order including your number so that we can call you to arrange pickup and payment.

HKClubbing.com was in HK magazine today through an interview with the magazine about what the site believes are the trends in Hong Kong's clubbing community and how the scene will develop in 2005.

Check out the article we hope to have a copy online soon!