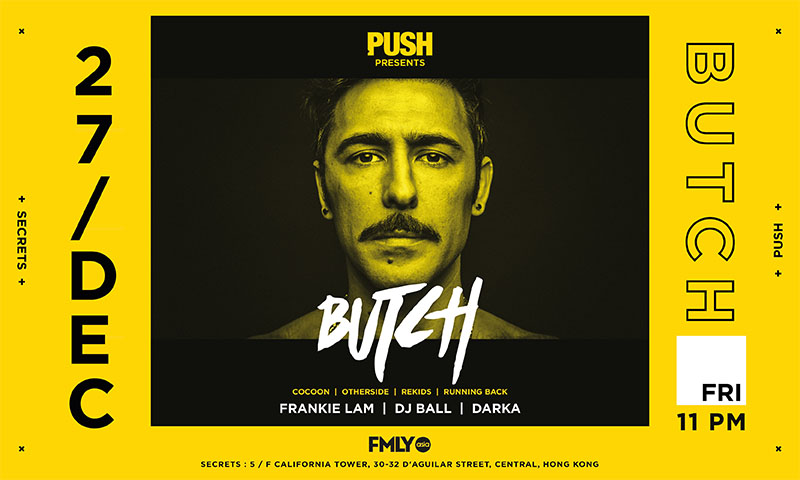 PUSH is stoked to present Butch at Secrets on December 27 (Friday)! Get ready for an epic year-end party as Butch makes his Hong Kong debut bringing his signature blend of funk-ed up pumping underground house music supported by Frankie Lam, DJ Ball and Darka!

Techno heads love Butch, House heads love Butch. Few artists flow through genres and emotional landscapes with such ease and fluidity, challenging preconceptions of the dance-floor and the expected outcome in the process. It’s true that with Butch, you never know what to expect, other than a consistently fresh and unique output. 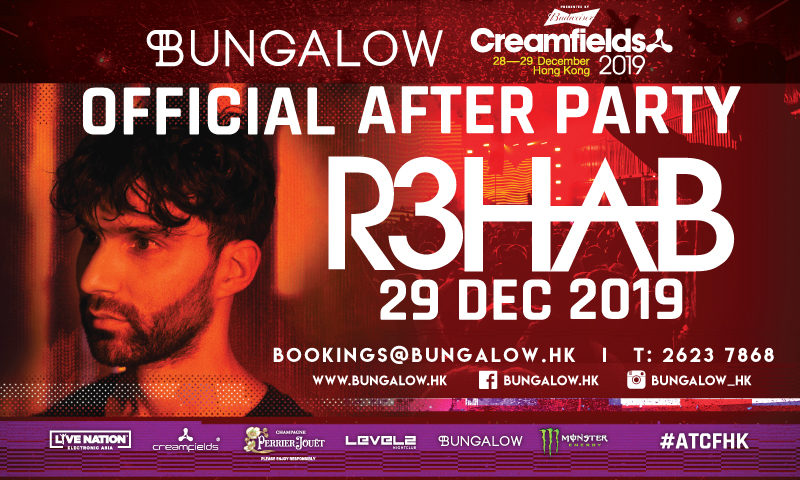 Bungalow will be hosting the Official Creamfields Afterparty on Dec 29! We are thrilled to announce R3HAB, Dutch DJ, record producer, and DJ Mag top 100 DJ #14, will be performing that evening! 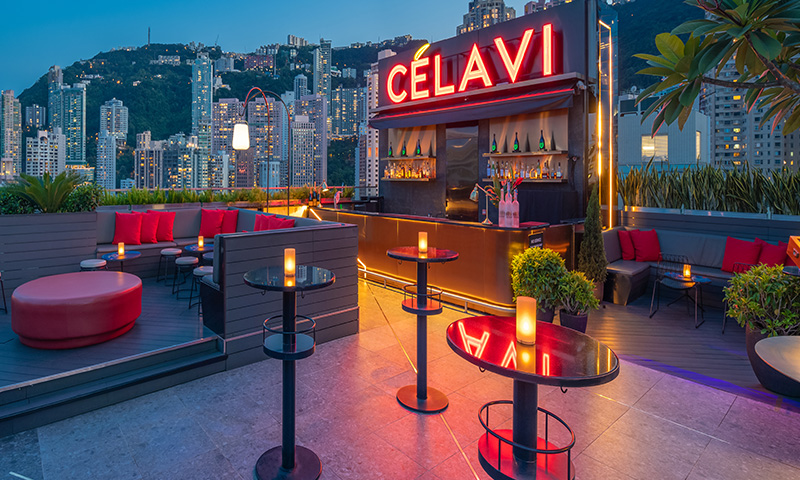 CÉ LA VI has confirmed its closing by saying 'Iconic Locations Limited has announced that it will be ceasing operations of CÉ LA VI HONG KONG located in California Tower, Lan Kwai Fong, Central, Hong Kong, coinciding with the end of its current lease agreement  after four years of operations at the venue'. Meanwhile, they are still expanding their business to Tokyo and Dubai. 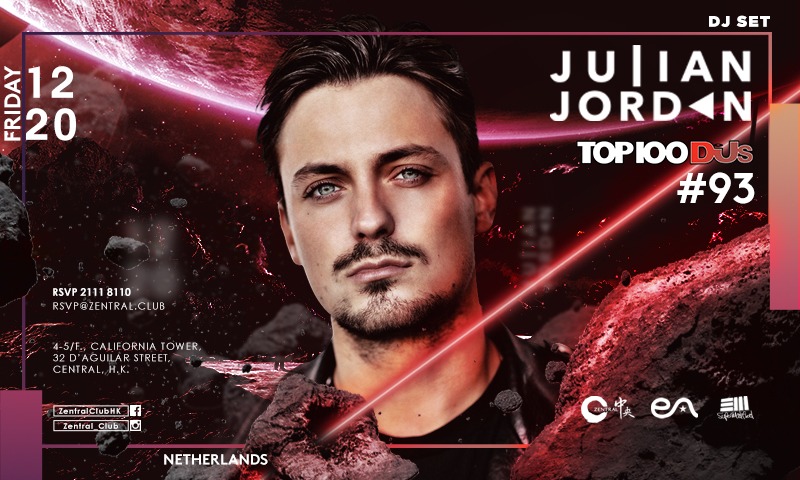 The biggest event ever at 2019! International DJ festival, Zente11ar, Round 2 is going to begin!

A very Good Brother of #BFAM(Brother From Another Mother)-Martin Garrix, the hottest new Top 100 DJs, Julian Jordan! His fierce electro collaboration with Martin Garrix ‘Welcome’ amassed over 32 million streams to date! Having made his name with a slew of anthems on scene-leading labels like Spinnin’ Records, DOORN Records and Revealed Recordings, he has now made great strides with his own label GOLDKID Records.

20th Dec, his FIRST show ever at Hong Kong! EDM Fans can finally enjoy his music in person and sense the power of TOP 100 DJs! Don’t miss it! 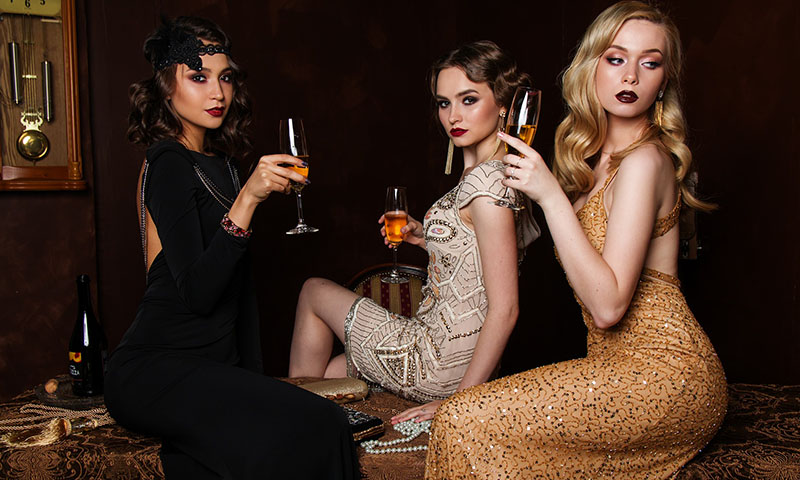 Every year there seems to be more and more NYE parties to choose from! We have put together a full list of all of those out there for you all to browse and see which one sounds the best! 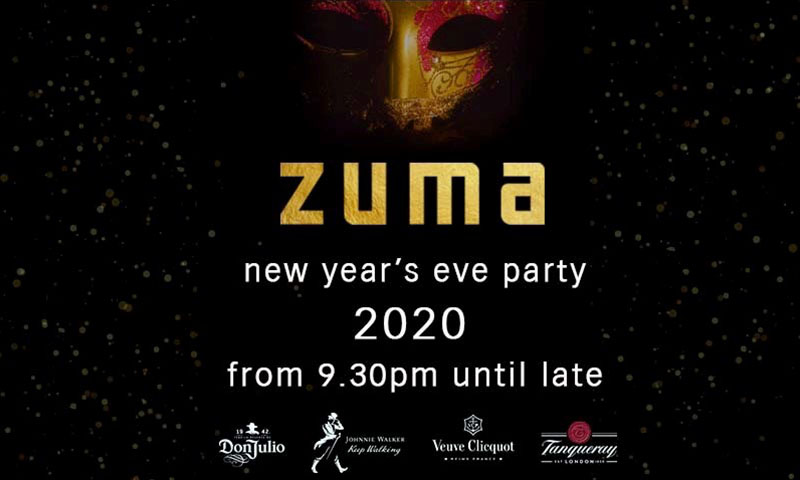 With touches of masquerade-themed revelry in abundance, guests will be ushered into a playful yet stylish setting, with free flow Veuve Clicquot champagne and exceptional music by DJ Emmanuel Diaz to keep the party in full swing as the midnight hour approaches. Those looking for an extraordinary occasion with which to see in the new year need look no further.

Live Music shows not to miss in December 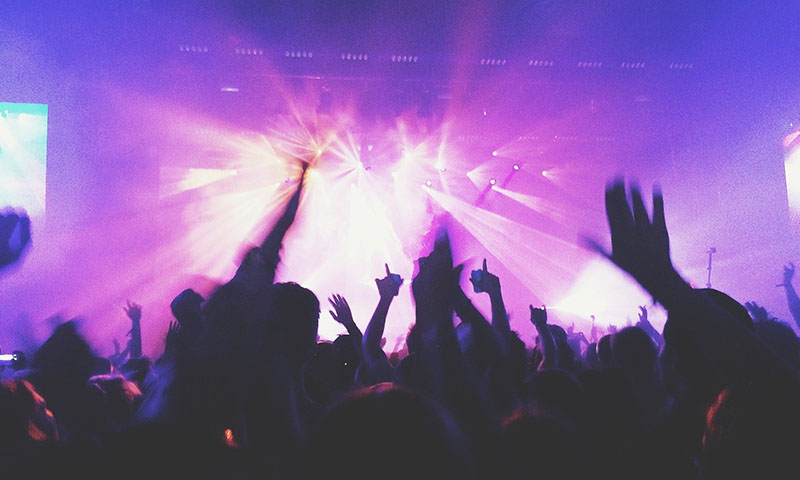 The year is not over yet and there are still some really great artists coming to Hong Kong this month. We have selected three events that you should really not miss and go to. 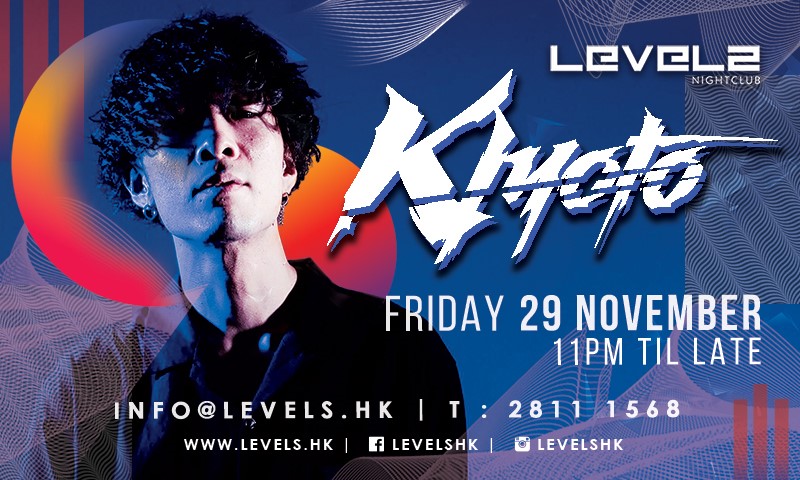 Following his successful album releases, he was selected to be the Resident DJ at TK SHIBUYA in 2014. Since then, he has overseen and organized numerous weekday parties and events, producing the no.1 weekday party on record.

Performing at the crowded weekend event SHIBUYAMIXX as a part of the main set, the quality of his music is reflected by his tremendous popularity. DJ Kiyoto has opened for many famous foreign DJs and performed more than 250 DJ sets a year. His acclaim attracts many people to Shibuya - now he has been touring abroad, playing for audiences in Taiwan, China, Malaysia and now Hong Kong. 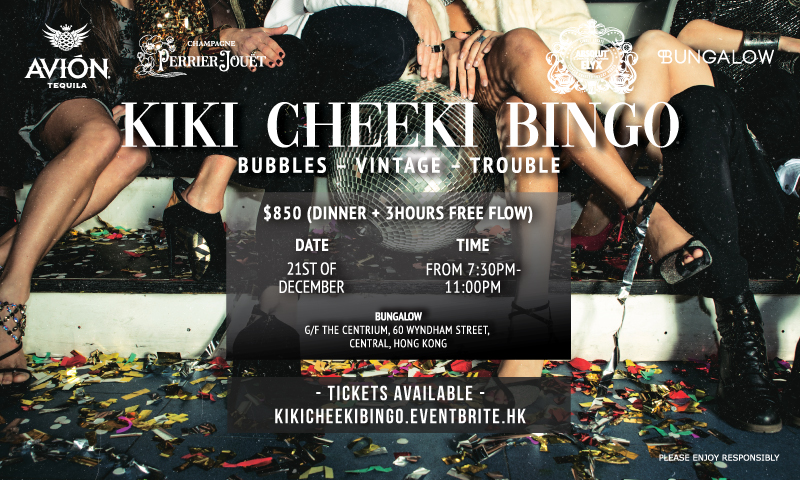 Who’s ready for some trouble? A spectacular evening of entertainment awaits you at Bungalow on November 30th—put your hands together and get ready for the first night of our Kiki Cheeki Bingo! Spice up your Saturday night with some thrilling games of Bingo, delicious food, bottomless bubbly and more tasty drinks! The party kicks off at 7:30pm! Get your tickets today and let the good times roll!

The results of hkclubbing.com Nightlife Awards 2019 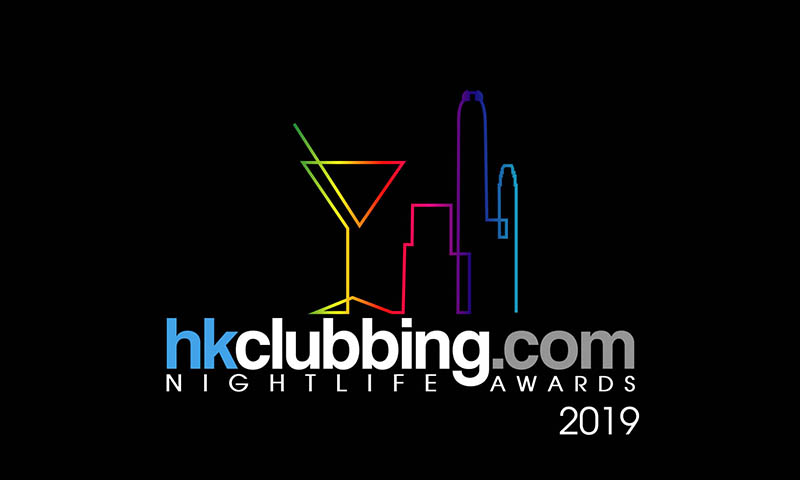 The hkclubbing.com Nightlife Awards 2019 took place on 14th November (Thursday) at Rula Live. Congratulations to all the winners, those that made it as well as our sponsors that night. It was a fun night with many of the industry coming out during this busy time of the year.

The Best Hotel Bar in Hong Kong
The winner of 2019 is Red Sugar.

The Best Restaurant or Bar Decor in Hong Kong
The winner of 2019 is The Iron Fairies.

The Best for Live Music.
The winner of 2019 is Foxglove

The Best International Beer
The winner of 2019 is Tiger Beer

The Best Champagne Brand
The winner of 2019 is Dom Perignon

The Best Spirit Brand
The winner of 2019 is Grey Goose