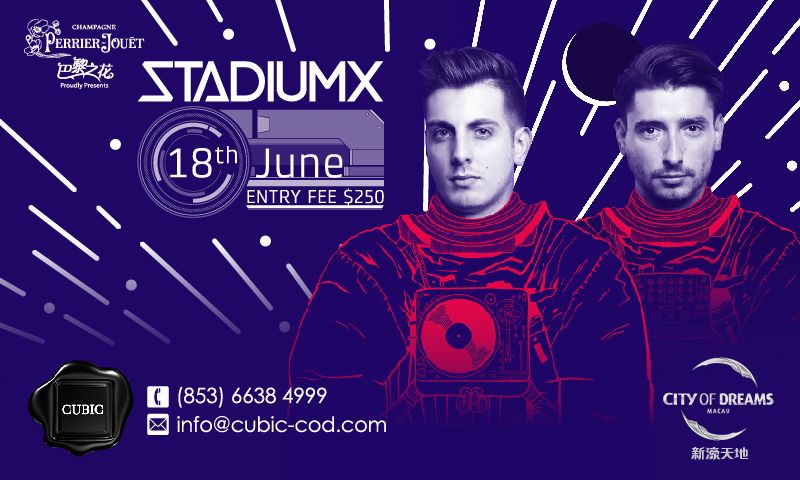 DJ/producer duo Stadiumx consists of two Hungarian producers David and Sullivan (also known from Muzzaik with over a 100 releases on Beatport).

The collaboration that officially formed in late 2012 have been working hard in the studio on new material and Stadiumx was formed to create and release their unique visions on music! Their goal? Bring a new energetic sound: a blend of house-electro and progressive which results in that “Big-Stadium” sound!”. Their successes at Protocol Recordings paved the way for several gigs with Nicky Romero and a collab called ‘Harmony’. Stadiumx is set to be the neXt big thing! Catch them trying to break the speakers atClub Cubic on June 18th.