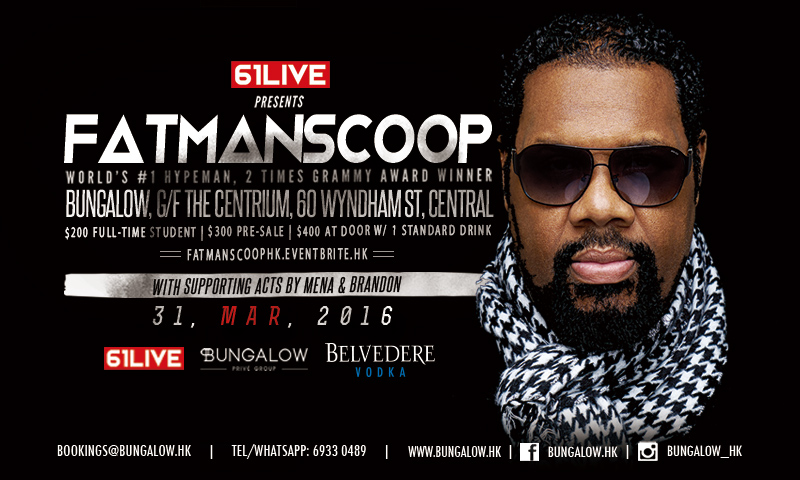 If engine number nine on the New York transit line conjures up images of American public transport, you’ve probably never heard of Fatman Scoop. But if those words get you humming along, you’re likely to have thrown some shapes on a dance floor to the US rapper’s 2003 anthem Be Faithful.

12 years on and Fatman’s train is still on the tracks, albeit no longer hurtling along at the speed it once was. Since his hit song, the 35-year-old has featured on plenty more singles – including such delights as Rock the Boat, Wine De Best and Raise the Roof – but never achieved the dizzy heights of his breakout effort.

Nevertheless, he’s done plenty of work as a hype man (for the uninitiated, that’s a backup rapper tasked with getting the crowd pumped during a show), appearing for the likes of Skrillex, Mary J. Blige, Busta Rhymes and Missy Elliott (whose hit single Lose Control he also rapped on back in 2005).