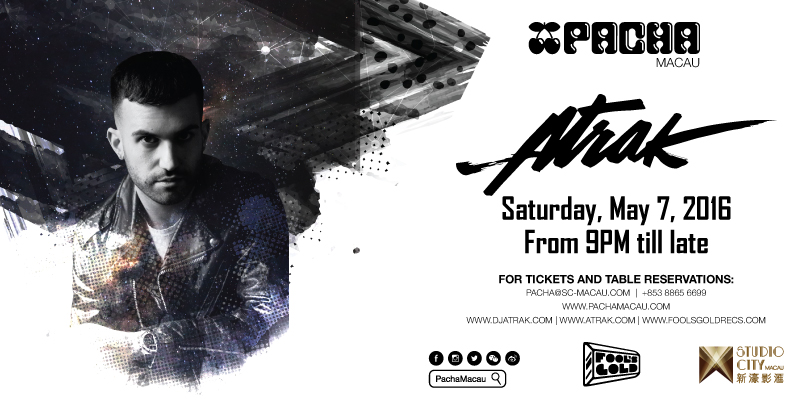 Known by his stage name A-TRAK, Canadian DJ and Producer Alain Macklovitch is viewed by many as a 90s turntablist prodigy.

The owner of Fools Gold record label began his career at the age of 15 after winning a DJ battling World Championship and all three major championships - International Turntablist Federation (ITF), Disco Mix Club (DMC) and Vestax World Extravaganza - all before he was 18.

Merging the sounds of rap and electronic music through his remix work, he has produced for Kid Sister and Lupe Fiasco and remixed for electronic artists that include MSTRKRFT and Justice and has dropped in to make appearances on albums by Drake and Kid Cudi.

Now a DJ, producer and a street-wear cultural icon collaborating with brands such as Nike and Zoo York, he has toured the world with Kanye West's larger-than-life stadium show and is now setting foot at Pacha Macau to show off his master turntabling skills.

Join us on Saturday, May 7 at Pacha Macau.
From 9pm till late