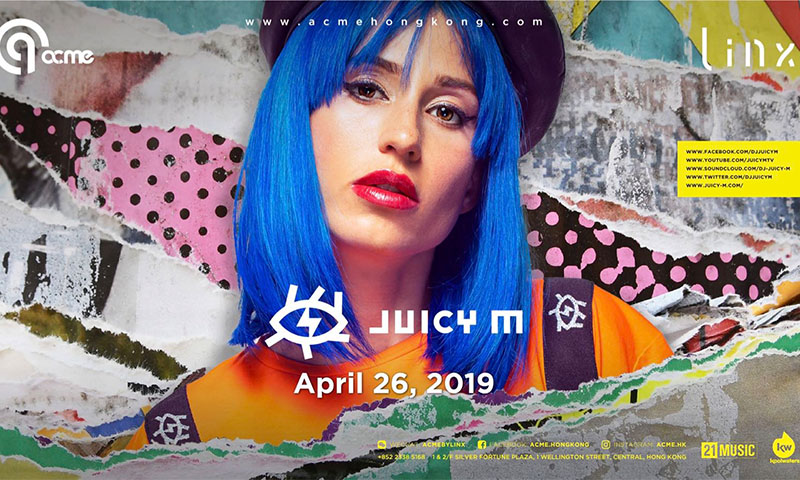 EDM DJ and producer Juicy's early life was connected to music. She began her DJ career in 2007 as a resident DJ in fashionable nightclubs like Orangerea Supper Club, Patipa, and Matrix in Ukraine.

The following year, she was the headlining act of the Fashion TV tour. Having participated in the DMC World Eliminations in Ukraine and World Technical DJ Championship in Dubai, she was named “Best Female DJ of the Year” at the 2010 ProDJ Awards in Ukraine.

In 2011–2012, she had her first international gigs in Europe and Asia as a hip hop and R&B DJ. She opened for Black Eyed Peas, Backstreet Boys, Afrojack, Jay Sean, Skrillex, and others.

She gained huge popularity after posting her first mixing video with four CDJs on her YouTube page, which gained over 8 million views and after releasing her first bootleg on Major Lazer's 'Bumaye', supported by numerous DJs like Calvin Harris, Laidback Luke, Bob Sinclar and others in April 2013. In June 2013, she started a weekly podcast called "JuicyLand", which is broadcast in 11 countries. In September 2013, Juicy M hit Billboard's Next Big Sound chart.

You can clearly hear hip hop influence in her sets now, this strictly-dance maximum-energy live-mashuping half-track mixing. It's something she brought to the scene and you can hate it or love it, but you will never stay unconcerned.

The main challenge of electronic dance music era in her career is obviously music production. Started from the scratch without any support from big labels or publishers she managed to open her own record label JUMMP Records in 2014 and did few collaboration tracks with young producers like she is. In the same year, she released her first single titled "Samurai" together with German producer Ton! Dyson on June 12, which peaked at number 32 on the Beatport chart. JUMMP Records became starting platform for young talents like Angemi, JuicyTraxx, JapaRoll etc. Luckily it also helped Juicy M herself to get noticed by one of the biggest shark in EDM ocean Armada Music with whom she signed worldwide deal.