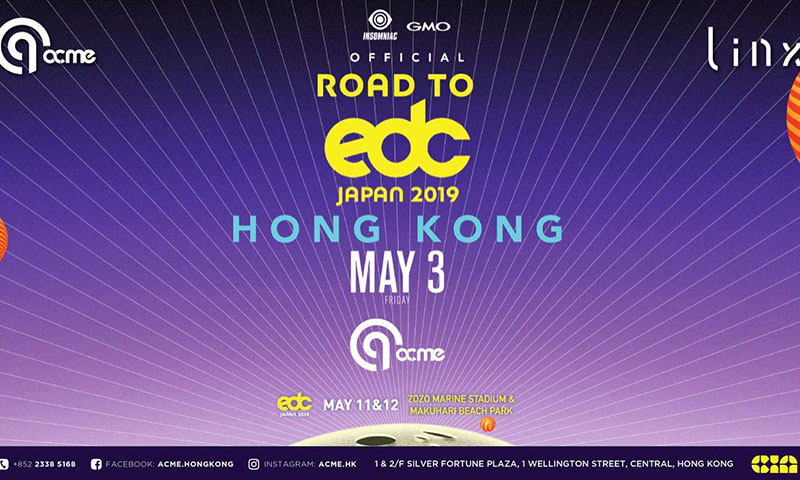 DJ Busta-Row started his DJ career in 2008. In 2013, he started his residency in V2 TOKYO (ex:Vanity Lounge Tokyo) in Roppongi, Japan.

He was the champion of Miller SoundClash 2015 Japan and represented Japan at the world ﬁnals in Las Vegas.

In 2016, he performed in Ultra Korea, Spectrum Dance Festival and was also invited to perform at Privilege Ibiza, registered as the world largest club by the Guinness Book of Records in Spain. In the same year, for the ﬁrst time, he produced the total mix and remix for V2 TOKYO Exclusive Party Hits Vol.2.

We'll be giving away 5 sets of 2-day GA tickets to EDC Japan on the night!