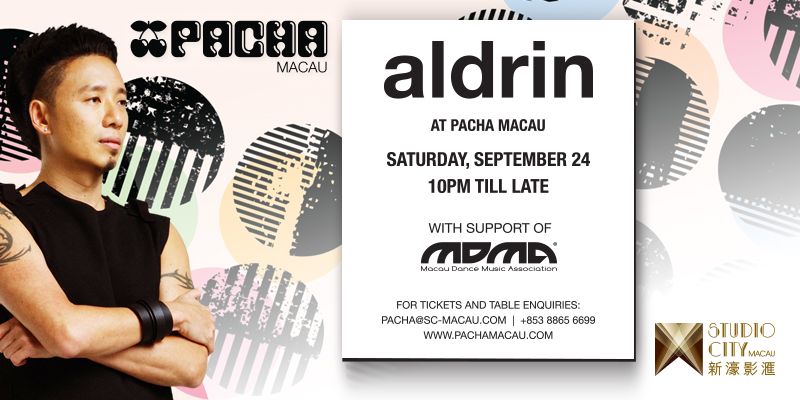 One of Asia’s internationally prominent DJs, Aldrin, is headed to Pacha Macau.

The Singaporean DJ and music producer has been at the forefront of Asia’s dance music scene, flying the country's flag throughout the four corners of the world garnering acclaim at every stop from press, punters and fellow DJs alike.

Cited by British dance music magazine Muzik as "One of the world's finest residents", Aldrin's global profile includes Best DJ vote at the I-S Magazine Readers' Choice Awards 2013 and was the only Asian by the start of the millennium to be featured as DJ of the Month and being named "a contender for Best New DJ" in Muzik.

He was also the Asian DJ to be featured with a 2 hour guest mix for Pete Tong's world-renowned Essential Mix radio show.

With the support of MDMA, join us on Saturday, September 24 at Pacha Macau