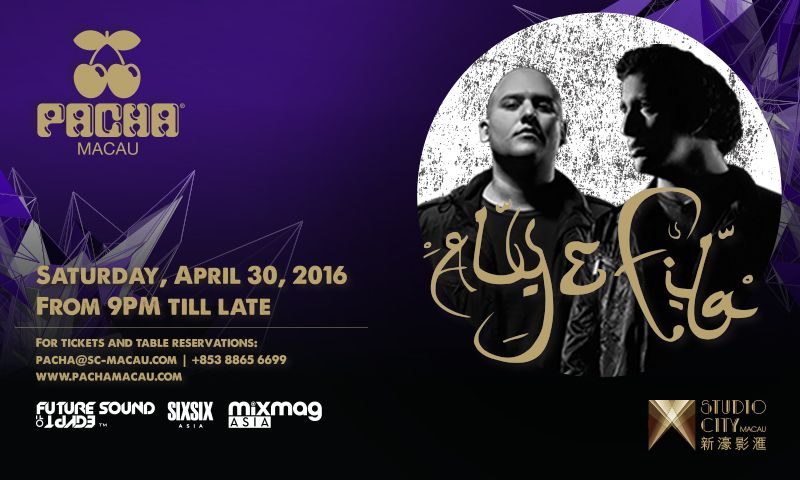 Emerging from the spiritual lands of Egypt, prepare for a trance trip with the sounds of Aly & Fila on Saturday, April 30, 2016.

Voted consecutively twice as the No. 1 Trance DJ in the "Trance Podium Top 100 Awards” in 2015, the turntable Shamans Aly Amr Fathalah and Fadi Wassef Naguib have an immense ultra-loyal in-country following from the Med to the Red and from up high in Cairo and they are now bringing their Egyptrance to Pacha Macau for the first time.

With their whip-smart productions and sandstorm sonics, their performances have raised the bar at some of the world's most recognized clubs, having also performed on the biggest EDM festivals such as EDC-LasVegas, Tomorrowland, Global Gathering, WMC and Full On Ferry just to name a few.