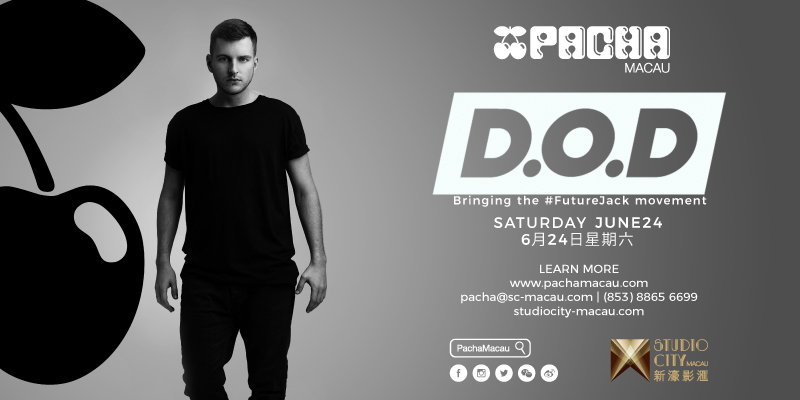 Positioning his musical style as ‘Jump-Up Electro House’, expect a high-powered, charismatic performer that is undoubtably becoming one of the most respected Electro House DJs and producers in the scene.

In addition to his prodigious talent on the decks, D.O.D's music is also strongly supported by all the major players in electronic music including Laidback Luke - who continues to be a mentor and robust advocated of this work - Hardwell, Blasterjaxx, Dyro, Martin Garrix, Dimitri Vegas, Like Mike, Tiesto and many more.

Join us on Saturday, June 24 at Pacha Macau