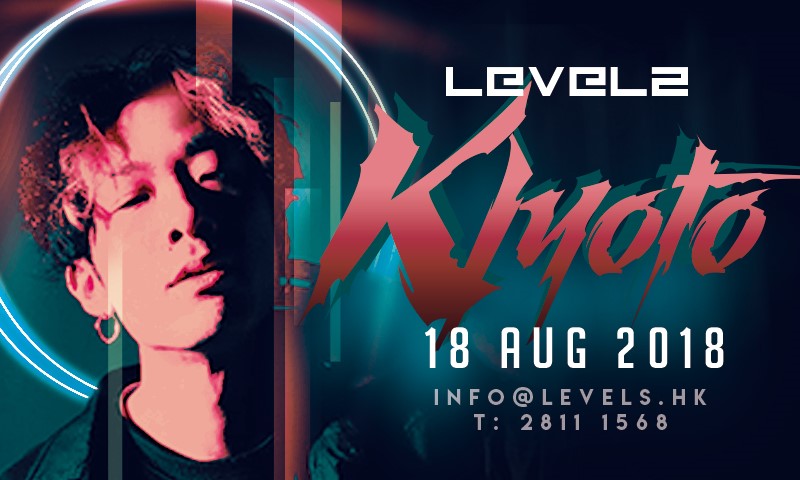 Following his successful album releases, he was selected to be the Resident DJ at T2 SHIBUYA in 2014. Since then, he has overseen and organized numerous weekday parties and events, producing the no.1 weekday party on record.

Performing at the crowded weekend event SHIBUYAMIXX as a part of the main set, the quality of his music is reflected by his tremendous popularity. DJ Kiyoto has opened for many famous foreign DJs and performed more than 250 DJ sets a year. His acclaim attracts many people to Shibuya - now he has been touring abroad, playing for audiences in Taiwan, China, Malaysia and now Hong Kong. Catch his enthralling set live at LEVELS on Aug 18th!