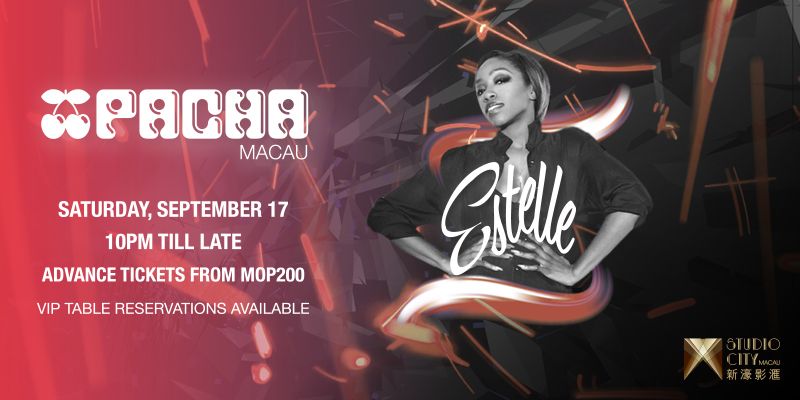 The songstress burst  into international stardom with the release on her single "American Boy" from her second album "Shine" which was the first record to be released under John Legend's Homeschool label in partnership with Atlantic Records.

In collaboration with rapper Kanye West, the single "American Boy" earned Estelle a Grammy Award for Best Rap/Song Collaboration in addition to being nominated for Song of the Year and many other awards worldwide.

With no signs of slowing down, Estelle has now launched her own independent label, Established 1980 Records, taking full control of all the creative process of her current and future music endeavors.

Join us on Saturday, September 17 at Pacha Macau
From 10PM till late