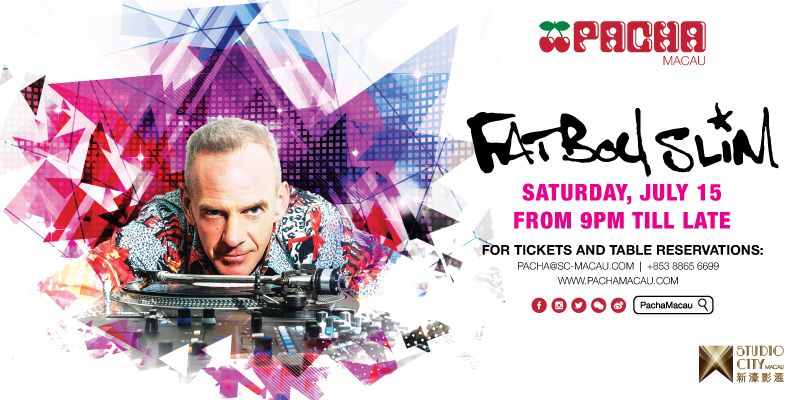 Sampling from a wide range of music genres to create electronic music, Norman Cook, under the stage name Fatboy Slim, transformed into a international star when in 1998 he released the inescapable hit "The Rockafeller Skank" from the album "You've Come a Long Way, Baby".

The British house legend even had Christopher Walken featured in the music video of "Weapon of Choice" dancing throughout the video which won him 6 MTV video awards in 2001.

Join us on Friday, July 15 at Pacha Macau - free admission for the first 100 ladies to arrive!
From 9PM until late.