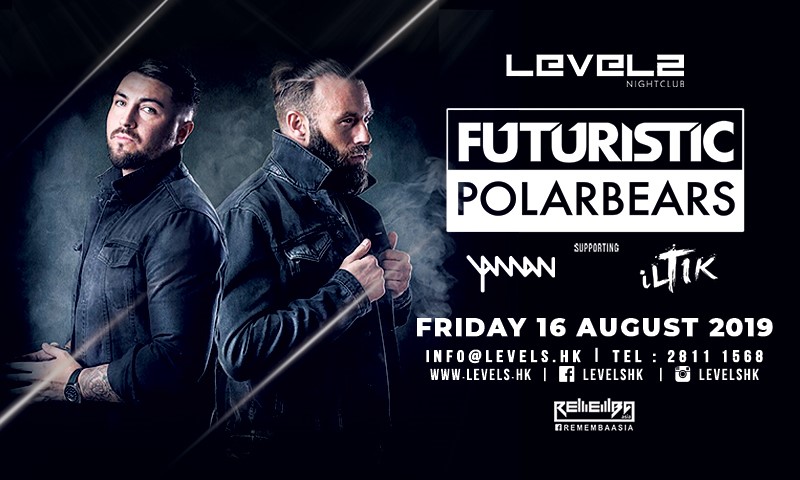 Making their way to LEVELS on Friday, August 16th are the Futuristic Polar Bears—working their paws off to achieve the seemingly unachievable, the Futuristic Polar Bears have seen their dedication and enthusiasm yield much success. With big names like Hardwell name-dropping their new track at TomorrowWorld in 2014, their name and sound have become synonymous with pushing the boundaries of the genre.

In the studio, the Futuristic Polar Bears have pushed out massive releases on Revealed, Mutants, Provoke, Carrillo, Strictly Rhythm, Perfecto, Subliminal, Pinkstar and Harem, and Global Radio (the cutting edge show that goes out to over a million listeners in 42 countries across the world each week). Showing no signs of slowing down, the duo will dominate the industry with their futuristic sound and unique style.

The guys have taken their undisputable energy to stages across Russia, Thailand, Singapore, Mexico, India, and South Korea, destroying dancefloors and crushing sound systems alongside the likes of Martin Garrix, Kim Fai, and Danny Howard. Are you ready for them to smash it at LEVELS with a sick set of night-pummeling beats and bass-thumpers?