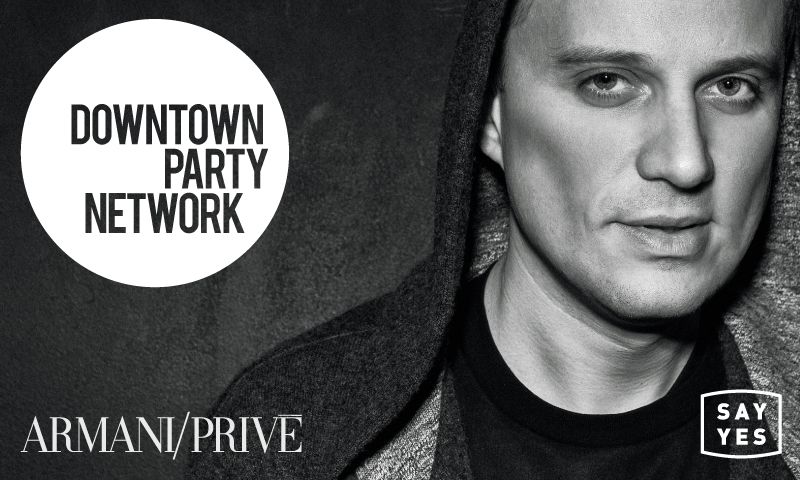 This Saturday Armani/Privé is extremely honored to present one of deep house’s finest and most prolific DJs and producers. Since 2009, Downtown Party Network’s music has been signed by Get Physical Music, Eskimo, Compost, Needwant, Noir, Future Classic, Dirt Crew, Silence Music, Best Kept Secret to name a few. The releases have been favorited by Laurent Garnier, Groove Armada, Tensnake, Dixon, Ame, Aeroplane, Jamie Jones, Kolombo, Sasha and many others. Downtown Party Network has been established in the remix world as well, and has presented swell versions of tracks by Kolombo, Sander Kleinenberg featuring Jamie Cullum, Mario Basanov etc.

Space Me Out, released by Silence Music, became one of the most charted tracks on Resident Advisor. Mario Basanov, Hannes Fischer and Musk accompanied the original track with brilliant remixes. Each of them received a significant amount of attention, as well as a melodramatic music video that was filmed in spooky Lithuanian nature. Soon after we saw the 10” vinyl and digital release ‘In The Air / Call On Me’ on the Berlin-based house label Dirt Crew, with follow ups released on the legendary Futureboogie imprint and talents-gathered Anjunadeep.