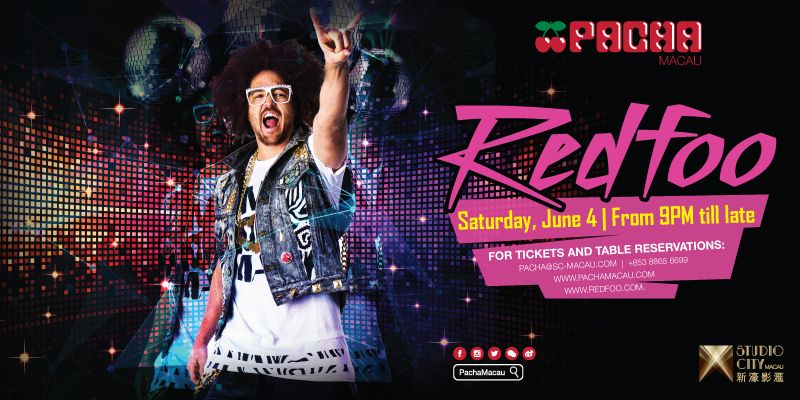 Big hair, animal print and a whole lot of Party Rocking; get ready to party hard with Redfoo this June!

Better known as the other half of electro-pop dance duo LMFAO, their career catapulted with the release of number one hits that topped the charts such as "Party Rock Anthem" and "Sexy & I Know It", celebrated with multiple Grammy nominations, MTV, NRJ & Billboard Award wins, landing to a performance alongside Madonna at the Super Bowl XLVI.

Redfoo's infectious energy and character authenticity plays a huge role in his rise to superstardom and ensures that "everybody just have a good time” is the mantra his fans live by.

With the release of his solo album 'Party Rock Mansion,' prepare for a take-over of Pacha Macau by Redfoo!

Join Pacha Macau and Redfoo on Saturday, June 4 at Pacha Macau
From 9PM till late