‘The Archivist,’ A Journey Back To The Golden Eras Of Cocktails at Lobster Bar And Grill 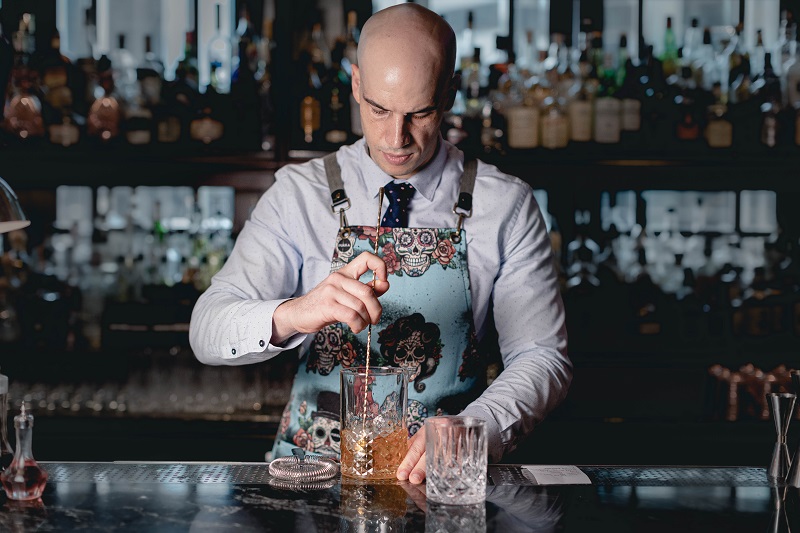 Named ‘The One To Watch’ in Asia’s 50 Best 2019, Bar Manager Bob Louison has delved through the history books and his library of cocktails to create a unique cocktail menu, ‘THE ARCHIVIST’ that takes guests on an adventurous journey through centuries of cocktail renaissance.  Inspired by classic cocktails from bygone eras, the team of cocktailians has given each of the drinks a modern twist to reinterpret classics from around the world and throughout history.

The Archivist begins the historical narrative of cocktail formation from the “Age of Punch”, a period when English sailors found new ways to replace their expired wines and beers.  First travelling from India to Great Britain, cocktails later made their way to America for the rest of that era.  The concept of mixing various ingredients in alcoholic drinks became a cultural obsession, a work of art and a passion, and eventually an industry on its own.  Thus began the concoction of classic cocktails such as the “Prescription Julep” and “Little Egypt”.  However, a

thirteen-year prohibition came about in America and forced the industry to completely migrate or to go underground in order to survive.  Iconic cocktails from this era such as the “El Presidente” marked its legacy as invented in the neighbouring country of Cuba.  Lobster Bar takes on the pursuit to preserve the cocktail’s history and build their knowledge on cocktails from these significant eras in hopes of presenting the best in its own interpretation of the classics from the six past important eras.

Priced at HKD110 to HKD140 + 10% each, this spirited journey takes guests back to the origins, as well as the reinterpreted craftsmanship and histories of the classics from the 1600’s, through the colonial and golden age of cocktails, followed by the prohibition and post-prohibition era to introduce 12 unique and intriguing cocktails and 6 mocktails.  There is a new Bar Snack Menu to complement these reimagined libations, featuring Lobster Bar Puffs, Lobster Roll, Country Terrine, all-time guest favourite Seafood Platter and more. This new experience is served in the charming vibe and hospitality of Lobster Bar and Grill, the perfect setting exalted by true cocktail enthusiasts.
--- --- ---

About Lobster Bar and Grill
Lobster Bar and Grill offers a convivial atmosphere to unwind in and savour a series of innovative cocktails crafted by Bob himself and a team of talented cocktailians.  A trendsetter in the city’s cocktail scene, the bar has been named one of ‘Asia’s 50 Best Bars’ by Drinks International from 2016 to 2019.  It has also won the gold award for the ‘Best Cocktail Bar’ at the Hong Kong Best Spirits Awards 2019.