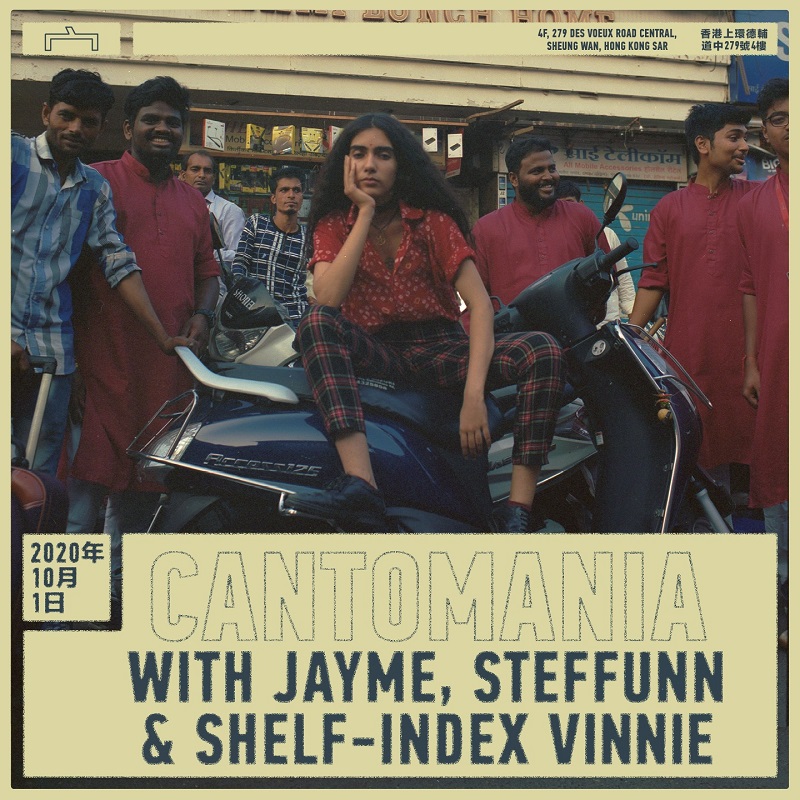 We take advantage of this long national holiday week-end to indulge ourselves into two nights of guilty pleasure. On Thursday 1st of October, we’ve asked JayMe, Shelf-Index as well as Steffun to dig deep into their cantonese music collection and bring us back their best records from the 80’s & 90’s era.

JayMe is one of the most respected and revered figure in the local scene, being the founder of the collective and underground club Acadana located in the New Territories and holding monthly parties with proper music curation. On top of that, he is a real music enthusiast holding an impressive collection of 4,000 vinyls at home, one of the few guys who can play everything with a very versatile style.

He grew up in the 70’s witnessing the disco boom first hand. He kept his love collecting records and going to parties for more than 30 years. Began DJing from 2013 alongside his medical career, earning the title “the Disco Doctor”. Started his own Loft style private club in 2015 called Acadana (literally means Party without a care) which has become the most cherished place amongst all underground DJs. Dabbled into Techno territory in 2017 playing at Teknival, Social Room and other HK locations.

Regardless of the genre he’s playing, JayMe is still deeply rooted in old skool NYC style with just one resident DJ for the whole night, à la Larry Levan or Junior Vasquez. He wants to build things up slowly. He wants you to put your expectations at home. Dropping pop music in the middle of some dark Techno without killing the vibe. He wants to tell you a story, in his own unique musical language, with the most unforgettable plot twists.

After winning the bronze (open category, 2001) and distinguished award (youth category, 1997) of the Hong Kong Independent Film and Video Awards, domting graduated from California Institute of the Arts in 2001. Since then he’s been working in different positions within the media industry and occasionally makes videos for Re-Records/Lona Records related artists, plus music videos and live visual design (notably Anthony Wong 黃耀明/Tat Ming Pair 達明一派 / Rubberband/ Tsoi Sai-Ho to name a few) and creates sonic manipulation material under the alias Shelf-Index. Besides participating in different experimental events, he is also a member of the DJ crew “Are Friends Electric?” and founded “SYNC SING SIN” alongside Alok, Jamline and AWI.

Apart from throwing parties in clubs and art galleries, plus supporting the likes of Filastine, Bok Bok, Dexplicit, Deville, Nguzunguzu, and JCC, with his deep love of cultural clashes and the exploration of possibilities, Shelf-Index also participates in the Bi-Annual vintage Canto-Pop party series ( presented by Trentchtown Music ), and picked up the duties to curate 2014’s FreeSpace Festival (alongside Mike Orange @ Chochukmo and William Lane @ HKNME), bringing in artists ie DJ/ Rupture and Howie Lee for local collaborative performances.

Shelf also picked up the position of Creative Consultant at Renaissance Foundation since 2013.From 2015-2017 he worked on the audio/visual project “Gravity Alterstra” with Alok and vocalist Janni, actively performing in Festivals and live events, and also runs a regular column in Boom Magazine, promoting the party culture.In 2018 Shelf-Index has once again back on the field as a DJ/ solo artist, and has been sharing the same stage with artists such as Zuir, Abyss X and Minor Science.