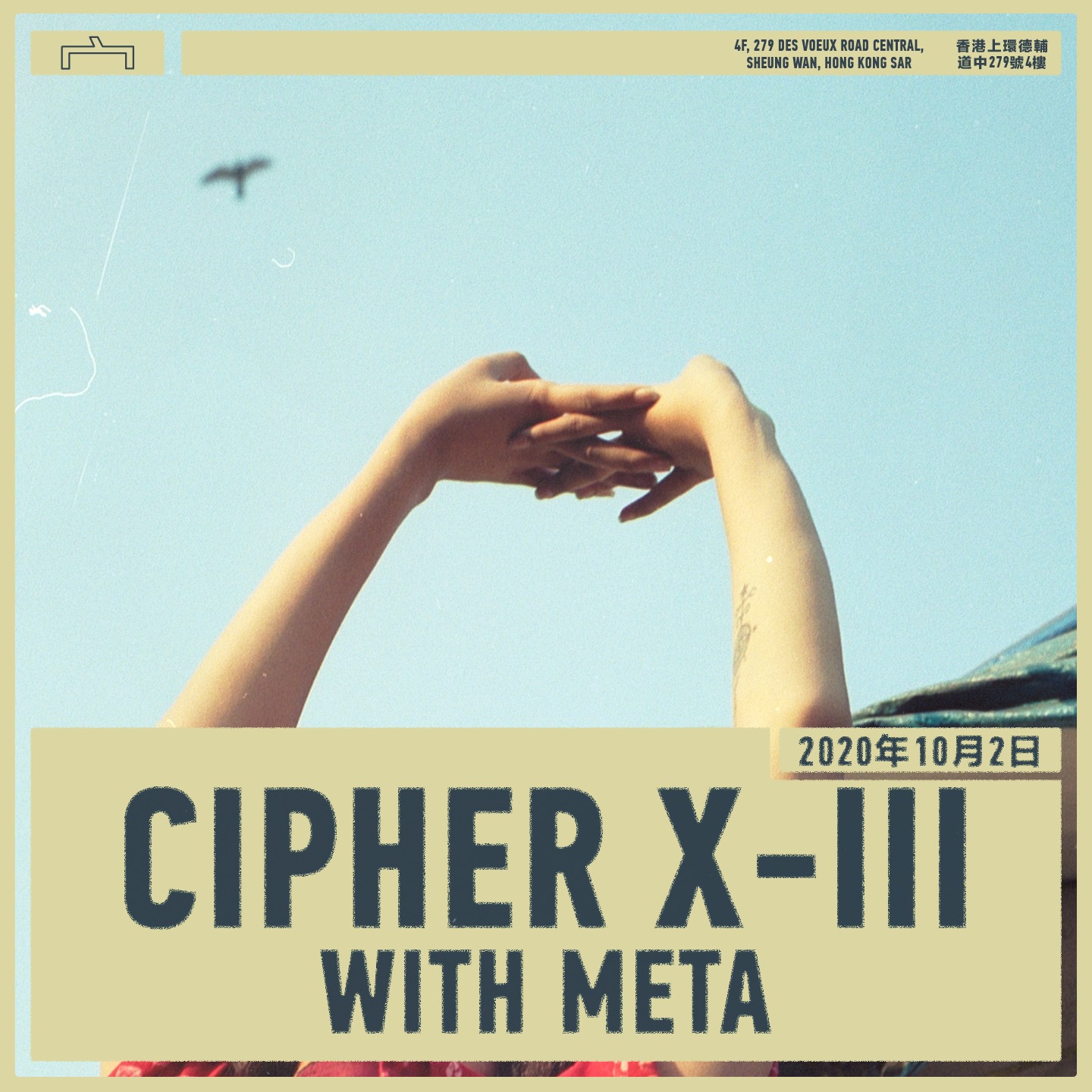 We are really thrilled to FINALLY welcome back Hong Kong’s Techno collective “Cipher” for their third chapter of their X series at 宀. X-III will be fully controlled by Cipher resident “meta”.

Born and raised in North London, music has been a consistent undercurrent throughout meta's life; from his early days spent recording his favorite songs from the radio, and to the influences from his parents' and friends' selections. Having initially focused on primarily playing psychedelic trance, an introduction to Sandwell District's revered 'Feed Forward' LP signaled the start of a new phase. A torrent of new influences then led meta on a meandering path of esoteric techno.

At present, meta avoids sitting in any one pocket; content more with crossing over and exploring genre mutations. By embracing every personal musical imprint, he tries best to convey these broad elements onto the dance floor. With a growing reputation as a versatile taste-maker; meta's forward thinking yet nostalgic approach continues to draw praise.

Based in Hong Kong, he is a resident of Cipher, and a regular selector on the local scene.