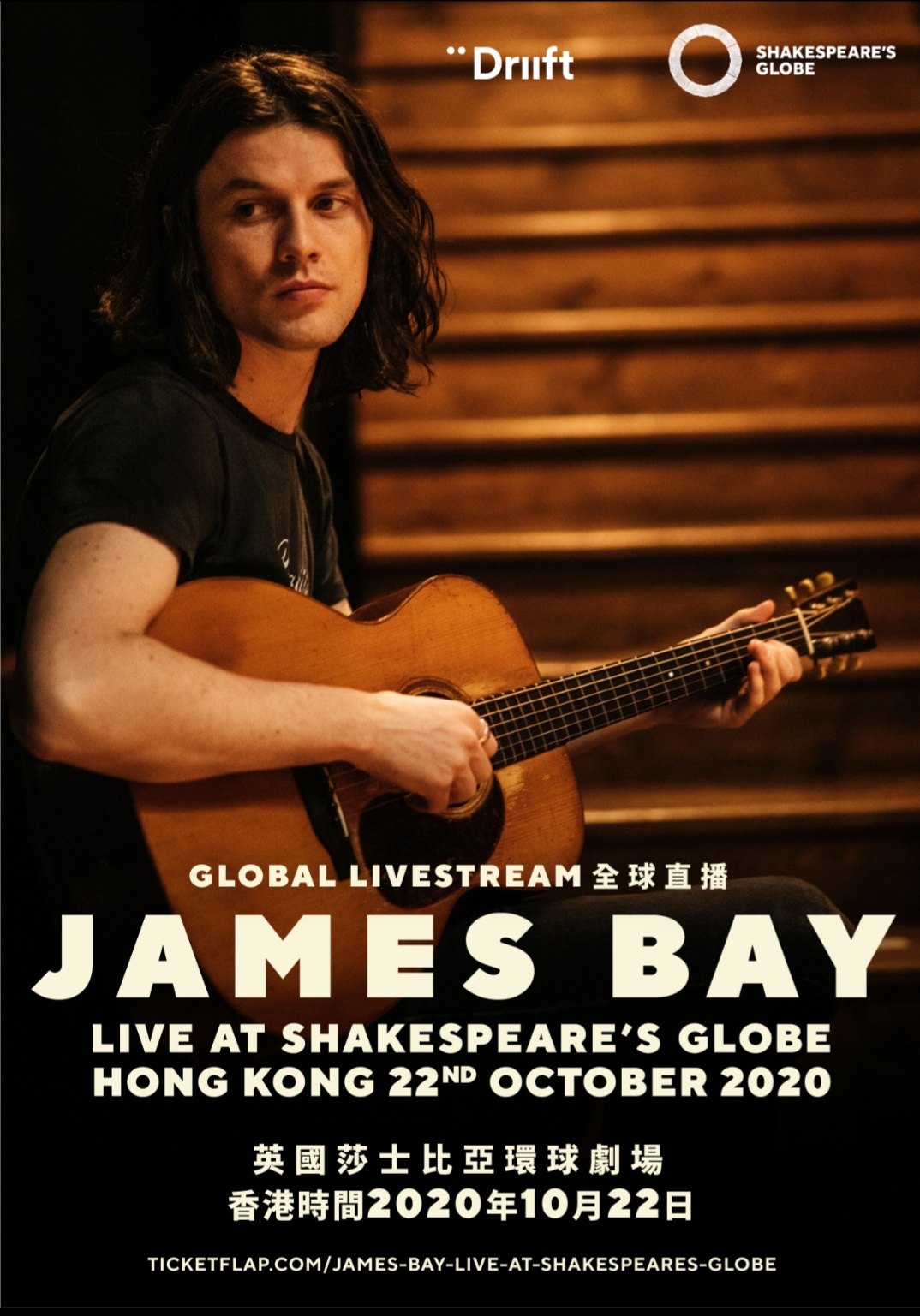 British creative talent James Bay,
Live broadcast of the online concert at Shakespeare's Globe Theatre in the UK on October 22, 2020.

Since his debut, James Bay, a talented British creative talent, has relied on his handsome appearance, The melancholic temperament and diverse creations are not only popular among music fans, but also unanimously praised by professional reviews.

It was nominated for three Grammys, and there was also a blessing for the best male singer of the year in Britain, which was really applauded. Hong Kong at 5:00 pm on October 22 (Thursday), James Bay will be at the historically valuable British Shakespeare At the Globe Theater, a special live online concert is held.

The official promotional video of this performance can be viewed here.
Produced by Drift, this online concert will be broadcast live around the world, and Hong Kong audiences can download it on October 22 (Thursday). Tickets are bought and watched at 5 noon.