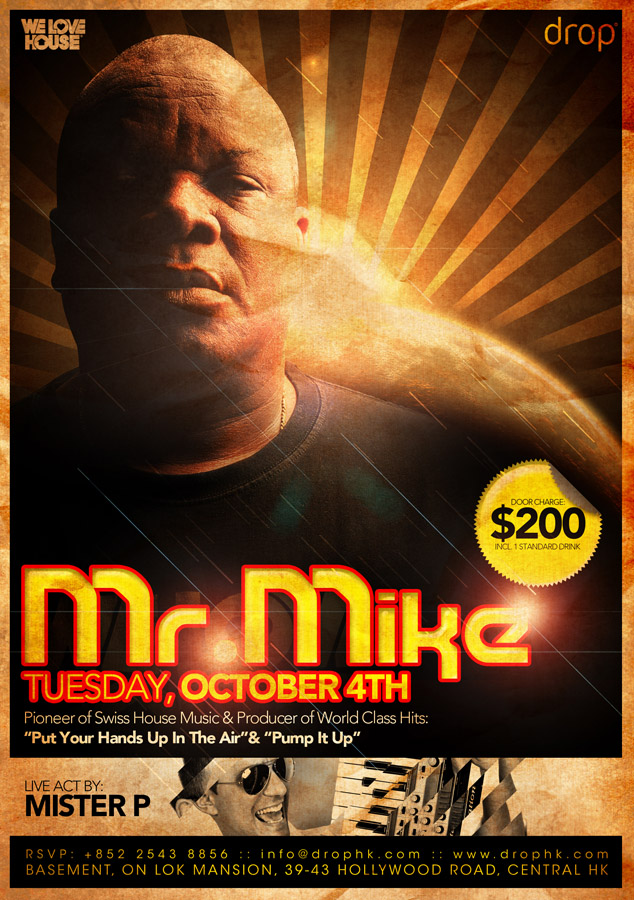 
After more than 20 years on the European Dance music scene Mr Mike need no introduction.

Born in Jamaica and raised in the UK, he discovered his true passion for music at an early age through his family and church.

come out of Europe "Why can't we live together". He spent several years in the diamond dealer's capital, mixing and developing


He arrived in Switzerland in 1987 and started working for the Swiss national radio Couleur 3.Using the radio name

Music scene. At the time he was already an accomplished Dj and MC but he also started co-organizing parties in the Montreux -