The Legendary STUDIO 54 at ARMANI PRIVE 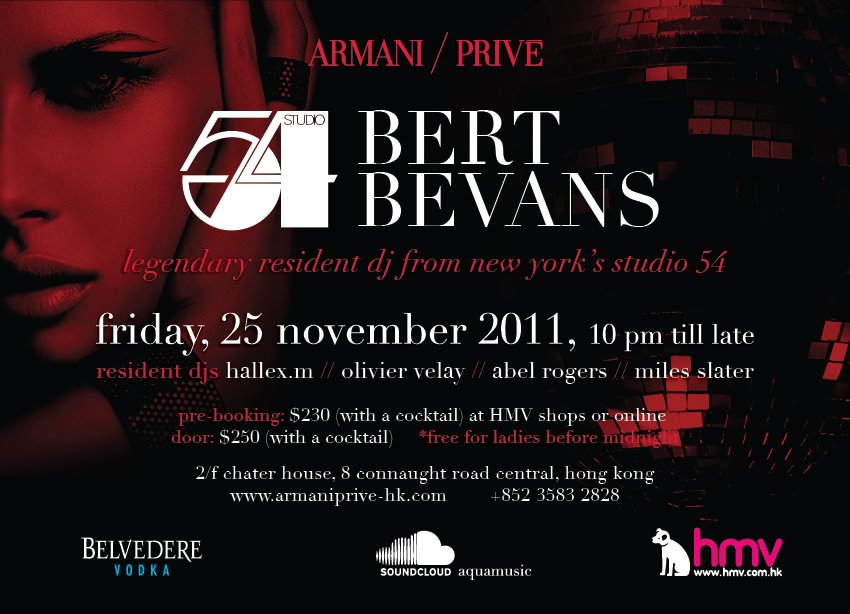 After the great success of its Ibiza party with Kiko Navarro, DJ Rork & Lady Bird...Armani Privé is proud to present another great event for the music and club addicts on Friday 25 November:

STUDIO 54 was a highly popular discotheque from 1977 until 1991. It was notorious for the hedonism that occurred within it; many huge stars where regulars every week in this out of time place that was never challenged since, anywhere in the world. It became so legenday that a movie was made in the late 2000’s.

This British Honduras born DJ who started out playing "Block Parties" in New York with Run DMC, LL Cool J and others in the early 1970's, is known for his musical ecclectism and quality of his sets, as he can easily switch from House to Disco to Soul, Funk, etc. A Music Wizard ! He ‘s been starting playing at Studio 54 from April 77 onwards, and has also been part of the first to play at Paradise Garage in New York and at London’s Ministry Of Sound.

You don’t want to miss what will be a night to remember, one of a kind in Hong Kong.