Metronomy, The Naked and Famous and The Jezabels live in Hong Kong 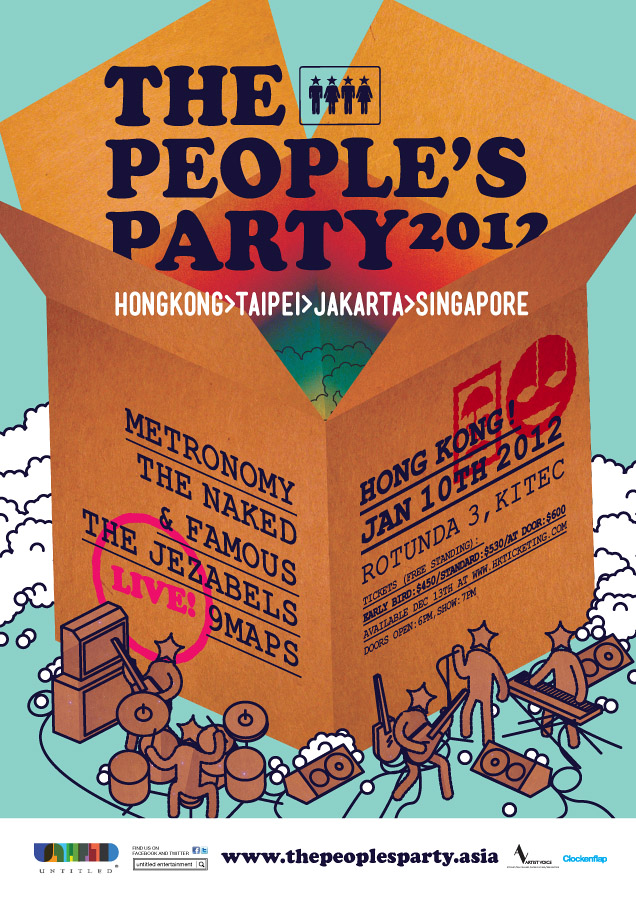 Throughout 2009 and 2010 The People’s Party (TPP) series of shows became synonymous with presenting fresh, cutting edge music talent in Hong Kong.  After taking a year’s break to focus and redefine itself further, TPP is geared up to make a groundbreaking return in January 2012 as a SE Asia regional touring festival featuring a multi-bill line up showcasing the best Asian, European, and Australasian talents. The People’s Party will drop anchor in Singapore, which will be its new flagship city, while traveling to Hong Kong, Taipei, and Jakarta.

TPP will be making its first stop in Hong Kong on January 10th at KITEC Rotunda 3 in Kowloon Bay.
With Metronomy, The Naked and Famous, The Jezabels, and 9 Maps on the bill for the evening, this line up packs a powerful punch that will no doubt knock HK audiences off their feet.

Headlining the evening’s festivities is 2011’s UK Mercury Prize nominees Metronomy. With their unique and dynamic brand of feel good sunset pop-funk this quartet has already struck a strong chord and garnered a loyal underground following amongst the Asian indie elite. Three albums in and a famed live show leave us giddy with delight at having them over for their SE Asian debuts. New Zealand’s chart topping #1 artists The Naked and Famous join in riding the crest of a wave of popularity that has seen them grow in profile across the globe.  We defy you to listen to ‘Young Blood’ and not be instantly hooked. Sydney four-piece, The Jezabels, complete TPP’s return bill, and are our tips for future greatness.  A cocktail of power and elegance, the band have been on a non-stop world tour stunning audiences everywhere they go. With their star on the rise we couldn’t be more proud and excited to present their first full tour of the region.

So join us for the return of The People’s Party – a celebration of good music and good people. Great times!