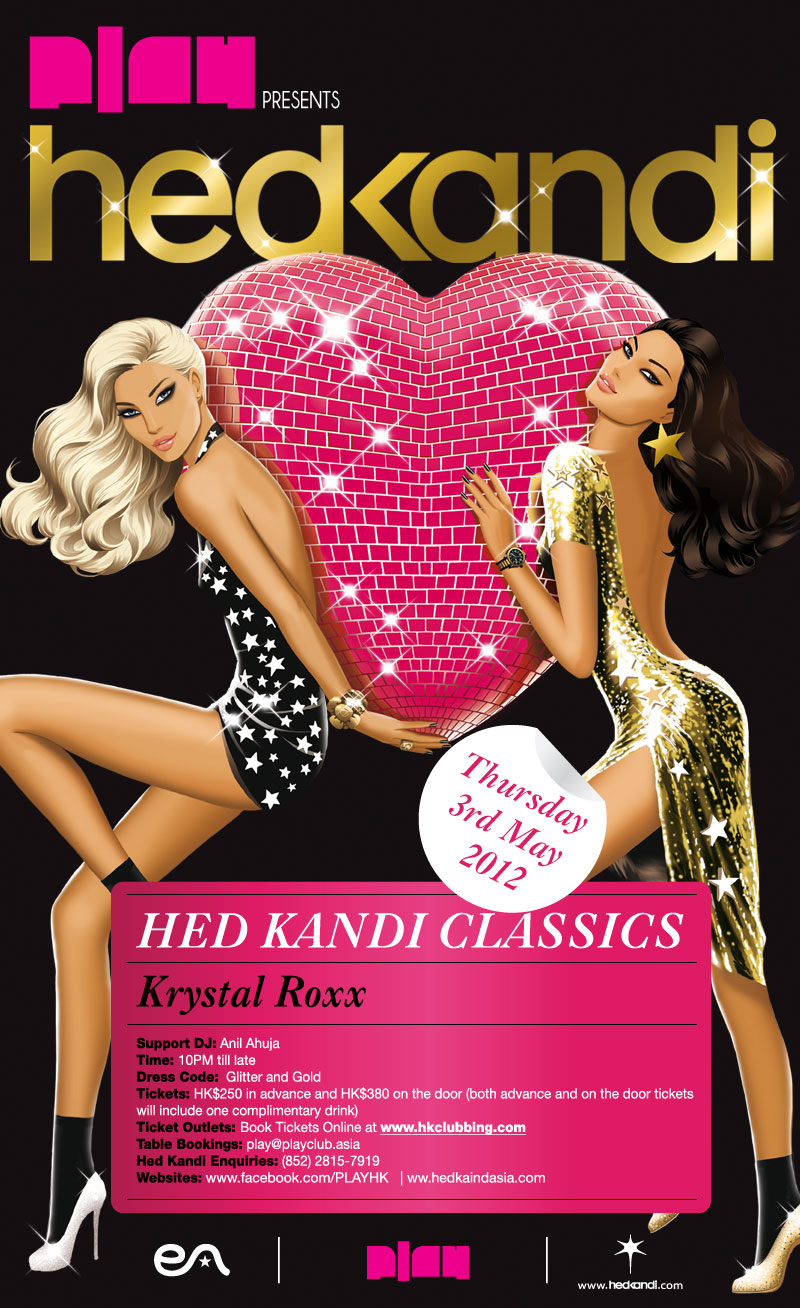 With winter behind us and with the anticipation running high to start the summer party season, what better way to fire up the sizzling summer than with the legendary music brand Hed Kandi?

On May 3rd, join us for PLAY presents Hed Kandi Classics. Let loose as the lure of summer takes over. PLAY’s exceptional 8,000 square foot space will be transformed into a tantalizing summer playground designed to set your temptations free.

Indulge in an enthralling evening of beautiful people, electric surroundings and Hed Kandi’s hottest hits that will have you tearing up the dance floor!

Online ticket sales has now ended, but you can still purchase tickets on the door at the event!


The DJ - Krystal Roxx
Krystal Roxx is a DJ and producer who loves to read and rock a dance floor.

She is a Hed Kandi resident, playing some of the biggest clubs worldwide including Cape Town, India, Bangkok,Phuket, Brazil, Italy, Zante, Belgium to name a few. Performing across London at a list of residencies including Merah, Cafe de Paris, Bungalow 8, The Hoxton Pony and Ministry Of Sound. As well as playing at some of the most lavish events and fashion shows across the world for London Fashion Week, Swarovski, Ducatti, Finland Vodka, Lipsy, ASOS, OK Magazine and BPM at The NEC.

Krystal is the official DJ for The Girly Show Lounge performing with JLS, The Hoosiers, Daisy Lowe and Mathew Williamson. And this year Krystal Roxx became the official UK DJ for Taio Cruz for Universal Music.

She is sponsored by Vestax and produces is Logic and Ableton, using The Bridge to remix live!


Krystal Roxx has presented for the Hed Kandi podcast, Reelkandi, Global Radio, The DJ Show & has her own weekly show coming soon on Kane FM. Krystal Roxx is in love with music and sets a mood that elevates the crowd and fills the dance floor!