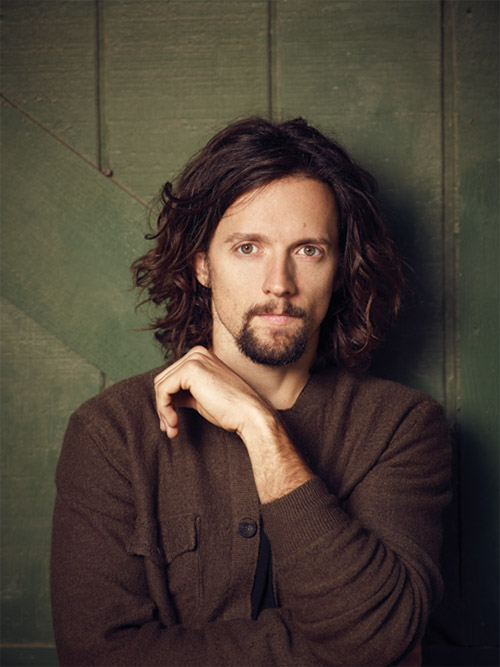 Atlantic recording artist Jason Mraz has announced plans for a major worldwide tour, dubbed “TOUR IS A FOUR LETTER WORD.” He will be staging at the AsiaWorld-Arena on June 24. Tickets on sale 10am Monday April 23. This will be the second time that Jason Mraz is playing in Hong Kong with a sold-out show here previously in 2009. The newly announced dates will celebrate the release of his hugely anticipated new album, “LOVE IS A FOUR LETTER WORD.”

The album – which features the hit single, “I Won’t Give Up” – arrives in Hong Kong stores and at all online retailers today. The global trek, which sees Atlantic Records labelmate Christina Perri opening on the North American leg, will get underway in early June with a series of Asian dates that includes shows in South Korea, Thailand, Malaysia, Indonesia, Hong Kong, Taiwan, and Singapore.

“LOVE IS A FOUR LETTER WORD” is available now via http://jasonmraz.com/preorder.  A variety of unique packages offer fans the opportunity for first access to ticket pre-sales for Jason’s upcoming tour--available only to people who pre-order through jasonmraz.com. Packages include exciting extras such as a limited edition t-shirt featuring Jason’s own Instagram photos, a hand-numbered lithographed poster, a bumper sticker, a tote bag, a magnet set, an instant download of the recently released “LIVE IS A FOUR LETTER WORD” EP, and an array of additional album content such as demos, videos, and special bonus tracks.  All pre-order packages will also include an exclusive track, entitled “Collapsible Plans,” which is not available anywhere else.

Meanwhile, “I Won’t Give Up” is proving another pop smash for Mraz, having arrived as the week’s #1 most added track at Hot AC radio outlets nationwide upon its February impact date.  The track is currently bulleting its way towards the top 10 at Hot AC, while also earning major airplay at Triple A outlets across the country.

With worldwide sales nearing 1 million, “I Won’t Give Up” debuted in the #1 slot on Billboard’s “Digital Songs” chart one week before its January release – the first #1 “Digital Songs” debut since Lil’ Wayne’s “She Will (Feat. Drake)” topped the chart in August 2011.
The song also quickly ascended to #1 on iTunes’ “Top Songs” and “Top Pop Songs” charts, while simultaneously topping digital retailer charts around the world.

The “I Won’t Give Up” companion video – directed by acclaimed filmmaker Mark Pellington (Bruce Springsteen, U2, Pearl Jam) – has just been added at VH1, where it is currently #7 on the channel’s Top 20 Music Video Countdown. The clip has further drawn more than 2 million individual views at Mraz’ official YouTube channel, located at www.youtube.com/user/OfficialJasonMraz.  In addition, the “I Won’t Give Up” lyric video has seen over 13 million individual views since its surprise arrival earlier this year.

“The Freedom Song,” penned by Seattle-based singer/songwriter Luc Reynaud – whom Jason hails as “a kindred spirit in a time of healing”– marks the first cover version to be included on a Mraz studio release.  An official lyric video for “The Freedom Song” is streaming now at both YouTube and http://jasonmraz.com.  The lyric video of “93 Million Miles” and “Everything is Sound” are also available at YouTube http://www.youtube.com/watch?v=u5WiqJFq2-o

In February, Mraz released an iTunes exclusive EP, entitled “LIVE IS A FOUR LETTER WORD.”  The four track collection – featuring live acoustic renditions of two songs from “LOVE IS A FOUR LETTER WORD” alongside longtime favorites, “I Never Knew You” and “You Fckn Did It” – was an instant sensation, reaching #2 on the iTunes “Top Pop Albums” chart as well as #5 on the overall “Top Albums” ranking.

Furthermore, a very special Tangrams online game has just launched on Mraz’s official website, offering fans a weekly puzzle based upon the striking artwork featured on “LOVE IS A FOUR LETTER WORD.”  Upon solving each week’s puzzle, fans will receive an exclusive track or acoustic video featuring songs from the new album.  For more, please see http://jasonmraz.com/puzzle.

* * * * *
One of the modern era’s most gifted pop troubadours, Jason Mraz’s extraordinary musical journey has taken him from coffee houses to stadiums all over the world, with two GRAMMY® Awards and six nominations already to his credit.  His 2008 third album, “WE SING. WE DANCE. WE STEAL THINGS.” was an indelible global blockbuster, earning gold, platinum and multi-platinum certifications in 21 countries around the world.  The album’s lead single, “I’m Yours” was ASCAP’s 2010 “Song of the Year” and also holds the record for being the longest-running song in the history of the Billboard “Hot 100” chart.  A prolific songwriter, Mraz has been feted with a number of honors, including the Songwriters Hall of Fame’s esteemed “Hal David Starlight Award,” presented to gifted songwriters who are making a significant impact in the music industry via their original songs.

Mraz spent much of 2011 road-testing the songs from his as-yet-untitled new album touring alongside his longtime friend, percussionist Noel “Toca” Rivera.  The worldwide trek – which included performances in North America, Africa, Europe, Asia, and Australia – saw Mraz celebrating music’s lasting power to inspire change and help others through global citizenship.  Among the journey’s many highlights were multiple sold out shows at such iconic venues as Australia’s Sydney Opera House, New York City’s Carnegie Hall, and Spreckels Theatre in Mraz’s adopted hometown of San Diego.

Long known for his many philanthropic activities, Mraz recently announced the establishment of the Jason Mraz Foundation (http://jasonmraz.com/foundation/), devoted to supporting a number of charities for which he has been a dedicated and impassioned advocate.