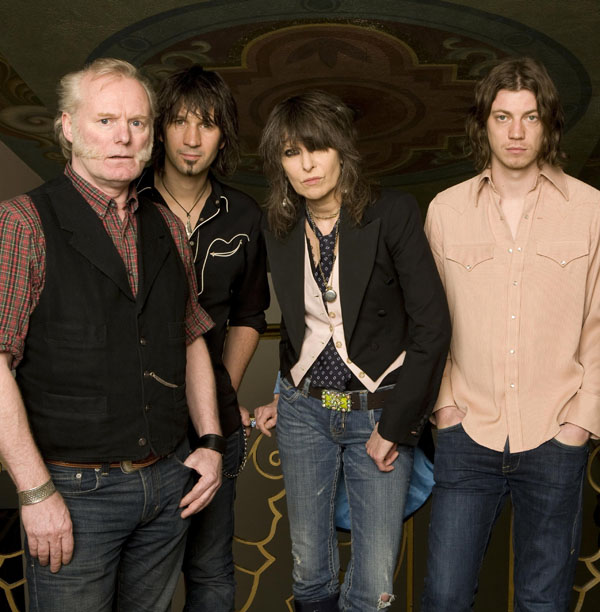 Lushington Entertainments proudly presents legendary British band, PRETENDERS for one night only at the Star Hall @ KITEC on Thursday, 20 September 2012. Tickets will go on sale 24 May 2012 at 10am.

Get ready for singer-songwriter Chrissie Hynde’s signature vocals as the PRETENDERS perform their hits and more. Their mix of punk, new wave, rock and pop hits have consistently placed them on the Billboard charts and their self-titled debut album was named one of the best albums of all time by VH1 and Rolling Stone.

Pretenders were formed in 1978 with singer Chrissie Hynde on vocals, Pete Farndon on bass, James Honeyman-Scott on guitar and Martin Chambers on drums. They released two LP’s, Pretenders – which charted at #1 in the UK and #9 in the States - and Pretenders II, and one EP, Extended Play. The band enjoyed worldwide chart success with singles including Stop Your Sobbing, Kid, Brass In Pocket, Talk of The Town and I Go To Sleep. The band was constantly on the road and enjoyed heavy MTV rotation. In 1982 they were dealt a difficult year: a parting of ways with Pete Farndon being swiftly followed by the death of James Honeyman-Scott. Pete’s death came a year later.

Subsequently the band’s line-up remained fluid and the band went on to release the albums Learning to Crawl, Get Close and Packed! between 1984 and 1990. The single Back On The Chain Gang from Learning To Crawl became their biggest success in the US, staying at #5 for three consecutive weeks. Get Close included the Top 10 singles Don’t Get Me Wrong and Hymn to Her. In 1987, the Pretenders also had theirs songs If There Was A Man and Where Has Everybody Gone? featured on the Bond film “The Living Daylights”.

After a 4-year hiatus came the band’s next release Last of the Independents, followed in 1995 by Isle of View, a live acoustic album recorded over two nights in London with the Duke String Quartet. 1999 saw the release of Viva El Amor, the last album to be released on longtime label Warner Records, and their next album Loose Screw was released on Artemis Records in 2002. Neil Young inducted the Pretenders into the Rock and Roll Hall of Fame in 2005, and their next release, Break Up The Concrete, came in 2008. The band have toured the world and performed in front of over 5 million people. Pretenders continue to play together.