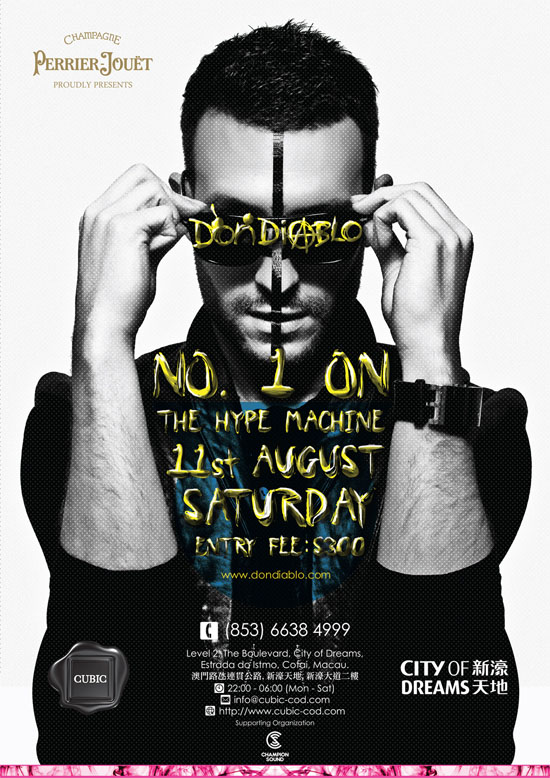 Dutch producer & DJ DON DIABLO has built a massive online following by sharing unreleased music with the online blog community for the last two years which resulted in several no.1 positions on U.S. website ''The Hype Machine'' and praises from Pete Tong, N.M.E. and even Kanye West. Don is not only a one man sweatshop in the studio, he is also known for his energetic DJ shows that have rocked festivals and clubs around the globe including: Glastonbury, Creamfields, Space (Ibiza) and the Australian Summadayze & Future Music festival tours alongside Mark Ronson, Pendulum, MGMT and many others..

DON can also be credited for discovering and signing 'Exceeder' by Mason on his deceased ''Middle of the road" label which became a top 3 hit in the U.K. after it's international release. To top it all off in 2011 Don also launched his own blog
(www.dondiablog.com) and also started a successful series of podcasts on iTunes.  Watch out for Don's international debut album which will hit the shelves before the summer of 2012 on Columbia Records, with whom he has recently signed a new world wide record deal.