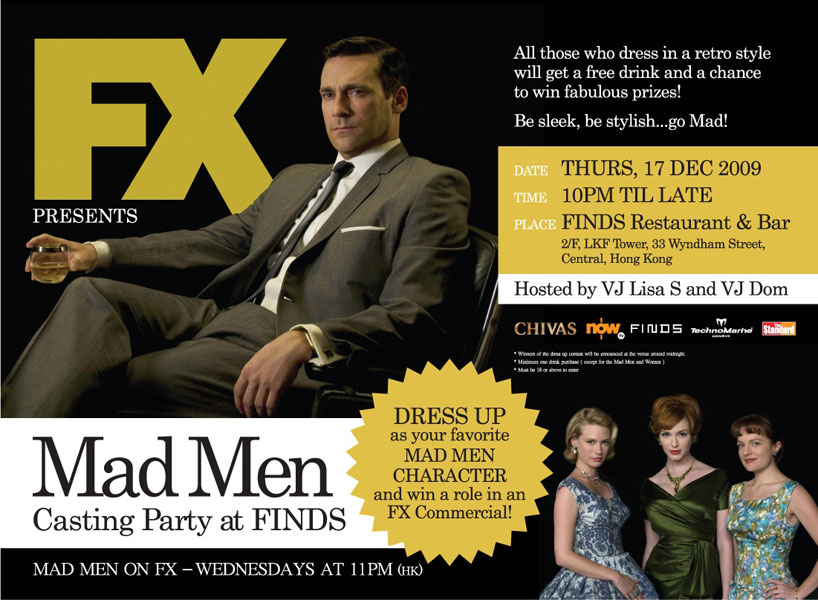 MAD MEN, the seminal TV drama that has won multiple awards, is coming to Hong Kong.

MAD MEN has received critical acclaim, particularly for its historical authenticity and visual style, and has won multiple awards, including nine Emmys and three Golden Globes. It is the first basic cable series to win the Emmy Award for Outstanding Drama Series.

Got Mad acting skills? Or just want to dress Retro?

Then show us the goods.

Dress up as your favorite MAD MEN character and you could win a role in an FX commercial, plus a load of other fabulous prizes!

All those who dress in a retro/vintage style will get a free drink.

Be Sleek. Be Stylish. Go Mad.