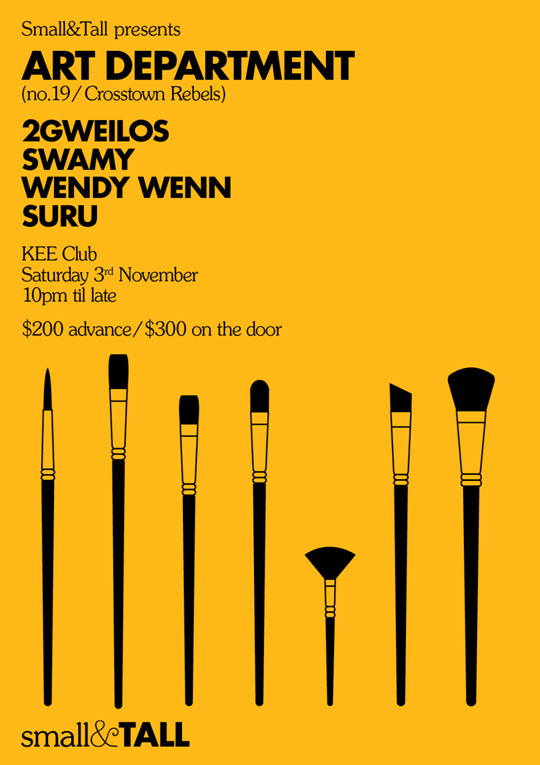 After 'force majeure' deprived us of their sonic delights earlier this year, we promised to bring them back... and now after months of planning, we're very happy to say that Art Department are heading this way on 3rd November.

The duo of Kenny Glasgow and Johnny White, despite being friends and stalwarts of the Toronto electronic music scene, had not joined forces in the studio until 2009, when Damian Lazarus called on them to do a remix (of Riz MC) for Crosstown Rebels. As individuals both Kenny and Jonny have released countless critically acclaimed records and are regarded internationally as two of the most forward thinking, revolutionary underground producers out of North America.

The result of this auspicious union was an entirely new futuristic and raw, synth-driven, underground and melodic deep house sound with Kenny's (now) famously haunting live vocals. A sound that draws cues from the best of both artists and continues to set dancefloors worldwide on fire. Art Department was born...

The night also sees our own Swamy, 2Gweilos and the return of Wendy Wenn gracing the decks after a couple of months off.

Staying true to our word, for those of you who bought tickets to catch them last time, these will still be valid as long as they were bought before we announced Francesca and Jozif (that's quite a few of you, and it will say Art Department on the ticket. We have your names on our list)